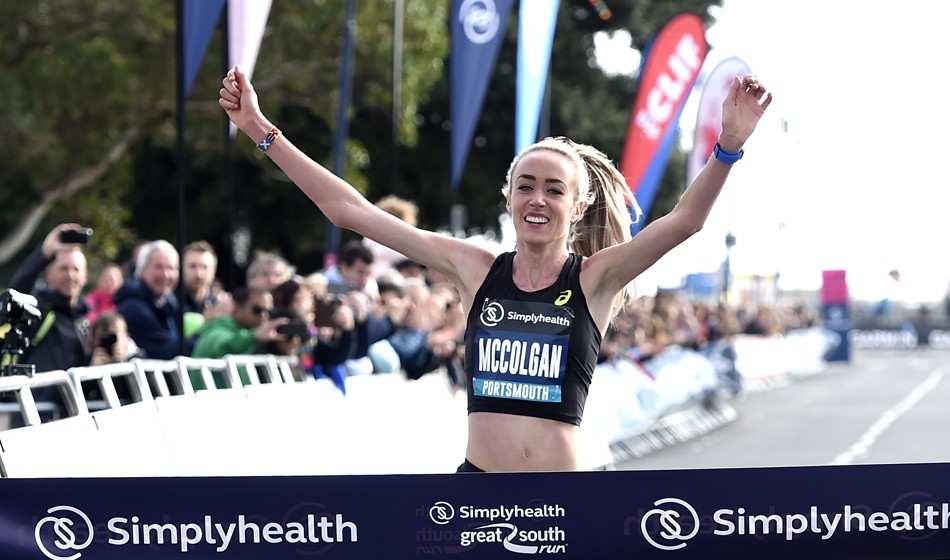 Eilish McColgan will be among an estimated 16,000 runners tackling the Great South Run on Sunday (October 17).

Now she hopes to end her season with victory over 10 miles in the Great South Run. If she manages it, this will be her third win in the event following first place in 2018 and 2019.

McColgan is already quicker than her mum – as Liz’s best of 52:00 from the 1997 Great South Run sits No.5 on the UK all-time lists. Given her form, could Radcliffe’s record be under threat?

“’I’m really excited to be back in Portsmouth for the Great South Run,” McColgan said. “After its cancellation last year, I’m more eager than ever to get on the start line with everyone and can’t wait to be back racing! Hoping for some good weather and a fast time.”

Thompson ran the Olympic Marathon in August and has been building back to fitness since that gruelling 26.2-miler in Sapporo. Cairess, though, ran 61:57 to place fifth in the Great North Run last month, while Rowe is also in form after a close third place behind Marc Scott and Andy Butchart at the Great Manchester Run recently.

Millington has not raced since the spring but when fully fit he has sub-28-min ability for 10,000m.

The Great South Run weekend begins on Saturday (Oct 16) with a 5km and Junior and Mini events for children, ahead of the main 10-mile event on Sunday.