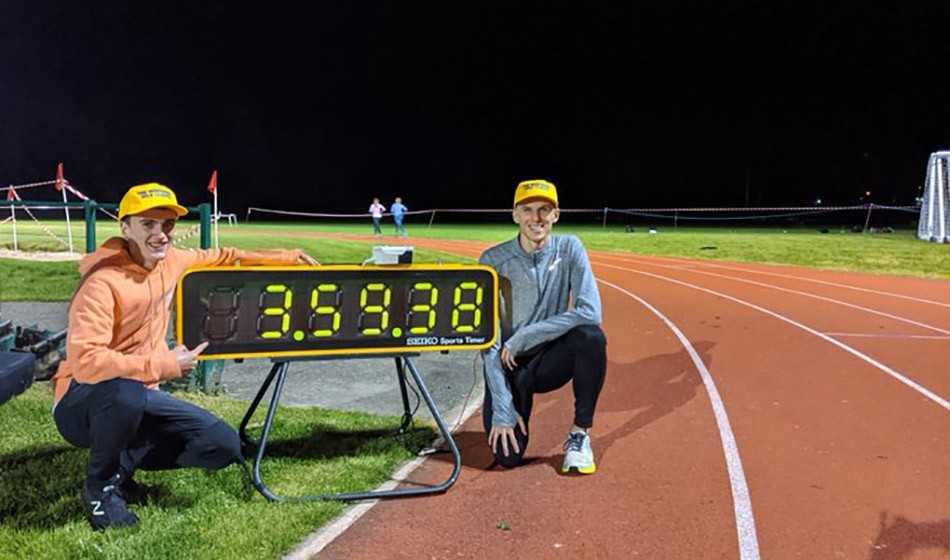 Back when Sir Roger Bannister achieved his historic sub-four-minute mile on the Iffley Road track, it was described as the Everest of athletics.

Quite fitting, then, that after running his own first sub-four track mile to win at the Monument Mile Classic in Stirling, Jonathan Davies was due to be following it up by targeting a mountain climb feat – the National Three Peaks Challenge.

The Birmingham Track Elite runner, who won the British indoor 3000m title in February, clocked a PB of 3:59.36 in the elite men’s race on Friday (September 18), with Ian Crowe-Wright also joining him in dipping under four minutes as he ran a big PB of 3:59.61.

The pair became the first athletes in 11 years to clock a sub-four-minute mile in Scotland, with Kenya’s Gideon Gathimba and Bethwell Birgen having been the last when they broke the barrier in Aberdeen in 2009.

“I am absolutely thrilled with that,” Davies told Scottish Athletics.

“I’m well aware it has been a long time since sub-four was run in Scotland and it’s great to have that next to my name now.

“I was confident and hopeful but I’ve run 4:00 twice before in my career – once on the road and once on the track – so it’s never certain. I ran 3:39 for 1500m in midweek so that was a further boost but this was a lot harder!

“I was at the front for longer and you are so conscious of trying to hit the target times,” he added. “But the pacer did well and the whole event was brilliantly set up for it.

“It was a bit chilly but, again, I think we all appreciated there was no wind and that gave everyone a great chance to chase PBs. I’m sure there were many across the races.”

His next task was to climb the highest mountains in England, Scotland and Wales.

“Attempting what is quite possibly the first sub-4-minute mile and 3 peak challenge in 48 hours,” the GB international wrote on Instagram.

Attempting what is quite possibly the first sub ⏱ 4 minute mile and ⛰ 3 peak challenge in 48 hours with these fine gentlemen… + @ol_armstrong 🏴󠁧󠁢󠁥󠁮󠁧󠁿🏴󠁧󠁢󠁳󠁣󠁴󠁿🏴󠁧󠁢󠁷󠁬󠁳󠁿 Race 9.30 tonight… streamed on Facebook!

Full results from the event, organised by Central AC in partnership with the University of Stirling, can be found on the event’s Twitter feed.