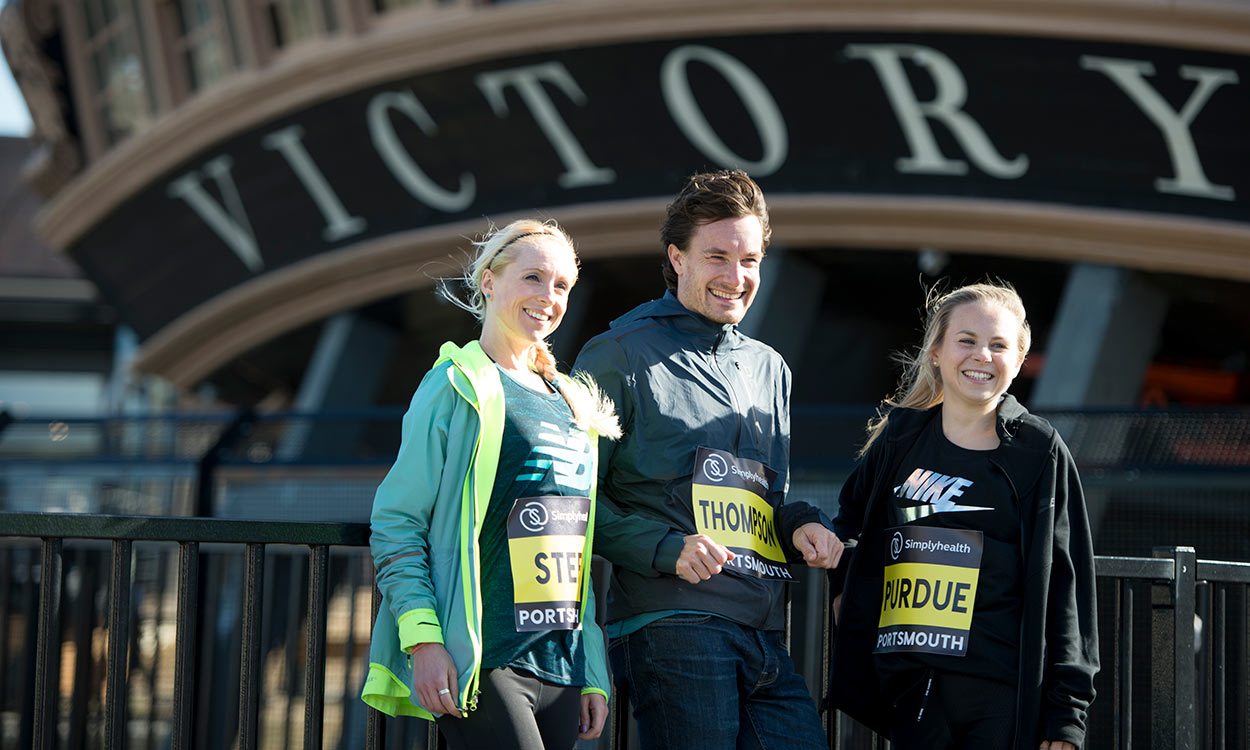 The 2016 champion is back to race in Portsmouth and Southsea, while Gemma Steel and Charlotte Purdue line up in the women’s race

Chris Thompson will be using experience to his advantage on Sunday when he returns to the roads of Portsmouth and Southsea to defend his Simplyhealth Great South Run title.

The 36-year-old claimed a clear victory in the 10-mile event ahead of his Aldershot, Farnham & District club-mate Andy Vernon 12 months ago and hopes to continue his winning ways following recent success at the Bank of Scotland Great Scottish Run and Robin Hood Half Marathon.

“I think I’ve very much learned to not worry or get frustrated by what I can’t do and just really cement the things I can,” said Thompson. “I think in Scotland I did that, I executed that really well – I played to my strengths on that day and didn’t worry about what the other guys could do and I need to do a similar thing on Sunday.”

The 2010 European 10,000m silver medallist, who has faced serious injury battles over the past few years, added: “I will be a different athlete on Sunday to what I was in Scotland – I’m not going to be the same person because I change from day-to-day based on how my body is reacting.

“I will suss myself out, suss the weather out and suss the athletes out and hopefully I can bring together a victory.

“I think whatever happens – win, lose or draw – I’m going to reflect on these last two months as ‘that was highly successful’. I just want to finish the job off now.”

Among those lining up to challenge Thompson on Sunday will be English National cross country champion Ben Connor, who has a 10,000m track PB of 28:23.58 from this summer and makes his 10-mile debut, plus 2016 Great South Run third-placer Matt Sharp, with the former world under-23 triathlon champion just four weeks out from having run 2:16:02 at the Berlin Marathon.

“I’m feeling pretty good about it,” said Purdue, who impressed with her 13th-place finish at the World Championships and returned to action by claiming the runner-up spot at the Great Scottish Run. “It takes me a few (races) to get going (after a marathon) but I feel like the Great Scottish was a good run considering the weather conditions.”

The 26-year-old is set to run her third marathon of the year next month but says the Saitama Marathon in Japan will be more “for fun”.

“Obviously I love running and I love racing, it’s just another opportunity,” she explained. “This next one I’m basically just doing for fun, if there is such a thing!”

For Steel the race is a chance to see where she is at ahead of the winter.

“I think it’s a nice one to sign off with ahead of the cross country season,” said the 31-year-old, who ran her fastest half-marathon of the past couple of years to finish sixth at last month’s Great North Run. “I think it’s a very important one because it’s where I started – it was one of my first big breakthrough races and it’s always nice to come back. It’s a good measuring stick – it’s a flat course and you can see where you are in terms of your fitness.

“I think the speed is coming back little by little,” added Steel, who has recently increased her amount of track training. “Hopefully it will fare well on Sunday but I don’t think it will be about fast times, I think it’s going to be more about strength.”

The weather conditions are set to be less than ideal on Sunday, though Saturday’s forecast is much worse and has led to the cancellation of the 5km plus the Junior and Mini Great South Run events.

“The latest Saturday forecast in Portsmouth and Southsea received at 17:30 on Friday predicts strong winds with gusts in excess of 50 mph and heavy rain, making conditions unsuitable for participants,” read a statement from event organisers The Great Run Company.

Communications director David Hart added: “We understand this will be disappointing news to the 3000 adults and children who were planning to take part, but the safety of participants, spectators and of all those associated with the staging of the events is always our number one priority.

“We thank everyone who will be affected by the cancellation for their understanding.”

Entrants can find the most up-to-date information available on the Simplyhealth Great South Run website.