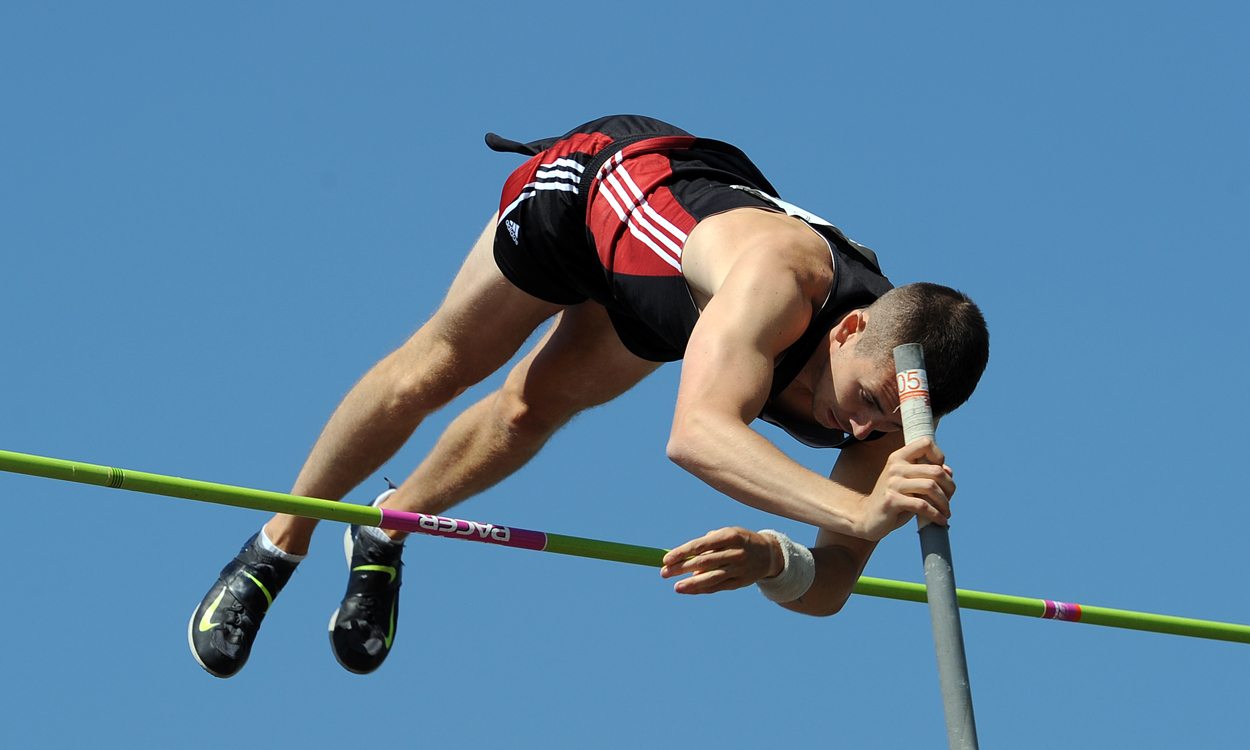 Charlie Myers broke the championship record with a 5.36m clearance to claim the pole vault title at the BUCS Championships on Sunday, while there were 100m victories for Diani Walker and Marvin Popoola.

Competing at the Bedford International Stadium, conditions were warm and sunny on the second day of the three-day championships.

Northumbria Uni student athlete Myers had cleared a PB of 5.50m over the winter and he got his summer season off to a winning start with his third best ever outdoor performance at his final BUCS Championships. 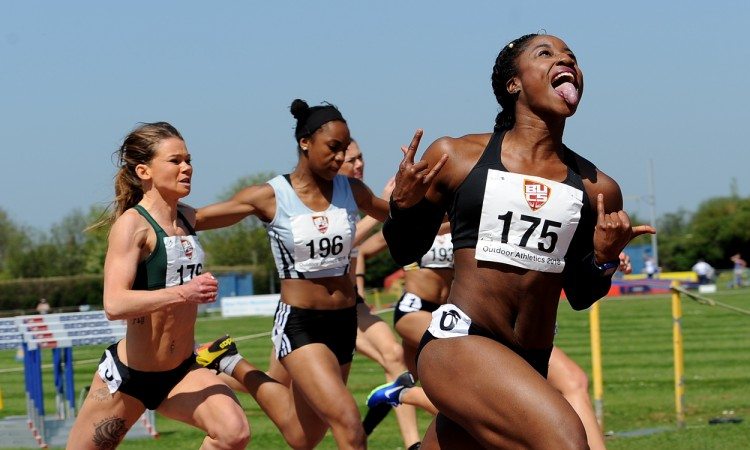 Taylor Campbell was another athlete bringing his BUCS career to a close with a victory and he threw 68.28m for his fourth consecutive hammer win.

Although disappointed with the distance, the 21-year-old was pleased with the victory, which followed his fifth-place finish at the Commonwealth Games.

American heptathlete Chari Hawkins won the long jump with a leap of 6.26m, while Manchester’s Naomi Ogbeta claimed the triple jump title with a mark of 13.46m.

» Results can be found here. Further coverage will be published online following Monday’s finals, while the May 10 issue of AW will include reports, pictures and results