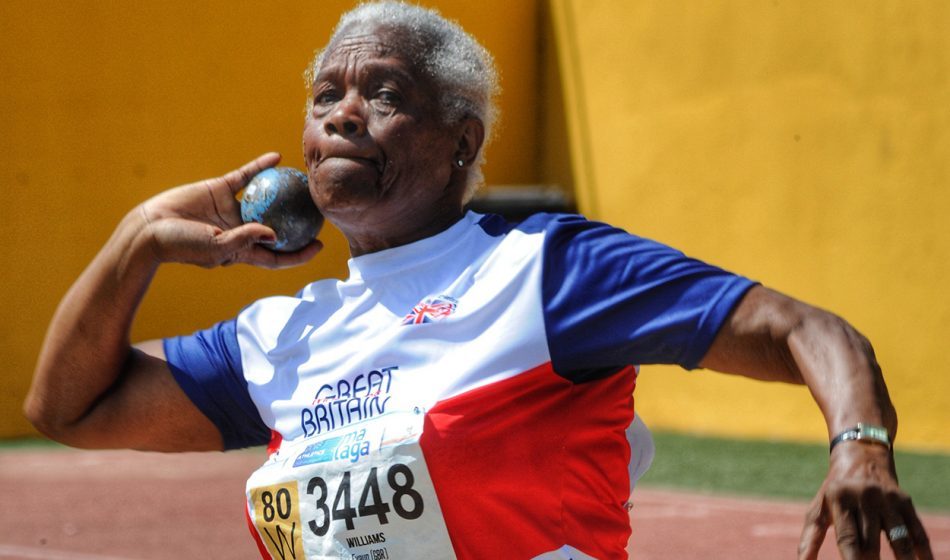 A preview to the British Masters Indoor Championships

However, the postponement of the latter due to the coronavirus means this weekend’s British Championships is now the masters highlight of the season and it has attracted 652 individual entries.

Among the athletes participating are the overall 2019 European masters athletes of the year, W80 thrower Evaun Williams and M70 walker Ian Richards.

Williams competes in three W80 events while Richards goes in the 3000m walk hoping to make amends for last year when he was disqualified in both 3000m races in the indoor and outdoor championships.

Also participating is British masters athlete of the year and AW readers’ poll winner Clare Elms. She is entered for the W55 800m, 1500m and 3000m but will probably focus on the latter where last year she set a world record in winning the overall women’s race. But this year she has no time targets.

Both her and Richards will receive British masters athlete of the year awards at Lee Valley.

Another world record-setter and European and world champion who could be in action is W50 pole vaulter Irie Hill.

Germany-based Hill’s target may be her 3.51m leap set in Poland last winter.

Another potential record-breaker is British M55 high jumper Steve Linsell who has already equalled his 1.70m best this winter.

One of the busiest athletes of the day and the most successful should be Diana Norman.

Already a multi title winner in the W40 category, she should be highly successful in her first championships in the W45 age-group and the recent setter of the British pentathlon record here goes for the 400m, 800m, 60m hurdles, high jump, long jump, triple jump, shot and javelin.

Another busy multi-events athlete is Alan Leiper, who competes in nine M55 events.

In the sprints, new M50 Jason Carty will be looking to improve on his recent British 60m record of 7.17 while other male sprinters to look out for are M40 TJ Ossai, M50 Darren Scott and M90 Dalbir Singh Deol.

In the W60 sprints, multi record-setters Caroline Powell and Helen Godsell have avoided each other with Godsell here going in the 200m and Powell in the 60m and 400m.

European masters sprinter of the year Don Brown goes in the M55 60m and 200m and he also lines up in the 60m hurdles where he also set a UK record last week at Lee Valley in a great tussle with Barrie Marsden, and the pair meet again.

Other hurdlers to look out for include W60 Jane Horder, M40 Mensah Elliott, M45 Joe Appiah and M80 Tony Bowman.

The throws other than the shot will be held outdoors and likely to make an impression are W35 Lucy Marshall, W75 Lis Sissons, M55 Steve Whyte and M80 John Watts.

The track action begins at 9.30am on Saturday with the hurdles events and finishes with the women’s 3000m around 5pm on Sunday.

» Look out for our social media and online coverage this weekend, with full reports in next week’s magazine