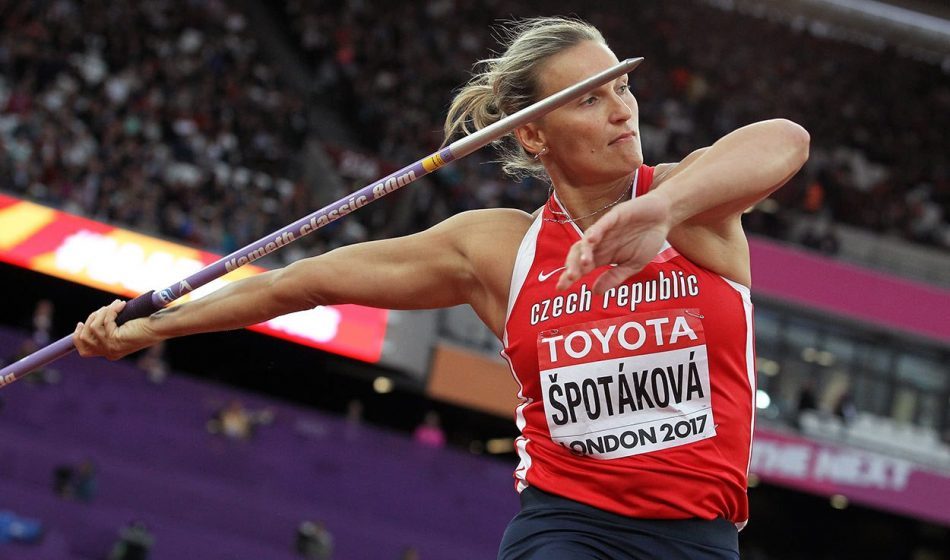 Great experience prevailed in the javelin final on Tuesday as the world’s best ever, Barbora Spotakova, regained the world title a decade after claiming her first global gold.

Returning to the stadium in which she won her second Olympic title five years ago, the Czech world record-holder threw 66.76m in the second round and couldn’t be beaten.

Lingwei Li had the throw of her life to come close, 66.25m securing the two-time Asian champion the silver, with Huihui Lyu claiming a second medal for China after her throw of 65.26m for bronze.

“It was the reason for me to continue after Rio – the vision of London and coming back to London, I just love this stadium,” said the winner. “I feel so strong, so confident here.

“The whole day I was thinking about my last world title which was 10 years ago in Osaka. Actually, it is also almost exactly five years since my Olympic title here in London. These facts made me feel very emotional and I could not believe it is such a long time ago.”

After a foul in the first round, Olympic champion Sara Kolak threw 64.95m on her second attempt to take the lead but that prompted what would prove to be a winning response by Spotakova.

Launching the javelin to 66.76m, the 36-year-old soared into the top spot.

Li improved to 63.01m in the second round but went even better in the third, while Lyu’s best came in the fifth round as she bumped Kolak off the podium.

The Rio gold medallist couldn’t respond and fouled her final attempt to miss out on a second senior major medal.

“It has not been easy for me in the past half year because I had several injuries during training,” said Li. “I am quite surprised I improved my performance and won the silver medal.”

Earlier on in the shot put, Lijiao Gong of China, Michelle Carter of the United States and Anita Marton of Hungary led the qualifiers but Britain’s Rachel Wallader did not reach the final after a best of 16.81m to finish 23rd of the 30 athletes.

Zuzana Hejnova of the Czech Republic was the fastest qualifier from the women’s 400m hurdles semi-finals in 54.59 ahead of Thursday’s final. Olympic champion Dalilah Muhammad of the United States also cruised through, while Britain’s Eilidh Doyle made the final as one of the fastest losers after coming third in Muhammad’s semi in 55.33.

“With hurdles anything can happen,” said Doyle. “It’s just who executes the best race on that night, who gets the strides right, who nails the hurdles and who doesn’t make mistakes. When that happens it’s anybody’s and at least I put myself in the final and I can be in contention to do that.”

There was no joy for Doyle’s GB team-mate Meghan Beesley, however, as she was sixth in her semi in 56.61.