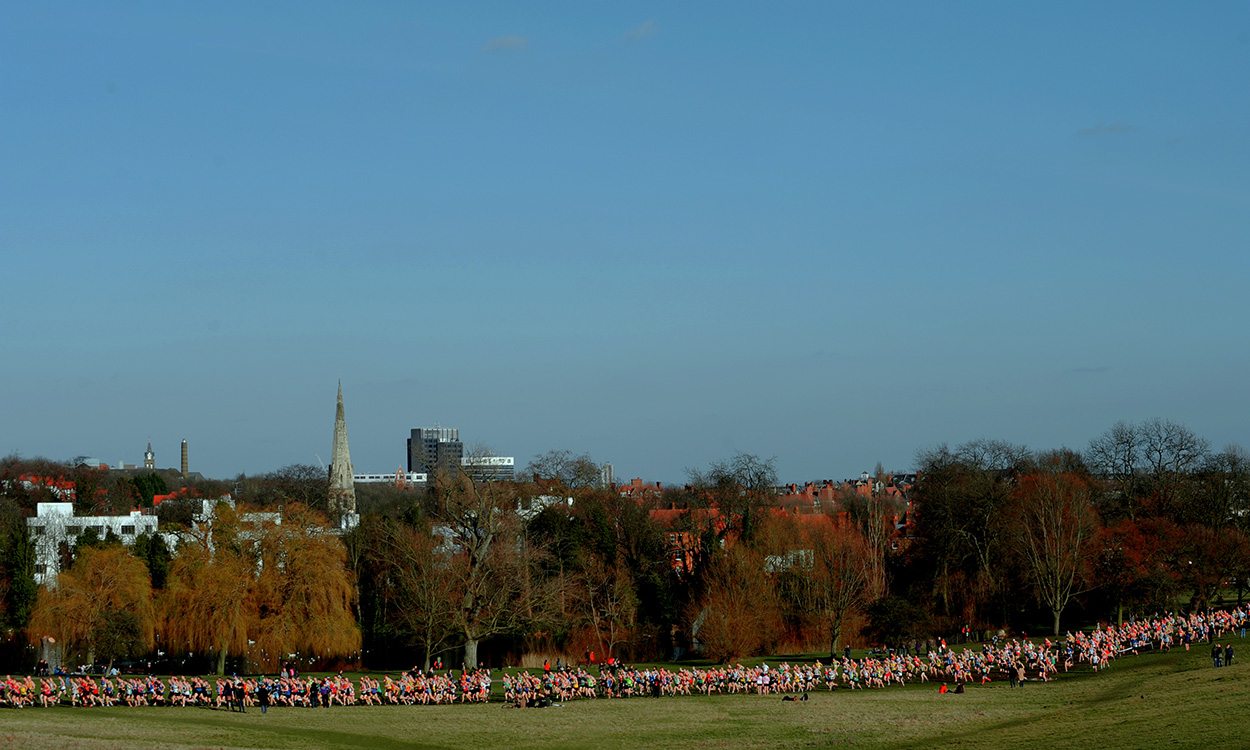 A look ahead to English, Scottish and Welsh National events at Parliament Hill, Callendar Park and Singleton Park

Heading for the Hill

The famous uphill start with the London skyline background and gruelling course on Hampstead Heath is one of the most popular and most photographed venues in the world. It is surely also worthy of a world championships.

There has been an astonishing entry of 9569 runners over the 10 races and there have been encouraging numbers across all the age groups.

As ever, the biggest event is saved to last and the senior men’s race, being held for the 131st time, has 3486 entered, easily the most in the past decade.

With the distraction of Inter-Counties titles and big upcoming indoor and road events, not everyone entered will compete but there are some tremendous contests in prospect.

On paper the best races could be the under-17 men’s race and the junior men’s where triathlon stars Alex Yee and Ben Dijkstra potentially take on the three area champions, plus former under-17 winner Mahamed Mahamed, who won the Milton Keynes senior race this winter.

Falkirk’s Callendar Park will provide the familiar backdrop to the Lindsays Scottish National XC on Saturday, but there could well be some new names running their way to the top of the podium in the senior races this year.

Callum Hawkins was a resounding winner 12 months ago and he, along with brother Derek, as well as Andrew Butchart, have dominated the event in recent years.

However, none of that trio will be competing this year and Lachlan Oates of Shettleston, who currently leads the scottishathletics grand prix standings with two races to go and was third in Falkirk last year, will start as one of the favourites.

He will face stiff opposition, however, from the likes of Dundee Hawkhill’s Kris Jones, second last year, and Central AC’s Alastair Hay.

In the senior women’s race, which covers 10km like the men, injury has robbed Central’s Morag MacLarty of the chance to defend her title.

Eyes will turn to the likes of Steph Pennycook, the Scottish international from Edinburgh Uni Hare and Hounds who tops the women’s Grand Prix standings.

Coverage of the event will reach new heights this year as Scottish Athletics introduces drone footage for the first time.

In addition to highlights videos, an ‘as live’ online broadcast will also be available from 7pm on the evening of the event.

The race at Singleton Park in Swansea will be his first test on the country since leading the early stages of the European Cross Country Championships before withdrawing with injury.

Beth Kidger of Brighton Phoenix will return to defend her senior women’s title and will aim to fend off last year’s runner-up, Cardiff AAC’s Clara Evans once again.

Action in Swansea starts at 11:00 with the under-13 boys race and culminates at 2:55 with the senior and master men’s contest.

» Check out the February 22 edition of AW magazine, which is available to buy and read digitally here, for our full two-page preview to the action at Parliament Hill, Callendar Park and Singleton Park, including timetables for each event