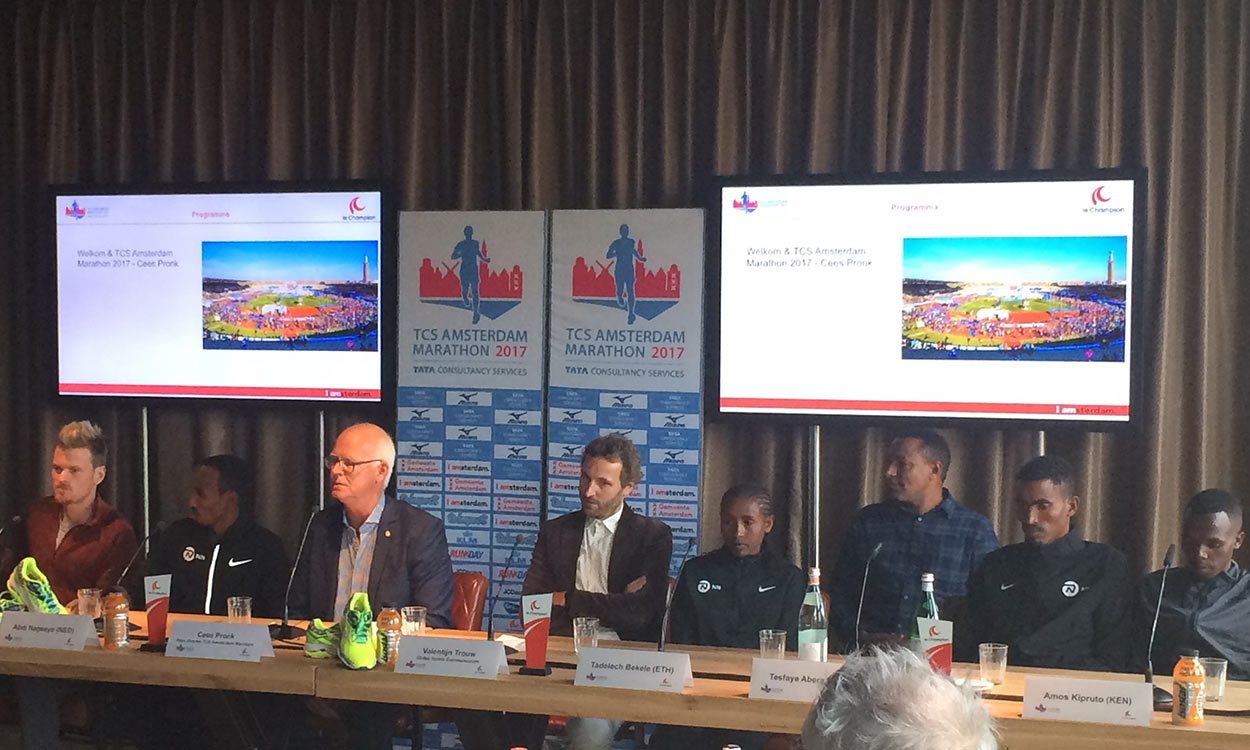 Tesfaye Abera and Tadelech Bekele among athletes in action, while Zane Robertson makes his marathon debut

The course records could come under threat when the 42nd TCS Amsterdam Marathon takes place on Sunday (October 15).

Tesfaye Abera and Amos Kipruto are among those looking for fast times in the men’s race, while Tadelech Bekele and Gladys Chesir could challenge the women’s mark.

“I trained well, feel fit and think I will perform well,” said the Ethiopian. “I’m going for the win and a fast time.”

Kenya’s Seoul Marathon winner Kipruto, who has a PB of 2:05:54, and three-time winner Wilson Chebet, who has a marathon best of 2:05:27, are set to be among Abera’s main rivals.

Speaking at the pre-event press conference (pictured), the 27-year-old, who set the New Zealand half-marathon record of 59:47 in 2015, said: “I want to be the fastest non-African runner by finishing under 2:07 for the first time.

Highgate’s Shaun Dixon, who has a PB of 2:25:04, is among the entries, as are Swansea Harriers’ Matthew Rees and David Wyeth of Chorlton Runners, who became internet sensations earlier this year following Rees’ decision to stop and help Wyeth to continue after he collapsed during the London Marathon.

In the women’s race, Ethiopia’s Bekele and Kenya’s Chesir are sure to have their eye on the course record of 2:21:09 run by Meseret Hailu in 2012, with Kenya’s Viola Kibiwot and 2015 Boston Marathon winner Caroline Rotich likely challengers for the title.

“I’m here to run. I’d love to get the course record, but I am also very focused on a fast time,” said Bekele, who clocked her 2:22:23 PB earlier this year in Prague.

Chesir, who finished sixth at the IAAF World Half Marathon Championships last year, makes her marathon debut, but has run 66:57 for 13.1 miles.

The men’s entry list can be found here, while the women’s is here.