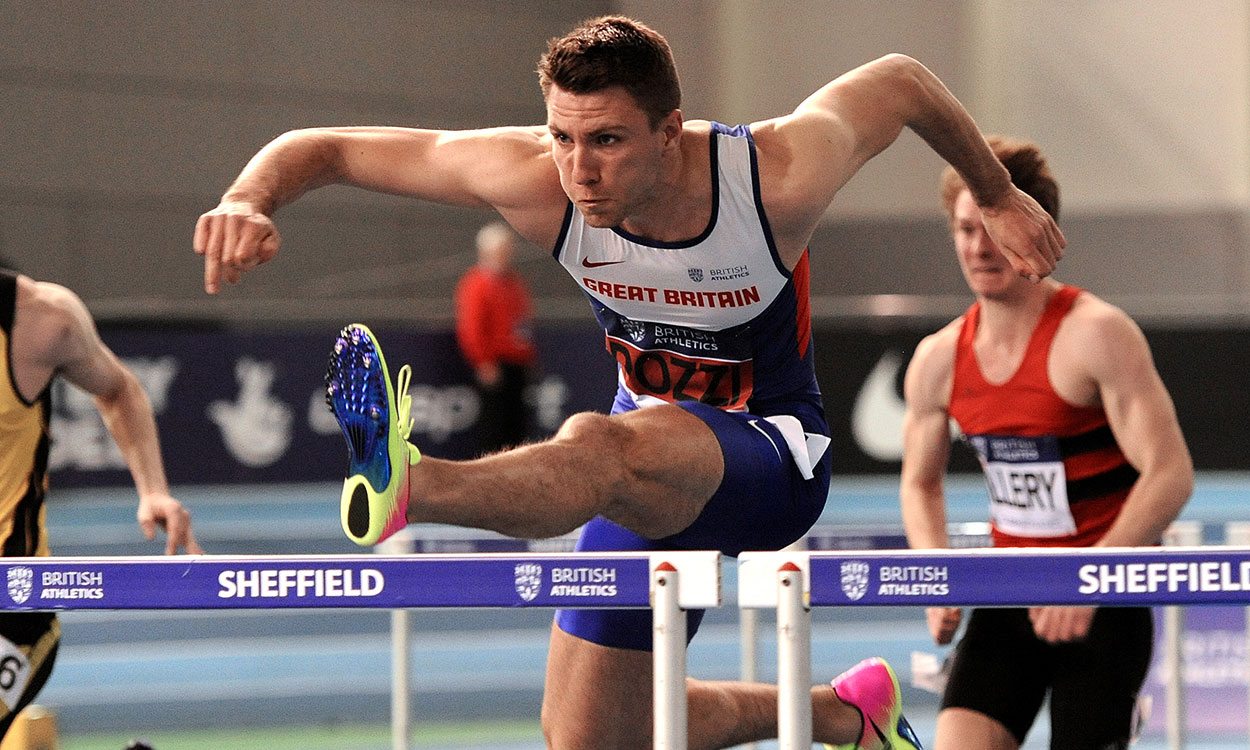 Asha Philip and Andrew Robertson win 60m titles and secure spots for European Indoors, while Pozzi further proves promise ahead of the event in Serbia

Andrew Pozzi equalled his world leading time before returning to the track to retain his 60m hurdles title on the first day of British Athletics Indoor Team Trials action in Sheffield.

Clocking 7.44 to break the stadium record and match the PB he achieved when winning in Karlsruhe the weekend before, Pozzi stormed through the first round and later held his nerve to dominate the final, winning in 7.51 to secure his spot for next month’s European Indoor Championships.

David King is set to join him in Belgrade as he clocked 7.76 for silver and had already achieved the standard, while bronze went to Jake Porter with a 7.86 PB.

Another athlete in fine current form is David Omoregie, but the 21-year-old, who has run 7.63 twice this season, will have to rely on selectors’ discretion if he is to join Pozzi and King in Serbia. After clocking 7.69 to win his heat, Omoregie and Edirin Okoro were both disqualified for a false start.

“I was slow to get going in that final,” said Pozzi. “I didn’t get into my stride until hurdle three – maybe that was down to being sat in the blocks for what seemed a little while after the DQ.

“I’m really happy with the times I’ve put together today, now the main aim is to try and win the championships in Belgrade.”

Richard Kilty was another athlete to see his competition come to an early end after he too was disqualified for a false start in the 60m final. The reigning European champion had earlier cruised through the rounds, running 6.66 in his heat and then 6.62 in his semi-final.

“I think stupidly more than trying to win the race, I was just chasing a really fast time,” he said. “I shouldn’t have done that today – I should have gone out to win the race.”

As it was, the final was won by Andrew Robertson, who clocked 6.57 to deny Theo Etienne with 6.59, with both athletes doing enough to gain selection for the Europeans. Also returning to the podium was 38-year-old Dwain Chambers, who ran his quickest time since 2014 with 6.62 for bronze.

While the men’s final was close, Asha Philip was a dominant winner of the women’s 60m title as she clocked 7.19 to also book her place on the GB team for Belgrade. After running a 7.39 PB to win the first heat and improving that mark to 7.37 in her semi-final, Shannon Hylton ran 7.38 in the final to secure silver. 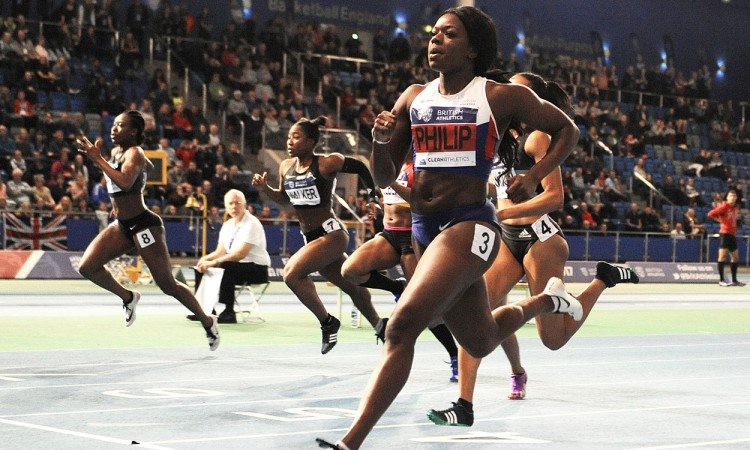 McColgan was back on the track just over an hour later to contest the 1500m heats and also qualified for Sunday’s final.

Oskan-Clarke, who adds the indoor title to her outdoor British Championships win last year, said: “I’m not too happy with the time but that will come in my next few races. I dug myself out of a hole because I wasn’t very happy with my performance last week so this was an improvement.”

Pole vaulter Jade Ive improved her overall personal best by 15 centimetres to win her first senior title, clearing a 4.26m PB on her second attempt before a first time clearance at 4.31m and then her winning height on her third attempt. That mark moves her from 12th to sixth on the UK indoor all-time list and saw her beat Wales’ Commonwealth silver medallist and defending champion Sally Peake, who cleared 4.16m.

It was a fine performance for the 25-year-old, who won at the Commonwealth Youth Games in 2008 but took some time away from the sport after injury in 2013, returning in 2015 and finishing as runner-up at the indoor British Championships last year.

“I can’t believe what’s just happened,” Ive said. “To get three PBs in one competition is just unbelievable. I’m ecstatic.”

Over in the shot put, Rachel Wallader improved her own stadium record to 17.43m to retain her title ahead of Sophie McKinna with a 16.74m PB and Adele Nicoll with a 15.93m PB.

After gaining gold in the high jump last year ahead of Isobel Pooley, who is currently recovering after injury, heptathlete Morgan Lake shared the 2017 title with her training partner Bethan Partridge as both cleared 1.89m and the win couldn’t be decided in a jump off.

The mark was a PB for Partridge, while the result secured Lake a place on the GB team for the European Indoors, with the 19-year-old having cleared 1.92m in Hustopec.

Dan Bramble successfully defended his long jump title, moving from bronze medal position to gold with his last jump of 7.80m to beat multi-eventer Ashley Bryant with 7.71m. Dan Gardiner was a close third with 7.70m. One leap was all it took for Nathan Fox to successfully defend his triple jump title, but his indoor PB of 16.53m was an agonising 17 centimetres short of the European qualifying distance. Tosin Oke – winner last year but representing Nigeria and therefore not eligible to claim the British title – was runner-up with a leap of 16.40m.

Finishing fourth in his 800m heat, Anthony Whiteman clocked 1:52.96 to smash the world M45 best of 1:56.10, also going quicker than the outdoor best for the age category. Guy Learmonth went fastest overall in the first round, clocking 1:50.06 to qualify for Sunday’s final. Kyle Langford won a close first heat in a 1:51.95 indoor PB from Markhim Lonsdale’s 1:51.96.

In earlier sprint action, Yeovil athlete Ronnie Wells had to the track to himself after successfully appealing his false start in his 60m heat. But, after lining up to race against the clock for a semi-final spot, he was disqualified again and his competition came to an end. “I’m an idiot. LOL,” he later wrote on Twitter. “Only I could manage to win an appeal and false start in a time trial.”