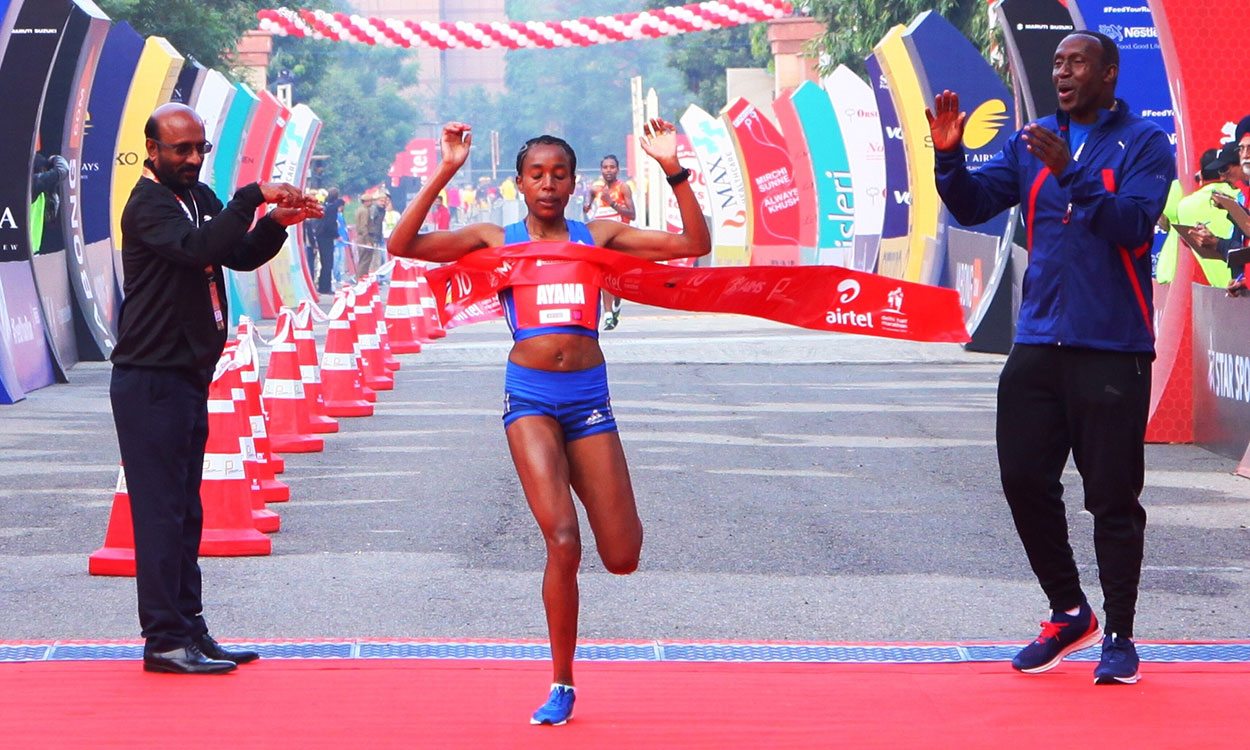 A look at some of the top performances from the past week both overseas and in the UK, including podium places for British athletes Amy-Eloise Neale and Charlotte Taylor at the NCAA Cross Country Championships

While the 30th British and Irish Masters Cross Country International was taking place in Northern Ireland over the weekend (report here) there was plenty of other action both overseas and in the UK. Here are some of the highlights.

Kenya’s 2015 world marathon silver medallist Helah Kiprop was fourth in 68:07, one place ahead of reigning champion Worknesh Degefa from Ethiopia (68:09).

In the men’s race, Birhanu Legese (59:46) and Andamlak Belihu (59:51) took an Ethiopian one-two, with Leonard Korir third in 59:52, missing the American record by just nine seconds.

Ethiopia’s Asefa Negewo (59:54) and Kenya’s Jorum Okumbo (59:58) also broke the one hour-mark in fourth and fifth, with world marathon champion Geoffrey Kirui from Kenya sixth in 60:04.

Ednah Kurgat won the women’s race in a time of 19:19.5. The big surprise was Britain’s Amy-Eloise Neale who was second in 19:27.0, ahead of fellow Brit Charlotte Taylor. Taylor, the NCAA 10,000m champion who ran for Britain in the London World Championships, timed 19:28.6.

Previously the only other female British athlete to have made the top three in this event was Kate Avery, who won in 2014.

Cheptegei won in 41:17, the second fastest ever. He finished more than one minute ahead of Ethiopia’s Amdework Welelegn (42:40) and Kenya’s Noah Kipkemboi (42:43).

Britain’s world marathon fourth-placer Callum Hawkins said he had a hamstring niggle in the lead-up and placed 10th in 44:45.

In a close finish in the women’s race, Ethiopia’s Birke Debele clocked 48:52 ahead of Kenya’s Evaline Chirchir (48:54) and Uganda’s Mercyline Chelangat (48:55).

World marathon champion Rose Chelimo from Bahrain was fifth in 49:07.

Former GB international Colin McCourt, who has been documenting his running return via a series of AW blog posts, smashed 16 minutes to win his much-followed bet in style. Read more here.

Jonathan Hopkins won the men’s race by over a minute in a PB 29:40.

Crispian Bloomfield was first man in 32:50 and Megan Evans the leading woman in 32:48.

Morpeth Harriers dominated the senior competition, extending their advantage in the men’s league and opening up a two-point lead in the women’s as Laura Weightman helped their cause by winning the senior women’s race.

James Baker added to his hundreds of outright race victories with a narrow win in 69:50.

Bryher Bowness was first woman in 78:23.

At an event which incorporates the Lancashire county championship, Karl Darcy won in 51:24, while first female was Helen Clitheroe in 59:38. County champions were David Rigby and Clitheroe.

» Further coverage and results in the November 23 edition of AW