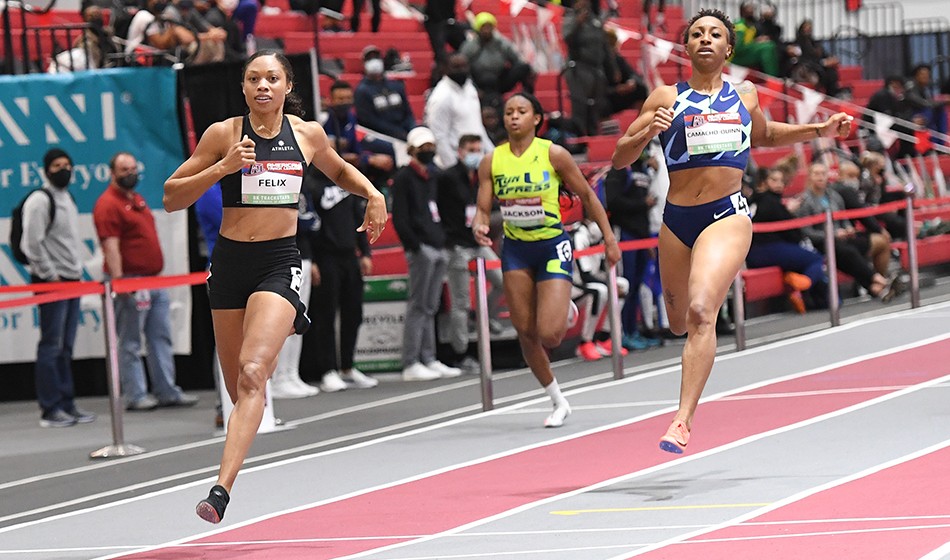 It was a busy week and weekend with top-class action at Toruń (report here) and the British trials (reports here and here) and a sensational 10,000m by Marc Scott in the US (report here) but there was plenty of other top action in Europe and the USA.

Ryan Crouser won the shot with 21.93m despite food poisoning on Friday meaning he had lost 15 pounds.

There was a top quality women’s shot put competition with three all setting PBs over 19.50m with Raven Saunders winning in 19.57 from Maggie Ewen’s 19.54m and Jessica Ramsey’s 19.50m.

A fuller report and leading results are available for AW subscribers in the Clubhouse section here.

Gianmarco Tamberi improved on his Toruń form to set a world lead of 2.35m to win the high jump, going clear first time before trying at an Italian record height of 2.38m.

ICYMI, this is how @gianmarcotamber set that world lead of 2.35m over in Italy.

Just look at the celebration!pic.twitter.com/Xkj2G7ybPi

Dario Dester set an Italian heptathlon record of 6076 while Marcell Jacobs won the 60m with 6.55.

Paweł Wiesiołek set a world lead and PB of 6103 in the heptathlon.

Femke Bol followed up her Toruń win as she took another two hundredths of a second off her recent national record and European lead with 50.64.

Liemarvin Bonevacia also did the Euro lead Dutch record double as he won in 45.99.

Valentin Lavillenie won his first French pole vault title with 5.77m as his brother, the former world record-holder Renaud, was third with 5.66m.

There was a high quality men’s 800m as Mark English won in an Irish indoor record 1:46.10 from 18-year-old Cian McPhillips who ran an Irish under-23 and under-20 record of 1:46.13 as both gained Euro indoor qualifiers. McPhillips had never broken 1:50 indoors or out before.

At an altitude of 1276m Senbere Teferi won the women’s race in 70:52 while Leul Gebreselassie won the men’s race in 61:21 just ahead of Sisay Lemma’s 61:22, a time shared by both Belay Tilahun and Balew Yehune.