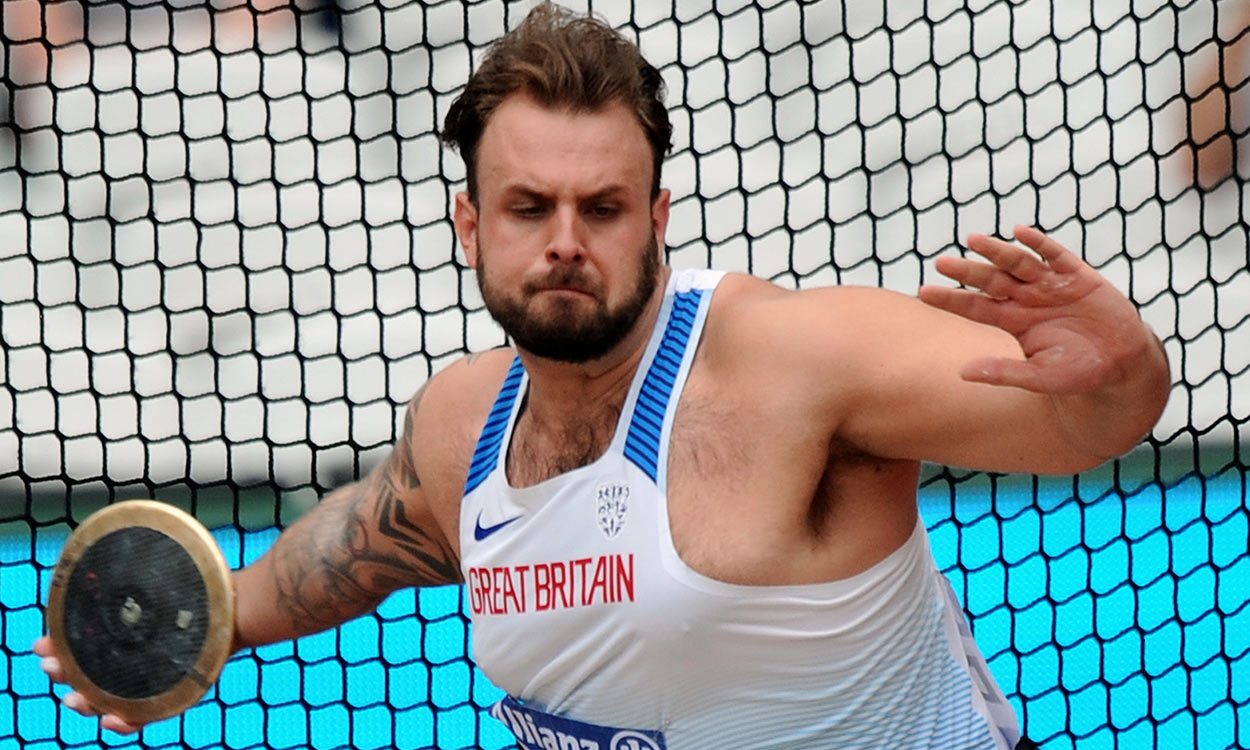 Aled Davies broke his own championship record to win his third world F42 discus title at the World Para Athletics Championships in London on Sunday morning.

Launching the implement to 51.54m, the 26-year-old secured his fifth world title overall, including his shot put victories.

“That was for you guys,” he said to the crowd afterwards. “I’m just glad I could come out here and show you a gold medal-winning performance.”

Davies had claimed Paralympic discus gold in the same London stadium five years before and won the shot put title at last summer’s Games in Rio.

“I’ve been here so many times and this stadium holds so many special memories,” he added. “It was a Sunday five years ago that I won gold here at the Paralympic Games, so to come out here and do it all again is amazing.”

Any of Davies’ three valid throws would have been enough to win, with silver claimed by Tom Habscheid of Luxembourg with a PB of 46.83m.

The Briton will now return to defend his shot put title on Saturday as he looks to do a triple double, having claimed both titles in 2013 and again in 2015.

Also in throws action for Britain was team co-captain Dan Greaves and Kieran Tscherniawsky, as they finished fourth and fifth respectively with throws of 57.01m in the F44 discus final and 9.28m in the F33 shot put final.

Discus victory was claimed by USA’s defending champion Jeremy Campbell as he broke the championship record twice, improving to 63.66m in the final round for gold ahead of Rio Paralympic champion and team-mate David Blair with 62.47m.

USA’s Lex Gillette secured his third consecutive world T11 long jump title as the visually impaired athlete leapt a best of 6.27m in the fifth round. Gold in the T20 long jump for athletes with an intellectual impairment was claimed by Abdul Latif Romly of Malaysia as he broke his own championship record with 7.37m ahead of Zoran Talic of Croatia with an area record 7.32m.

There were PBs all round in the T13 5000m for visually impaired runners, led by Youssef Benibrahim of Morocco with a world record of 14:20.69.

Australia’s James Turner broke the T36 200m world record with his time of 24.15 to win his heat, while Britain’s Paul Blake clocked a 25.29 PB to also make the final. They will be joined by Graeme Ballard after his second-place finish in the first heat.

There was an easy T13 100m heat win by visually impaired sprinter Jason Smyth as the defending champion clocked 10.73. GB’s Zak Skinner ran a PB of 11.15 but his time and fourth-place finish wasn’t enough for him to advance to Sunday evening’s final.

Canada’s Brent Lakatos and Switzerland’s Marcel Hug were among the T54 1500m winners to secure spots in Sunday night’s final, where they will be joined by Britain’s Richard Chiassaro as he cruised through to the next round.

Lakatos was back in action in the T53 200m heats a short while later and won his race in 26.62 to easily progress.