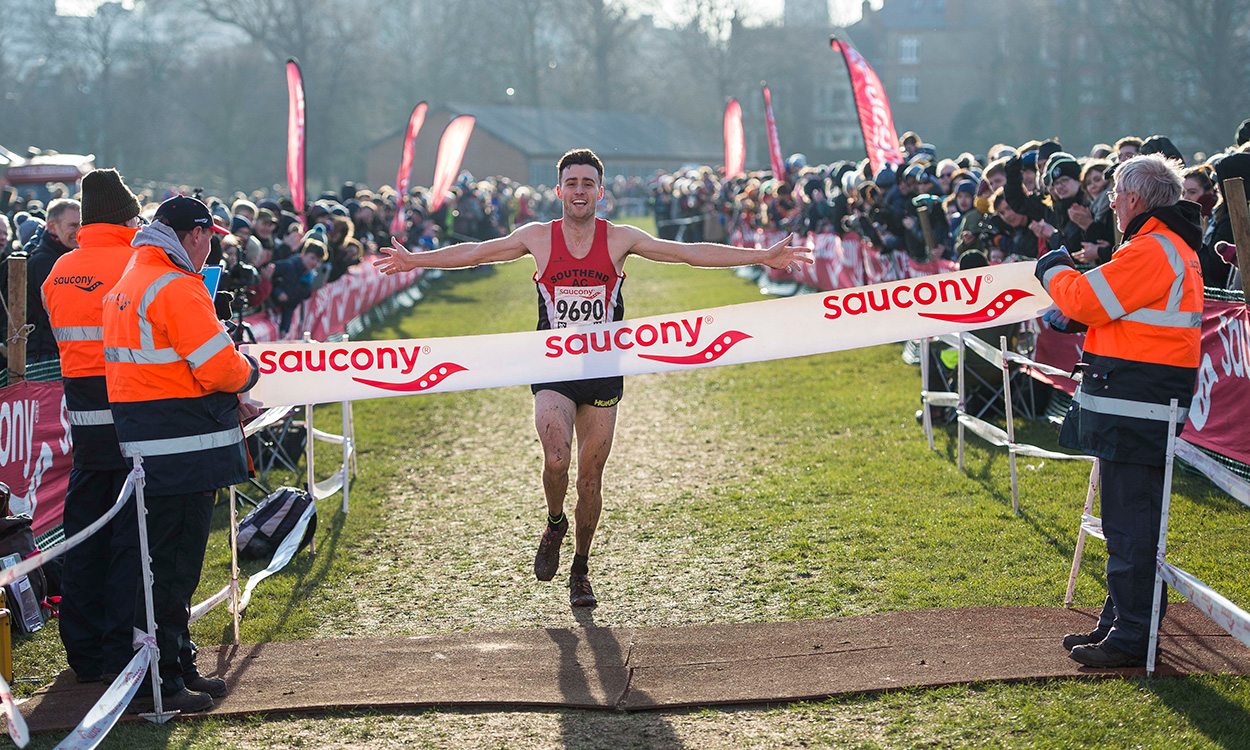 Athletes descend on Parliament Hill in London, where under-20 wins are claimed by Harriet Knowles-Jones and Mahamed Mahamed

A prodigious teenage runner, Adam Hickey won the English National twice as an under-17 at the turn of the millennium. Since then, he’s dabbled with triathlon, become a father of two boys and endured patchy form in recent years due to a hernia. But he enjoyed his finest moment on Saturday at Parliament Hill when he captured the historic senior men’s National title for the first time.

“This is the one I’ve always wanted to win,” said Hickey. “The main thing was not to get too carried away early on. As a junior I’d push from the front the whole time but now I’m older I’ve learned to be more patient. I felt strong on the last lap and pushed on from there.”

Was he thinking of the history of this great race as he was charging to victory? “Yes, but I was mainly trying to find gaps between the runners who I was starting to lap!”

A big field of more than 2000 men were in the final race of the programme at the Saucony-sponsored championships on a crisp day where the London skyline was resplendent under clear blue skies. But did the slower runs get in his way?

“I loved it,” he said. “I like the fact everyone can do this race and I like weaving in and out of other runners.

“The only problem is that you can’t tell how much of a lead you have. I had a glance behind near the end and felt I had a good gap and thought ‘I can’t believe I’m winning the National’.”

Hickey’s career has been a bit of a rollercoaster. His spell as a triathlete ended when he was air-lifted from a bike crash at an overseas training camp with the Brownlee brothers. For him, it was one crash too many.

He returned to running full-time, became a father to two boys called Leo and Beau and began work as a sports and fitness coach in the Southend area. But a hernia problem troubled him until it was operated on twice last spring. Now, the Basildon-based Martin is guiding him back to shape with the big goal of making a marathon debut in 2018.

“I was calm watching because all my work was done,” said Martin, who also remains the last Briton to win the London Marathon. “I know Adam really well and I could tell he looked like he was in control and running well.

“It’s important to get confidence as a runner and you do that by winning races like this.”

In the senior women’s race, Law had a 21-second winning margin over Louise Small, while Iona Lake was third. 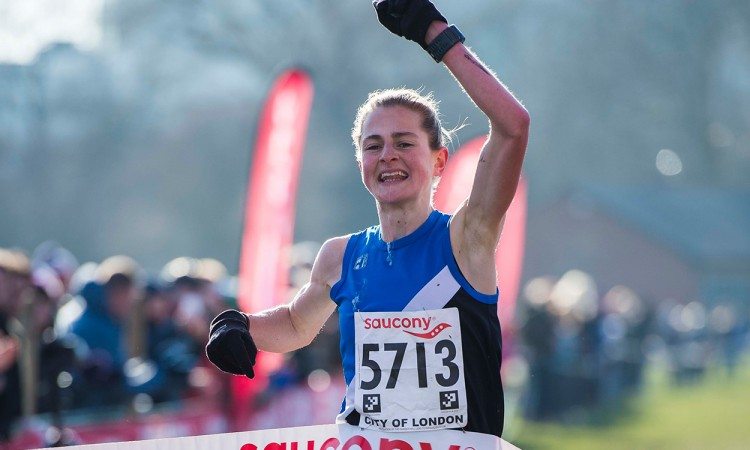 “I’m delighted,” said Law. “This is my first National title – I was second under-20 in 2015 – and it’s what I have been aiming for this winter. The course was very tough. I pushed on on that second lap but was never sure I had it won until the finish.”

Small said: “Second again! I train with Phoebe and know how fit she is at the moment.”

There was a third successive National under-20 title for Harriet Knowles-Jones, while Mahamed Mahamed won the men’s under-20 title a week after winning the BUCS indoor 3000m title.

“Parliament Hill is my favourite course. I love it here,” said Mahamed, who also received £300 from the Sam Haughian memorial trust for winning the under-20 race. A former winner of the National title as a senior and junior, Haughian died in a car accident in South Africa in 2004.

David Stone of Shaftesbury Barnet and Ella McNiven of Liverpool Harriers won under-17 titles, while under-15 wins were claimed by Sian Heslop of Macclesfield and Mohamed Ali of Ealing, Southall & Middlesex. Under-13 winners were William Rabjohns of Poole AC and Maisy Luke of Cornwall AC.

Overall, athletes from the South of England appeared to dominate the 2018 championships, but runners from the North and Midlands will have an opportunity to gain revenge in 2019 when the event moves to Harewood House, near Leeds.