It’s never been more timely to ‘Run for Ron’ 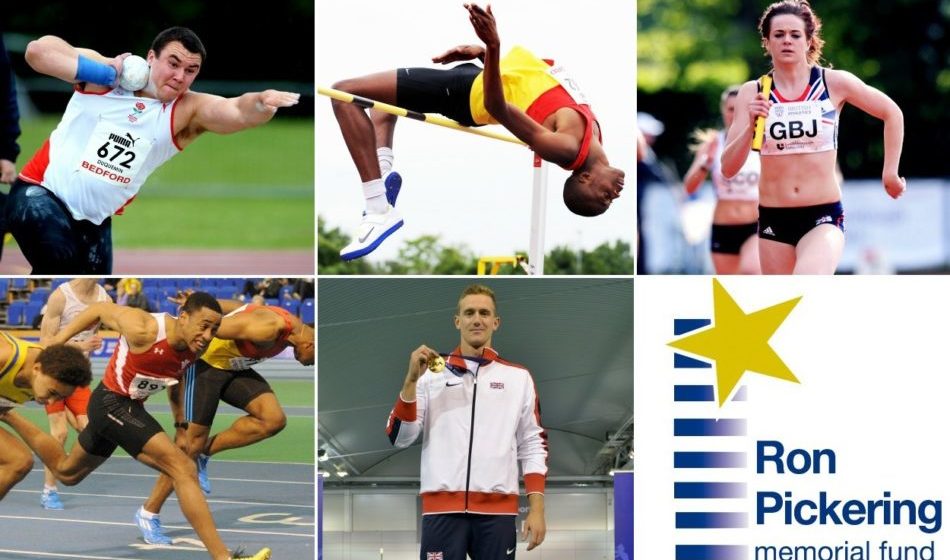 This marks a very special milestone for the Ron Pickering Memorial Fund as it is 30 years since the passing of Ron, the inspiration behind the Fund in supporting talented, up-and-coming young athletes within the UK.

Since Jean, Ron’s widow, set up the Fund in 1991, a total of over £2 million has been awarded to help support young athletes in overcoming barriers to their future success. Over two-thirds of many of the British senior major championship teams each year have at some stage been a recipient of a RPMF award, including Dina Asher-Smith, Laura Muir, Katarina Johnson-Thompson, Jessica Ennis-Hill, Mo Farah and fellow RPMF Trustee and friend Goldie Sayers.

I had the honour of becoming a Trustee of the Fund over 12 years ago. I had known Jean for many years – she was an ever-present figure at many athletics tracks and, as I found out that year, at the London Marathon expo too.

Jean cornered me and asked what I was up to and whether I’d like to become involved with the Fund. She was an expert in persuasion and I’m delighted that she picked me out for a chat over a cup of tea that day. Helping the next generation of British Athletes is something I am incredibly proud to still be a part of – previously via my role as development manager at British Athletics – and continuing now in my voluntary role over the years with the Fund.

The work of the Fund not only provides much needed financial support – something which is particularly important now in times when many family finances may have been negatively impacted by the pandemic – but also a much needed confidence boost in knowing that an athlete’s talent has been recognised. 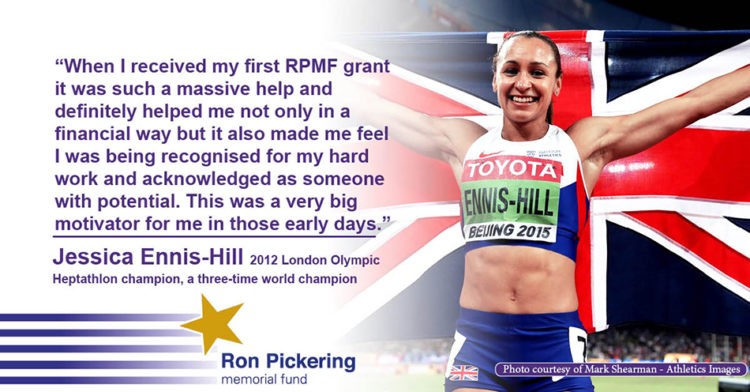 With the postponement of the London Marathon in 2020, we had huge support from many of our former Fund recipients with the various virtual events and the 2.6 Challenge. But to a great extent RPMF grants are funded each year by London Marathon runners fundraising by ‘running for Ron’ (our ‘Ronners’ as the Fund likes to call them) and it is their efforts which keep the Fund going each year and enable the support for so many young athletes.

This year we are delighted to extend out our few remaining marathon places for 2021 and are inviting any previous recipients, or their coaches, family or friends, to apply to run the London Marathon and fundraise for RPMF – uniquely this year due to last year’s postponement – on the later date of Sunday October 3.

The charity ask for a £100 up-front registration fee and then a fundraising target of a further £1400. Ronners usually then set up a fundraising page and embark on various ways to promote their London Marathon journey and fundraising. The Fund is able to support their social media promotion with photos (generously supported each year by Mark Shearman) and quotes from former Fund recipients highlighting the importance of this early recognition and support – a pat on the back or a helping hand, this award can make a big difference at a crucial time in a young athletes‘ development.

Teams of Ronners as well as individuals are invited to apply – please contact [email protected] if you are interested.