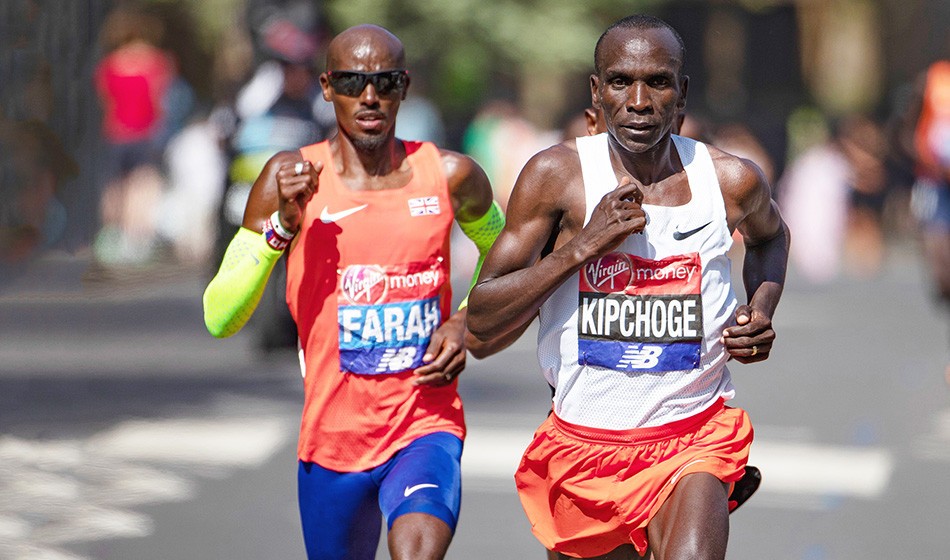 Kenyan will be strong favourite for mouth-watering marathon clash in London in April, but do not rule out the British challenger

Eliud Kipchoge versus Mo Farah in the Virgin Money London Marathon on April 28 is one of the tastiest head-to-heads of the year – and it is a race the Briton can win.

Kipchoge has won 10 of his 11 marathons, including three times in London and at the Olympics in Rio. His most recent victory – in Berlin last September – saw him set a world record of 2:01:39. At the Breaking2 time trial in Monza in 2017, he ran even faster, too, with 2:00:25 – a performance just one second per mile short of a hallowed sub-two-hour clocking.

The Kenyan has been described, with good reason, as the greatest marathoner in history. So how can Farah hope to beat him?

For starters, not only did Farah smash the European record with 2:05:11 in Chicago in October, but he looked supremely smooth and strong the entire way. In the world of marathoning, he is on the upward curve whereas Kipchoge’s bubble will inevitably burst sometime.

Farah’s career has also got stronger over time. In 2003, while Kipchoge was out-kicking Hicham El Guerrouj and Kenenisa Bekele to win the world 5000m title in Paris, Farah won a mere silver at the European Under-23 Championships behind fellow Brit Chris Thompson.

Then there is home support. Farah is a Londoner and has a long history with the London Marathon. The first time his name appeared in Athletics Weekly, after all, was in 1995 when he came 10th in the Mini London Marathon aged 12.

Farah will also not be fazed by Kipchoge. He has beaten him too many times over the years to be totally intimidated by him.

Farah freely admitted in 2018 that Kipchoge is a stronger marathon runner, but the Briton knows he’s come out on plenty of occasions in the past.

In fact, the duo have a long history of clashes. Back in 2007, Farah beat Kipchoge over 3km on the roads at the Great North Run weekend. On the track, in the world 5000m final in 2009, Kipchoge and Farah were separated by less than a second in fifth and seventh in a race won by Bekele. When Farah set a British 5000m record of 12:53.11 in Monaco in 2011, Kipchoge was back in sixth. 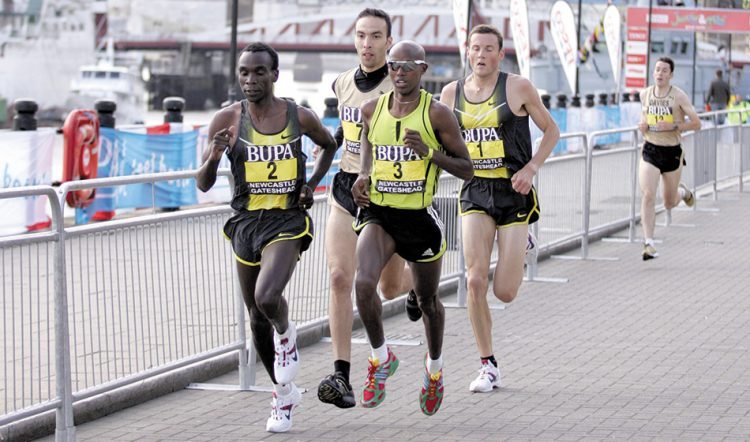 More recently, when Farah claimed his first world track title – over 5000m in Daegu in 2011 – Kipchoge was seventh. Yet Kipchoge has also enjoyed his share of victories as well. The Kenyan out-kicked Farah over two miles to win indoors in Birmingham at the start of London Olympics year whereas their most relevant clash – on the roads of London last April – saw Kipchoge win in 2:04:17 ahead of Shura Kitata of Ethiopia while Farah clocked 2:06:22 in third.

Who is your money on?

Tale of the tape