Triathlon move is justified for Georgia Taylor-Brown and Alex Yee 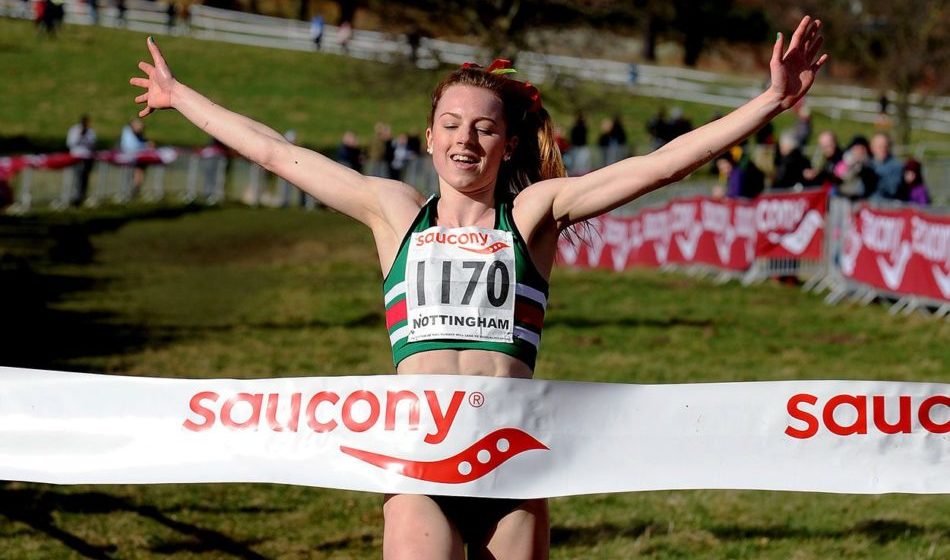 When Georgia Taylor-Brown and Alex Yee won silver medals for Britain at the Tokyo Olympics this week, they did so in the sport of triathlon. It is fair to say, though, that athletics can claim a significant slice of their success.

Both were regulars in the pages of Athletics Weekly before committing 100% to triathlon. Taylor-Brown has been featured at length in the magazine, whereas Yee has even been on the front page of our magazine twice in the past.

Yee, who is now 23, earned the coveted AW cover slot after winning the English Schools cross-country title in Nottingham in 2016 and again after pipping Andy Vernon and Chris Thompson in a three-way sprint to finish first Brit home at the Night of the 10,000m PBs in London in 2018.

Yee has been regarded as a super-talented runner in athletics circles for many years. Perhaps the teenage performance that demonstrated this most was in 2017 when he clocked the fastest 5000m by a British junior for 36 years with 13:37.60 in Belgium.

It is on the cross-country circuit that the duo have been more active, though. Yee has run the European Cross Country Championships three times, for example, with the most recent being 12th place in 2019 and a best position of ninth in the under-20 race in 2015.

Taylor-Brown has been even more successful on the country. I covered the 2013 Euro Cross in Belgrade for AW and reported on Emelia Gorecka winning the under-20 women’s race. Yet 23 seconds behind and just outside the medals in fourth place was Taylor-Brown, despite the fact she had stopped briefly mid-race to put a racing spike back on her foot after it had been clipped off.

Earlier that year she had finished a fine 17th in the World Cross Country Championships in Poland too – one place behind Gorecka as the two Brits finished the leading Europeans in the race. Taylor-Brown’s father Darryl notably ran 1:47 for 800m as a junior but Taylor-Brown has shown more stamina than speed. At the English National Cross Country Championships in 2014, for instance, she won the under-20 women’s title by a massive 48 seconds.

Injuries followed for Taylor-Brown and she became a semi-forgotten figure for a while. At one point she was on crutches and could barely walk let alone run due to stress reactions in her foot. But supported by British Triathlon she battled her way back to fitness.

There are always angst-ridden comments of frustration from athletics people when talented runners end up focusing on triathlon. Could UK Athletics have done more to keep them in athletics? They are, in the eyes of the track and field world, ‘the ones who got away’.

What many fail to realise, though, is that these talented ‘runners’ like Yee and Taylor-Brown were also showing considerable multi-sport ability during their teenage years. In her mid-teens, for example, Taylor-Brown spent more time training for swimming than running and her swim-bike-run potential was spotted by British Triathlon at a talent ID event when she was 15.

There are similar other stories too. Non Stanford was a fantastic teenage cross-country runner but also swam a lot as a child so it was logical for her to move into triathlon, where she became world champion in 2013.

Alistair Brownlee was English Schools cross-country champion in 2006 and went on to rank third in the UK over 10,000m in 2013 behind Mo Farah and Chris Thompson. He took that running ability into triathlon and won Olympic titles in 2012 and 2016.

We have seen a similar pattern with Beth Potter, too. She won the British 10,000m title in 2017 and ran what was, at the time, the fastest-ever road 5km in Barrowford in March, but she seems determined to now continue with triathlon despite not making the Olympic team this year.

I cannot blame them. Triathlon offers sponsorship opportunities with not only shoes and clothing but bikes and swim gear. The training epicentre in Leeds is clearly a medal factory and success breeds success. Plus, the elephant in the room is that there are no east Africans to overcome as there are in running events.

The athletics world might well have been sad to lose Taylor-Brown and Yee to triathlon but in Tokyo their decisions were justified and we should celebrate their success.

No British female had ever won a silver medal or above in an Olympic triathlon until last night.

Even with a flat tyre, Georgia Taylor-Brown battled back to claim silver in Tokyo. #Triathlon #Olympics pic.twitter.com/IRoxHjfcIR