The road to London: What a difference a race makes 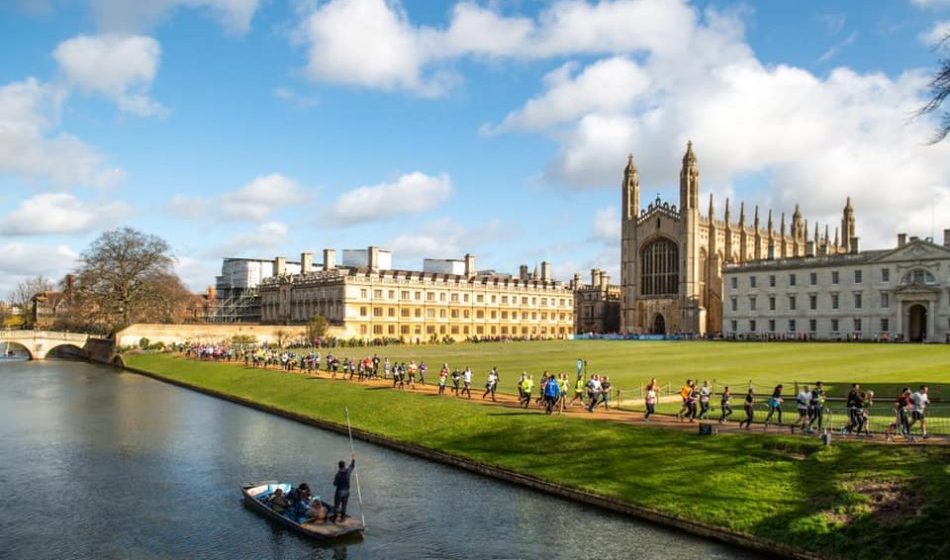 In the latest instalment of his training blog, AW’s Euan Crumley heads to Cambridge on a half-marathon mission

There had been a small glimmer of encouragement on Glasgow Green. Running for my club in The Allan Scally Relays on the final day of last month, I had been pleasantly surprised not just by the time it took to complete my 5km leg, but also the manner in which I had completed it.

It had felt like I was in a position of strength, that there was more to give and that maybe, just maybe, my training for the Virgin Money London Marathon was actually starting to work.

In recent weeks, it had been really hard to tell. The unrelenting storms which brought so much rain, wind, hail and snow had made finding optimum performance a harder trick to pull off than normal, while the concept of building momentum was beginning to feel increasingly alien. That was why the relays run had been such a source of encouragement.

In the context of preparing for a marathon, of course, running a 5km well is one thing but it’s over the longer distances that the real indications of progress start to kick in and where confidence can truly be built. I was therefore delighted to accept a very kind invitation from Saucony UK to run last weekend’s Saucony Cambridge Half Marathon.

As regular readers of this blog will know, I’m based near Loch Lomond, north of Glasgow, so this venture south not only presented the chance to run somewhere new but also in a location where there were at least some signs of spring showing!

READ MORE: The road to London: Whatever the weather?

There was the further incentive of allowing me an opportunity to experiment, too. With my local half-marathon already in the calendar for the coming weeks, Cambridge would allow me to test myself in a different way – by exercising some self restraint and putting in the kind of pacing practice which could come in particularly handy when marathon day rolls around.

With the sun shining, the atmosphere was building nicely on Midsummer Common as we arrived for the start of the event. My plan to was to run a little harder than marathon pace but to stick pretty rigidly to that pace, even if I found myself wanting to push harder. There was a bigger picture to think of here and I reminded myself that it would be a very good sign if it transpired that I was consciously having to hold myself back.

Setting off with the rest of the 11,000-strong field, I was mindful not to get too caught up in the first mile rush when every runner jostles, pushes and darts into any free inch of space, yet a quick glance at my watch at the first mile marker confirmed that I had followed the time honoured tradition of starting too fast.

A quick internal chat involving the word ‘relax’ did the trick and I set about finding a rhythm rather than the racing line. As we wound our way through the streets of the city centre and through the grounds of some of the famed university’s hallowed halls, I hoped that just being in the vicinity of these world renowned seats of learning might bring me some added running intelligence. My IQ may not have suddenly skyrocketed but it did feel, however, like my plan was working. Possibly too well. 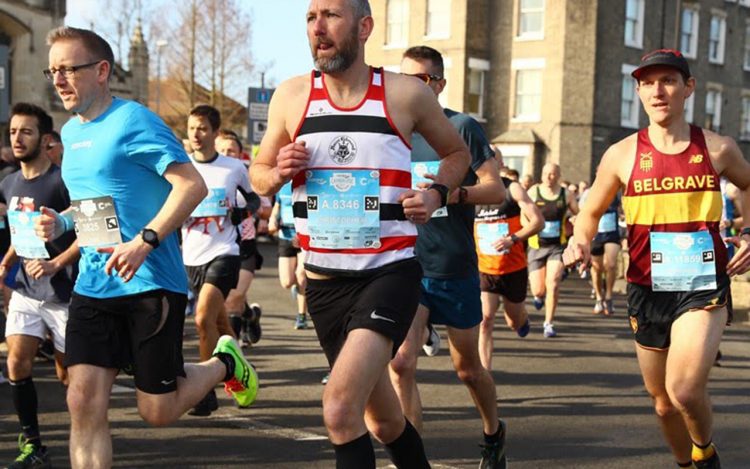 Impressed with the feel of the Saucony Fastwitch 9 shoes I was giving a spin, happy with the pace I was operating at and the level of effort it was taking to stay there, we reached halfway and my mind began to whir. “I feel good,” I thought to myself. “In fact, I feel much better than I thought I might. Do I forget the pre-race plan and push on?”

It was that classic scenario of having a conflicting voice on each shoulder – the devil that wants you to throw caution to the wind and the angel who wants to you to stay on the straight and narrow. I asked myself a simple question, however, and the debate was quickly over. “What would you prefer? A really hard half-marathon race right now or some sort of sign that your marathon plan is working?”

“Run your own race” is a phrase endlessly repeated across this sport – and with good reason. I was content to let others pass by, or satisfied to move past others without pushing the pace. The whole aim of the exercise was to keep disciplined and it was a test I wanted to pass.

As we came back into the city centre and the welcoming bustle of the beautiful, narrow streets I also allowed myself to simply enjoy where I was running. I looked up and took in the scene – not something I’m always very good at doing during races – and savoured the chance to run with the sun on my back.

There was definitely a smile on my face, too, when I crossed the line at what is an excellent event on a varied and interesting course. My PB hadn’t come under threat but that had never been the point. I had asked a few questions of myself and got the answers that I was looking for. The marathon training plan is beginning to bear fruit and coronavirus hasn’t managed to call a halt to the marathon just yet, so on we go…

» With thanks to Saucony UK. Euan was running in the Saucony Freedom Short Sleeve t-shirt, Interval 9″ 2-1 short and Fastwitch 9 shoes, all of which can be found at Saucony.com