The race that’s worth climbing a mountain for 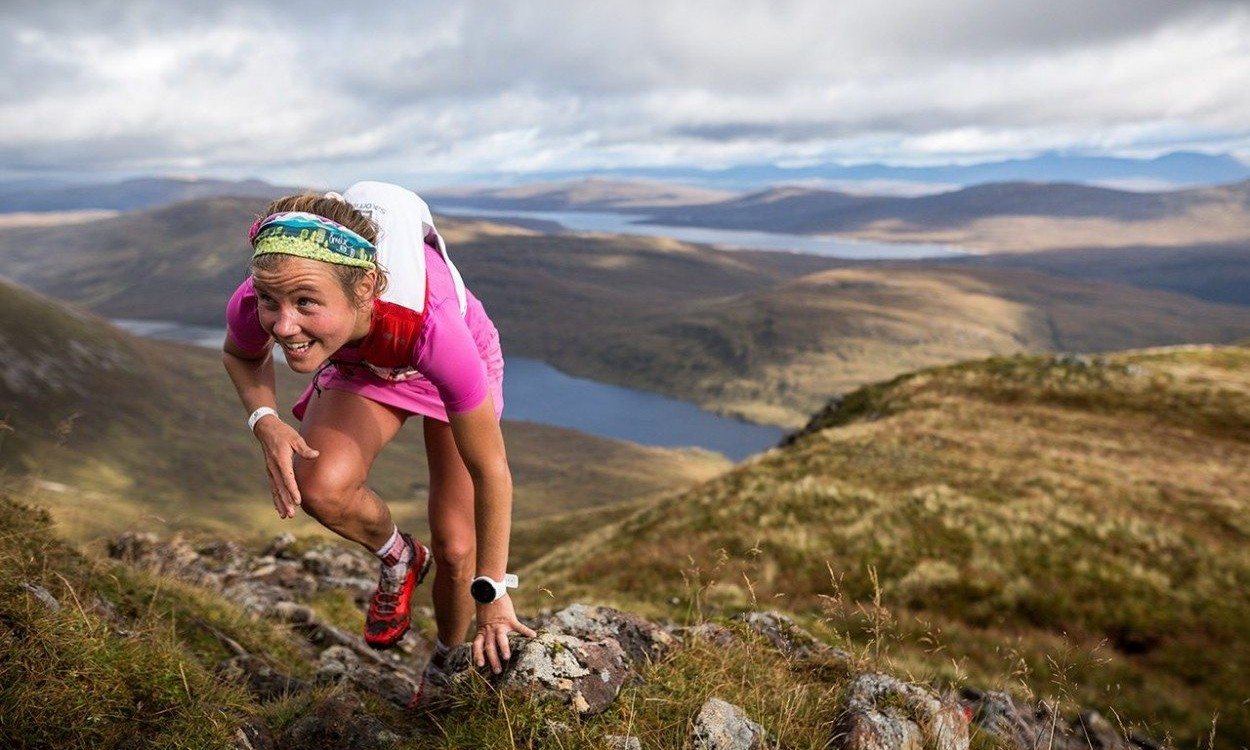 I’ve had plenty of races loom over me in a metaphorical sense before – supplying that feeling of foreboding and outright fear in relation to the challenge ahead – but I’d never had one manage to do it both literally and physically before.

That was until I decided to tackle the Salomon Mamores Vertical Kilometre last month.

Stepping off the local bus in the Scottish Highland village of Kinlochleven (yes folks, we at Running Monthly know how to travel in style), my foot hit the pavement and I glanced up. Then I had to glance up a bit further, then a bit more, and there it was – the summit of Na Gruagaichean, the highest of the Mamores and the finish line of the event I was about to ‘compete’ in.

The Vertical Kilometre – or VK – is a concept which has a strong tradition in mountainous parts of Europe. It does exactly what it says on the tin, really, with the idea being that competitors follow a course which gains 1000m in height over a total of distance of around 5km.

Being someone who loves nothing more than to venture out into the hills, the opportunity running through some of the most stunning landscape that Scotland has to offer was one I couldn’t let pass. Plus, this is the only VK in Britain.

Sure, it would be a bit steep but how hard could it be? I would soon have my answer.

The scale of the task at hand came into sharp focus the second I got off that bus and caught my first sight of a mountain which I could swear was saying ‘come and have a go if you think you’re hard enough’.

Once through registration and the checks that I was carrying all the mandatory kit that I needed, it was time for the nerves to really kick in. Everywhere I looked, I could see people radiating the impression of knowing exactly what they were doing. I strongly suspected that I was not doing likewise.

What felt like just about the entire mountain running community was beginning to descend on the highlands for the various races that made up the Salomon Glencoe Skyline weekend. The VK would kick things off on the Friday afternoon, to be followed the next day by the inaugural Ben Nevis Ultra – a 120km challenge which involved over 4000m of climb and included the ascent of Ben Nevis – as well as the Ring of Steall Skyrace, a 29km mountain race which took in 2500m of ascent and a number of vertiginous ridges.

Proceedings were to be wrapped up in spectacular style on the Sunday with the 55km Skyline race, which featured some of the finest exponents of the art of Skyrunning – a sport which involves a combination of running and mountaineering.

As the likes of superstars Kilian Jornet and Emelie Forsberg, athletes who seemingly have the ability to leap mountains in a single bound, happily chatted with fans and competitors, I decided it was time to arm myself with some last-minute expert advice before I set off.

Tom Owens is a British athlete who travels the world with Team Salomon and excels at scaling and flying down the world’s great peaks at pace. His advice was both generous and ambitious.

“Use your road speed,” he said, treating me with a respect I barely deserved. “It’s a quick start so get your momentum going and the ridge at the top is also really runnable.”

He was right about the start, anyway, with the first few hundred metres of the route taking place on roads and pavement before tarmac gave way to trails.

It didn’t take long for the climb to bite. The first section was a series of switchbacks through beautiful woodland, but on a path filled with wet, unstable rocks and large stones which immediately made the going tricky.

I had had ambitions of trying to run as much of the course as possible but I was half running/half power walking far earlier than I’d anticipated. Still, the enthusiastic marshals and the hint of alpine atmosphere provided by the clanking of cowbells helped keep motivation levels high.

The thing that is quickly apparent about this kind of running is how much you have to have your wits about you. It’s a constant process of being aware of every footstep/obstacle/potential pitfall. And the key, as I was to discover, is to just keep moving forward.

Coming out of the trees, the route moved on to open hillside. The trail to the top was marked by a series of small, red flags stuck into the ground which became hugely effective at helping to break the increasingly daunting task down into small, more manageable, chunks.

I needed to try every trick in the book as my legs were already starting to turn to the consistency of a badly made jelly and the finish did not seem to be getting any closer.

The landscape changed to what felt like climbing a ladder of peat steps that were all slippy given the moisture-filled Scottish summer and could cost you momentum at any point.

There was a steady stream of competitors on the mountain now, with each runner having been set off individually at 30-second intervals over the course of a few hours (the winner was the athlete recording the fastest time). Those with the earlier time slots and whose work for the day was already done roared and cheered at those now bent double and in the teeth of the challenge.

With a few twists and turns, the summit came into view again – but it still seemed to be impossibly far away – and now the peat had been replaced by boulders.

My legs were dissolving now, my lungs heaving and the pulse throbbing in my head. Yet, remarkably, I became of aware of the fact that I was enjoying myself. Really enjoying myself.

There really is never a dull moment when you become locked in a battle with gravity and have the aim of simply keeping moving.

Then there is the location. I had had my head down for so long, focussed on the where my next step was coming from that, when I finally did glance away from the sodden turf, I almost stopped in my tracks completely. The views down the loch towards Glencoe were so stunning that I had to force myself to look away again, otherwise I would just have sat down to take it all in and not managed to get up again.

Finally, I was on the ridge that led to the finish and I was quite pleased that I hadn’t been overtaken by that point.

That was to change quickly when I was aware of someone moving freely and lightly behind me. Before I could wonder how that was possible, the figure of Forsberg (pictured above) shot past and I got the chance to see first hand how you got about one of these races properly.

Still taking all of this in, I stumbled up the last scramble to the finish, feeling both dizzy and a little delirious. That had been one of the hardest things I’ve ever done yet also one of the most satisfying and I allowed myself a moment to absolutely immerse myself in this spectacular landscape, to gather my thoughts and catch my breath.

Now, all I had to do was get back down… 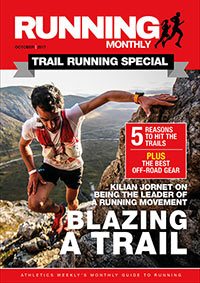 » Look out for an exclusive interview with Kilian Jornet in Running Monthly’s trail running special, packed with features and product reviews. It’s out now with the October 5 issue of Athletics Weekly magazine