Oh, to be a fell runner 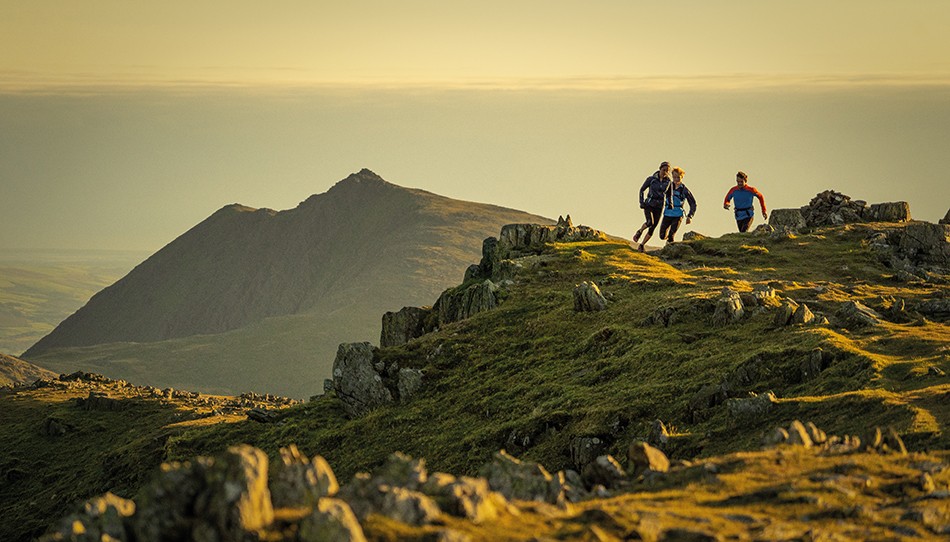 What does it mean to be a fell runner in the 21st century? To be a true fell runner (in my opinion at least) you must have complete knowledge of the lay of the land, of every contour, and most importantly where the best lines lie. A 21st century fell runner, however, is something altogether quite different; with the meteoric developments in technology it’s “Goodbye, OS map” and “Hello, Garmin” (other watch brands are available).

I’m not saying that a 21st century fell runner can’t read a map – just that it’s much easier not to. This is partly where the problem lies, though. In a world where getting Instagram likes often outweighs the potential brutality of the fells, there has subsequently been a shift towards reaching these beauty spots just to stock up the social media larder, whatever the risk.

Who needs a map when you can just take one of the National Trust’s walkers’ paths? Great motorways scarring our beloved Wainwrights – easy to navigate, easy to get to and easy to run. ω

You cannot even begin to imagine the “Borrowdale Boys” of the day taking the easy route up Glaramara on a training run, only to then have a selfie at the top, one hand each on the cairn like they’re showing a prize hound at Crufts. For them it’ll have been hard running come rain or shine, and the craic would have had to wait until they were safely off the fell.

Yes, it does in fact rain in the Lake District, not that Instagram would have you believe it.

This is a seemingly cynical account of the 21st century fell runner; however, I’m pleased to say there are still pockets of runners out there who show the Lakeland fells the respect they deserve. Yes, the summits are smaller than our neighbours’ in Scotland and Wales but woe betide anybody for thinking that this makes them more forgiving.

I’d challenge any top mountain runner to sequence the corridor route off Scafell Pike, at speed, only to reach the foot of Great Gable without having glanced back at least once and let out an audible sigh of relief. Or to drop off the side of Fairfield and take in Cofa Pike before hurtling down to Grisedale Tarn without being just a little bit proud of themselves. For me those sighs of relief and moments of pride are why I adore the pastime of fell running and why the Lakeland fells will forever keep me coming back.

You could say I was born with a curse, that curse being the surname Bland. You only need to sit in the Scafell Hotel, Borrowdale, to see why my name haunts me. On the wall there is a plaque with a list of all previous Borrowdale Fell Race winners. No fewer than 14 victories to one Bland clan or another in the race’s 45-year history. I’m certainly not one of them and nor am I ever likely to be. In fact, I reckon I’d only just be summiting Bessyboot as Billy swatted through the crowds on Scafell Pike.

For me, however, I prefer longer stuff; my “victories” come when I’ve sewn together entire quarters of our national park. Long days are what I live for, where I’ve been the first up Clough Head and last down somewhere over Wasdale way. Chasing sunsets is much more my cup of tea, not Strava crowns. I’d be lying if I said I didn’t long to be a little quicker on the down, but at the age of 27 and with aspirations of running into my 70s, I shall have to park this dream. Knees over screes and all that!

Running into my 70s, however, could be unfairly taken from me, on the fells anyway. In a conversation I had back in 2019 with a prominent figure of fell running, I asked what he thought the future of fell running was. He simply stated, “There isn’t one.” I looked at him, perplexed, and he went on to explain how, due to the introduction of the National Trust within the Lakes and their gross spending power, he sees no future for this pastime. For the time being you’re free to roam on most Lakeland fells but in a world where everything has a price, how long is it until this ultimately free sport is priced out of the market?

I hope he is wrong and that it’s the old man in him talking. For what a crying shame it would be to lose the very thing I think most embodies the fell scene – its free accessibility. Free to bolt out of Grasmere showground on race day, free to curse yourself for not doing enough hill training on the way up and free to petrify yourself on the way down. You cannot put a price on these days. No figure could justify the rush of blood to the legs and pounding heart escaping from behind your garish jersey; the craic at the end of a Lakeland Classic after you’ve seen your pal trundle in having earlier taken a poor line. These days it just wouldn’t be the same if the tariff was more than your daily wage. 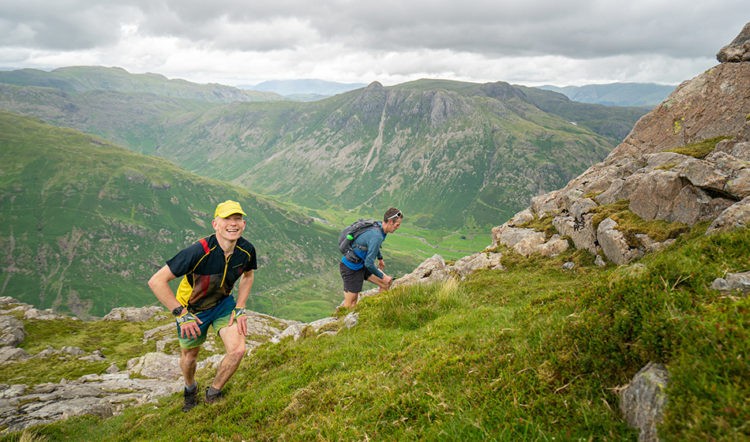 You needn’t be a statistician to see the influx of numbers on the fells. The Covid-19 pandemic has only skyrocketed these figures further; where there is demand there is always financial gain.

I am in no way suggesting that the fells should only be for national park residents, or the fell runners within it; I myself live outside the park so wouldn’t want this. But the very nature of the park’s layout means the infrastructure is too weak to handle the spiralling numbers of visitors. Fells are moated by great lakes, with roads delicately threading between them; without the use of tunnelling or a complex bridge system (I shudder at the thought), the roads will always remain this way.

What of the numbers on the fells themselves? It seems to be almost hourly that a mountain rescue team is called to save the day – heroes, who do this on a voluntary basis. Is it really any surprise that they’re seriously looking into jet packs to become even more efficient?

These are complex issues and ones only far cleverer people than myself can solve. Though at the rate at which the national park is being exploited, I expect turnstiles at the bottom of Helvellyn by the time I’m 30!

Complex issues indeed, but we can all play a role in easing the strain on the national park. Find yourself a remote corner you’ve never even heard of and just explore it. I can guarantee you’ll have a far more spiritual experience. This is why I truly love the English fells. Finding that place which gives you the feeling that you’re its first ever conqueror; steep, muscle-burning climbs where you say to yourself, “Surely I’m the first ever up this!” Leave the mayhem of down below firmly down below and find that escapism.

Instead of the bustling crowds at the foot of Helvellyn, look to Arnison Crag. It may only perch at 433 metres but the vistas from its summit (especially at first light) over Ullswater will compensate for any lost elevation. If height is what you crave, though, track west over Birks (622m) and St Sunday Crag (841m) before the long descent down Sleet Cove back to where you started. If you’re lucky you’ll not see a soul. If you do, however, happen to cross paths with others, rest assured they’re there for the same reason as you – for the tranquillity, not the Instagram likes.

There are sequences like this all around the Lakeland fells; this is just one of my many favourites. All you’ve got to do is find your own. The irony is, it’s sitting in that dusty map you already own, probably acquired from a former conqueror.

This extract is taken from the book Extreme Lakeland: A photographic journey through Lake District adventure sports by Nadir Khan and Tom McNally (Vertebrate Publishing), which is out now via v-publishing.co.uk

» This article first appeared in the April issue of AW magazine, which you can buy here