Why Magic Monday is the greatest night in athletics history 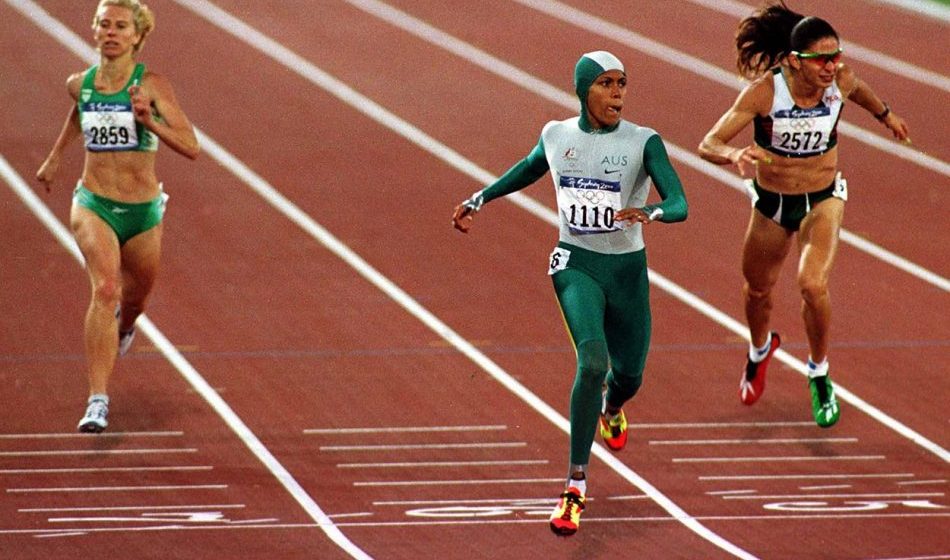 A thousand flashbulbs captured the moment. When Cathy Freeman embarked on her one-lap journey at the 2000 Olympics, they lit up the athletics stadium in Sydney as if it was a bright summer’s day on Bondi Beach. It was the moment she passed into legend.

This week (September 25) marks the 20th anniversary of Freeman’s victory. It wasn’t simply the race of her life. The Australian people called it “the race of all our lives” and it fell partway through what has become known in track and field folklore as “Magic Monday”.

Sydney was the first of five Olympics I have covered for AW. “What an awful first Games,” Mel Watman, one of my predecessors at AW, told me tongue in cheek at the time. “Because nothing will ever top it surely.”

London 2012 and ‘Super Saturday’ came close. But even many Brits agree that Magic Monday in Sydney was even more spectacular and memorable.

This is partly due to the size of the stadium. At least 110,000 people watched Freeman speed around the track to win the 400m gold – about 30,000 more than London 2012 – making it the largest-ever crowd for Olympic track and field.

During Freeman’s 400m there was a deafening sound for the entire 49.11 seconds. It was an era before camera phones or social media became commonplace, too, so many of the spectators took photographs on standard cameras with flashbulbs so they could capture the iconic moment for eternity, or at least until their Polaroid faded.

To say it was much anticipated is an understatement, too. Freeman had trained mainly in England to escape the interests of her media and fans at home in Australia. Not only was she a big host nation favourite in the No.1 Olympic sport, she was, aged 27, at the height of her powers after having won world titles in 1997 and 1999.

Then there was her rivalry with Marie-Jose Perec, the Frenchwoman who had beaten her to the 1996 Olympic 400m title in Atlanta. It was a head-to-head match-up made in heaven but Perec dramatically fled the Games a few days before she was due to race after claiming she had been hounded by the Australian media who were trying to jeopardise her chances.

If Perec struggled and ultimately cracked under the pressure before the gun even fired, the spotlight and expectation on Freeman was unbelievable. Her decision to accept the honour of lighting the cauldron at the Olympic opening ceremony merely cranked things up further. Nike also decided to dress her up in what was dubbed a ‘swift suit’ which, to be frank, would have looked pretty daft if she had lost.

In the great scheme of things I was a mere onlooker and just one of the 110,000-plus faces in the crowd. Yet I felt under a little pressure myself that night because the evening’s programme fell bang on AW’s weekly magazine deadline.

This meant that myself and a couple of colleagues at those Games – Chris Turner, who now works for World Athletics, plus Lucy Gibson – had to fire back ‘on-the-whistle’ style reports to our small yet slick editing team in the UK. For some of the finals that night, for example, I wrote as much as I could based on the results from the heats, semi-finals and rounds, plus the background and history, before hurriedly popping an intro and event report on the top of the story before firing it back to England.

Our many readers also included a certain Freeman herself, because during a pre-Games interview in London about two months before the Olympics she told me she had been a regular reader of ‘AW’, as she called it, during her career and was particularly familiar with the magazine after being based in London.

It was not all about Freeman that night, though.

Most exciting race of the night, though, was the men’s 10,000m where Haile Gebrselassie just managed to claw his way past Paul Tergat to take a thrilling victory by less than a tenth of a second.

Spare a thought for Michael Johnson, too, as he became the first man to win consecutive Olympic 400m titles although his event was slightly delayed and partly overshadowed as it took place 15 minutes after the women’s 400m.

Freeman’s 400m unfolded at 8.10pm local time. Being British, it was natural to want to see Katharine Merry and Donna Fraser make the podium – and they eventually wound up third and fourth – but it was hard not to take your eyes off the mesmerising sight of Freeman.

In some ways it was like so many of her victories as she stretched away from her rivals over the final 150 metres. But this was no ordinary occasion and at the finish she went down on to her knees, overcome by relief and emotion, before rising to carry the Australian and Aboriginal flags around on her lap of honour.

Just then, as Freeman soaked up the adulation, a teenage female volunteer who was working as a ‘results runner’ delivering statistics to media turned to me with her eyes welling up and said: “Wasn’t that just like nothing you have ever seen?”