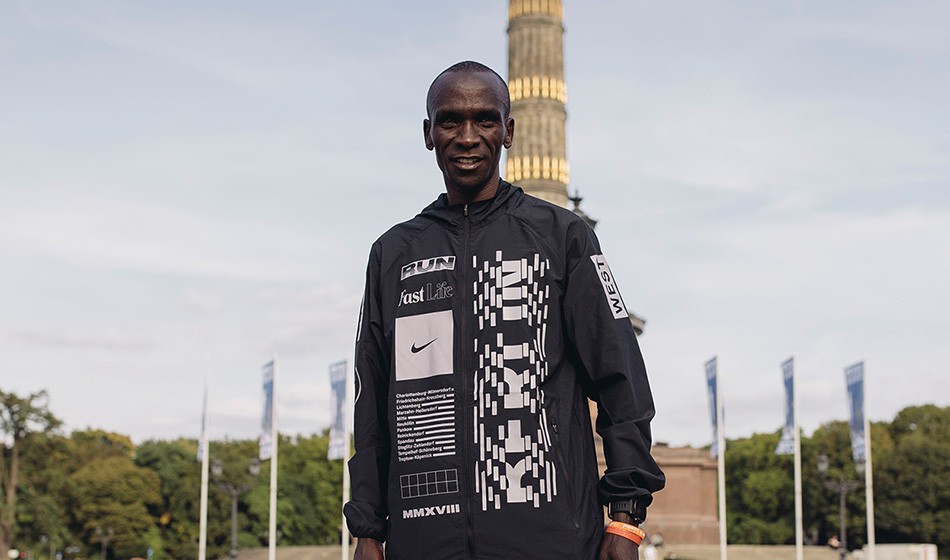 In an AW readers’ poll three years ago, Haile Gebrselassie was voted as the greatest male distance runner in history.

Eliud Kipchoge was not even an option but after his magnificent marathon record of 2:01:39 on Sunday in Berlin, the Kenyan has re-opened the debate.

No human is limited pic.twitter.com/atJ2AJ2Y7q

Certainly, if he successfully defends his Olympic marathon title in Tokyo in two years’ time, at the very least he will be hot on the heels of Haile when it comes to distance running immortality.

His 10 major marathon victories have included three in London and three in Berlin, plus Chicago, Rotterdam, Hamburg and of course the Rio Olympics.

In addition, he was the star performer in Nike’s Breaking2 time trial in Monza last year, where he clocked an eye-opening 2:00:25.

On the eve of last weekend’s race, Kipchoge’s team knew their athlete was in the form of his life. But the 33-year-old still had to deliver over 26.2 gruelling miles, many of which were run alone after his pacemakers peeled off prematurely.

Then, on a surreal and scintillating late-summer Sunday of athletics, we were entertained with another world record, too, as Kevin Mayer created decathlon history.

When it comes to the greatest, for me Kipchoge is not quite up there with Gebrselassie just yet, but victory in Tokyo will bring him pretty close.

» See the September 20 issue of AW, which is available digitally here, for full coverage of both world records