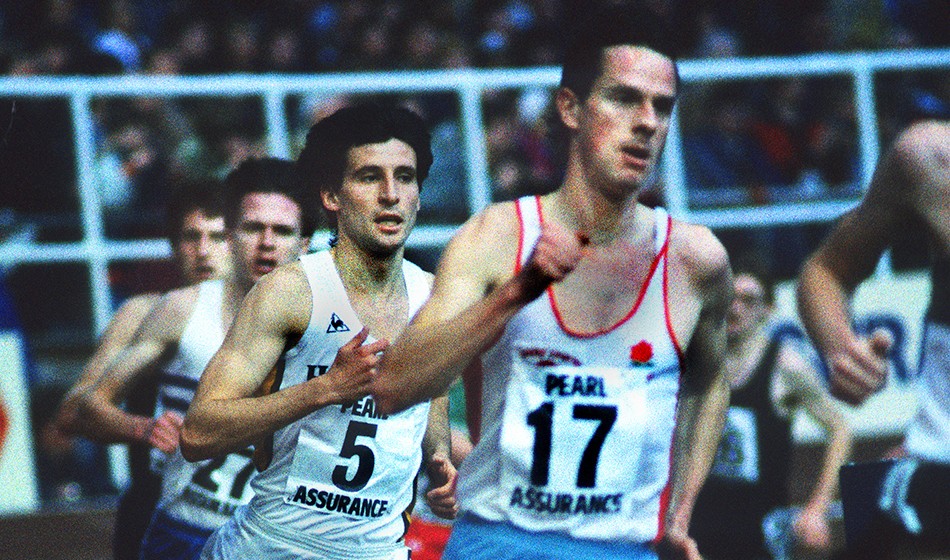 They did not quite carry the kudos of his showdowns with Steve Ovett, but Seb Coe’s 3000m indoor head-to-heads with Dave Lewis in 1986 still packed a punch

Seb Coe enjoyed a number of tasty clashes with Steve Cram, Peter Elliott, Joaquim Cruz and of course Steve Ovett. But who remembers his races against cross-country specialist Dave Lewis at Cosford 35 years ago?

Lewis was an unlikely rival for Coe. But with Coe racing over-distance at 3000m during a period of heavy training, they proved a close match and their head-to-heads in the winter of 1986 ended in a one-all draw.

Their first clash came at the Pearl Assurance UK Championships at Cosford at the end of January. The event saw a Commonwealth 1500m record of 4:06.87 by a barefoot Zola Budd, while Ade Mafe stormed to a 200m championship best of 21.25 ahead of Todd Bennett and Linford Christie.

In the high jump the prodigious Geoff Parsons attacked the world record, whereas one of the surprises of the day came in the 3000m when Coe was beaten by not only Lewis but by Billy Dee too.

Rossendale Harrier Lewis was at the height of his powers. After winning the English National title the previous winter, he had established himself as Britain’s No.1 cross-country runner. A few weeks earlier he had dead-heated with Italian Alberto Cova on a gruelling course at Alexandra Palace in north London and also won the San Silvestre New Year’s Eve 10km in Spain.

His big goal of the winter was the World Cross Country Championships in Neuchatel but, when he found out he was facing Coe at Cosford, he swapped his usual hill sessions for track workouts – and the strategy paid off.

Steve Binns and Mark Roberts took the early pace and then Dee made his move with a 60.5-second lap from 2000-2400m, which dropped everyone bar Lewis. The next 400m was even faster – 59.98 – as Dee reached the bell from Lewis with Coe four seconds adrift. 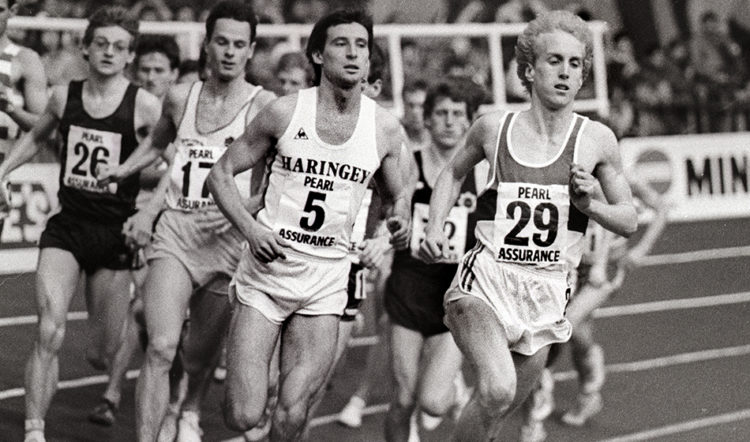 “There was no stopping Lewis,” Mel Watman reported in AW, “as the defending champion struck hard along the back straight. Dee, game as they come, chased after him but Lewis was never in real danger as he stormed to victory in 7:49.61 with Dee showing 7:49.97.”

Lewis and Dee broke Ian Stewart’s track record and championship best of 7:50.0 and Lewis told AW: “Indoor athletics is excellent preparation for cross country. It keeps that extra bit of speed in your legs and gives you confidence in knowing you’ll be able to outsprint nine out of ten opponents in the latter stages of a road or cross country race.”

Not surprisingly the rematch between Coe and Lewis was much anticipated. Six weeks later they met again at the Kodak Classic match between England and the United States in front of a record Cosford crowd of more than 5000. 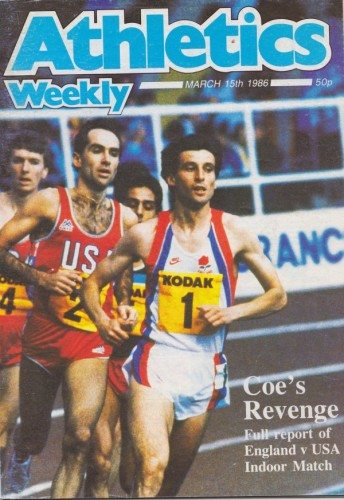 “I’m building a nice endurance base to tackle the Commonwealth and European races back to back,” said Coe.

In those championships, Coe suffered from illness at the Commonwealths in Edinburgh but bounced back to win the European 800m title in Stuttgart followed by 1500m silver behind Steve Cram.

Lewis, meanwhile, struggled with a stitch at the World Cross and finished 80th. He went on to win two more English National titles, competed in seven World Cross events in total and eventually moved to the marathon, running 2:13:49 in New York.

» This is an edited version of an article that appears in the February issue of AW magazine. To buy a copy, click here