AW world para athletes of the year motivated for more 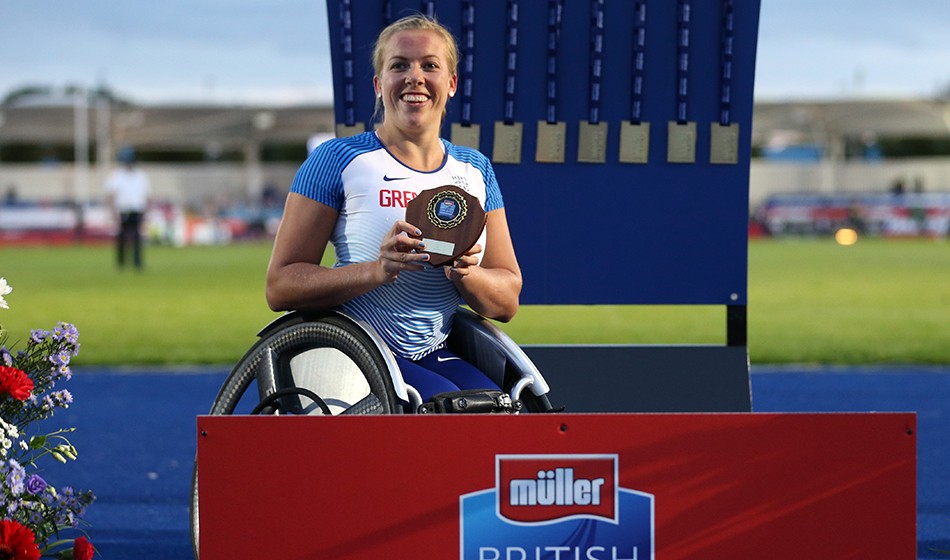 Hannah Cockroft and Brent Lakatos take great confidence from their 2020 achievements, especially ahead of another important summer

With more than 30 global gold medals between them, wheelchair racing stars Hannah Cockroft and Brent Lakatos are certainly no strangers to winning. But their success in such a challenging 2020 is significant and has provided a welcome confidence boost ahead of a year which they hope will feature further Paralympic victory.

For Loughborough-based Canadian Lakatos his biggest win of the year came in the UK capital in October as he stormed to Virgin Money London Marathon success. With a sprint finish he clocked 1:36:04 to beat Britain’s eight-time champion David Weir by two seconds.

“Not only is it the London Marathon but everything is preparation for Tokyo next year and the marathon there,” said the man who intends to race every distance available to him at next year’s Games. “To be able to come here and beat these guys, it gives me a lot of confidence for next year.”

The 40-year-old also won the Vitality Big Half ahead of the Briton, breaking the course record, and the AW Awards vote saw him pip Weir to the top spot, too, with that honour capping a year in which he also won the 400m wheelchair race at the British Championships. 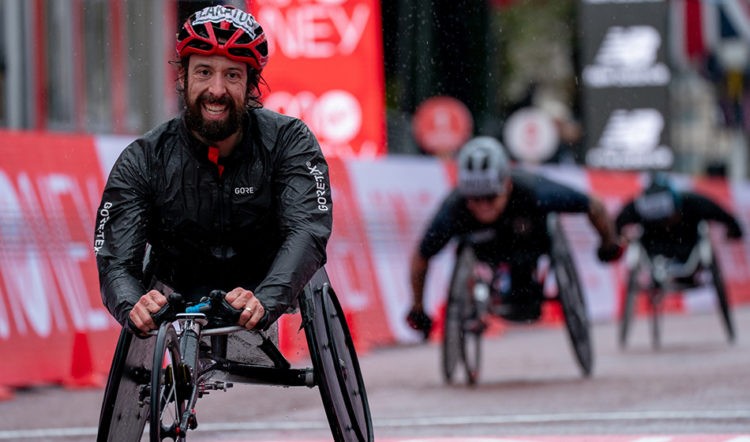 Like Lakatos, Cockroft also won at the British Championships as para athletics disciplines were included in the event for the first time.

But even more impressive was the 28-year-old’s performance at Stoke Mandeville just over a week later as she beat her own world record marks in all four events – the 100m, 200m, 400m and 800m. While the meeting wasn’t World Para Athletics sanctioned, so the times won’t stand as official world records, her results prove that the hard work she has been putting in this year is paying off.

“The technique work definitely helped but I think ultimately there were no expectations this year,” Cockroft says when considering what she might put her progress down to. “Everyone that was on that track was there for pure enjoyment. When you take the pressure away, when you take the cameras away and the attention, that’s when the real results shine through and I think that was shown this year.

“For years now I have gone to an event and I have thought ‘I’ve got to win this, I’ve got to beat her and I’ve got to do this’. This year I just lined up and said, ‘you know what, they might have had access to a track that I haven’t had, or they have had equipment that I haven’t had or maybe I’ve had something that they haven’t had’. This year we can’t be judged on what we have been doing because everyone has just had so many different things. So let’s just go out there and do the sport that we love.”

“This year we can’t be judged on what we have been doing because everyone has just had so many different things. So let’s just go out there and do the sport that we love”

“It gave me such a confidence boost but now I’m just scared,” she laughs. “I’m scared that I have peaked too soon! Hopefully there is more to come next year.”

The thought of all the opportunities to come will help to motivate her through her hard winter training, however, as she also recently found out that she will have the chance to race at the Commonwealth Games for the first time in 2022.

“After that (the Tokyo Paralympics), I kind of thought for a long time that would be me, that would be it, I would leave the sport at that point,” she says. “But it has been announced that I will have a race at the Commonwealth Games in 2022 and I definitely want to go for that. I really want to try and qualify for my first England team so that’s exciting. We will also have a World Championships and a European Championships that year, too.

“It’s just going to be a really busy three years coming up if it all goes to plan. But that’s exciting. I like being busy, I like being on an international stage, so I just want to get out there and get it done.”

It’s not just on the track where Cockroft has been dominant, however. She is a multiple winner in the AW Awards and this year was voted top in a global category.

“It’s a massive honour,” she explains. “It’s not just some random award, it is people that follow the sport, that love the sport and ultimately that understand the sport, too. It’s probably one of the most prestigious awards you can win because it’s not a popularity contest, it’s people that really understand what you have done.

“I think this year out of all the years it could have ended so differently so I am thankful that it went well. Hopefully I can do everyone proud next year as well.”

» This feature was first published in the December edition of AW magazine, which is available to order online in print here and read digitally here