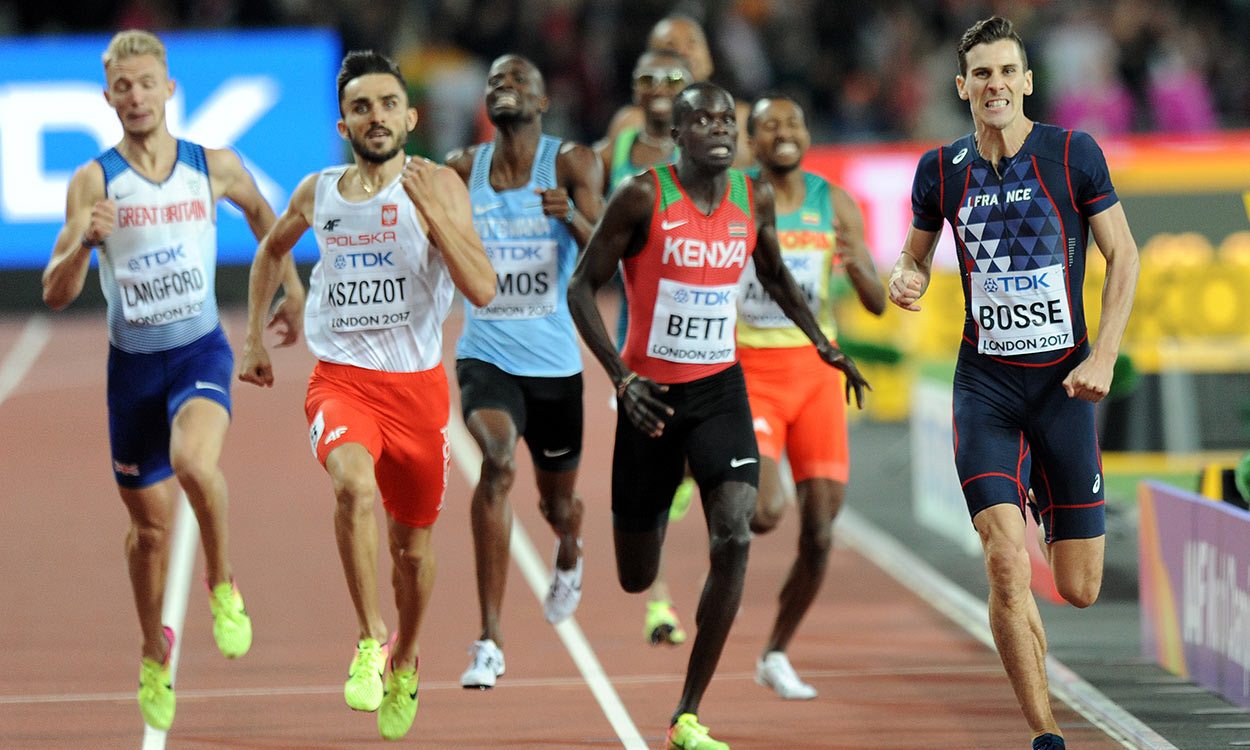 According to the AIU decision document, Bett first refused to submit to sample collection on February 24 this year and then the banned substance recombinant-erythropoietin (r-EPO) was detected in a sample he provided during an out-of-competition test on July 31.

Bett has the right to appeal the ban, which is to run from August 15, 2018 – the date he was provisionally suspended – through to August 14, 2022. This means he will miss the next two editions of the IAAF World Championships, plus the 2020 Olympics in Tokyo.

His results from February 24 to August 15, 2018, will also be disqualified, but this means his result from London 2017 still stands.

Bett finished one place and four hundredths of a second ahead of Britain’s Kyle Langford in the world 800m final in London last year as Pierre-Ambroise Bosse of France took gold ahead of Poland’s Adam Kszczot (see above photograph). The Kenyan 20-year-old also won the world under-20 800m title in 2016.

In a comment posted to Instagram with a picture of the world 800m final, Langford wrote: “ROBBERY! Bett who finished 3rd at the world championships in London failed a drugs test for EPO back in February 2018. He is now suspended for 4 years but with only being 5-6 months after his world championships bronze @iaaf_athletics have decided not to strip him! What now feels unlucky I was 4th, the moment of a global medal at a home championships stolen.”

He added: “A chance to be the only individual medalist with my inspiration @gomofarah in front of my home crowd. And not to mention the financial losses that would have made a massive difference to my life. I feel let down by the sports governing body.”

The AIU said Bett did not respond to numerous communications about a hearing on his case but that in an email received in October, Bett claimed he had never used EPO.

The full AIU decision document can be found here.