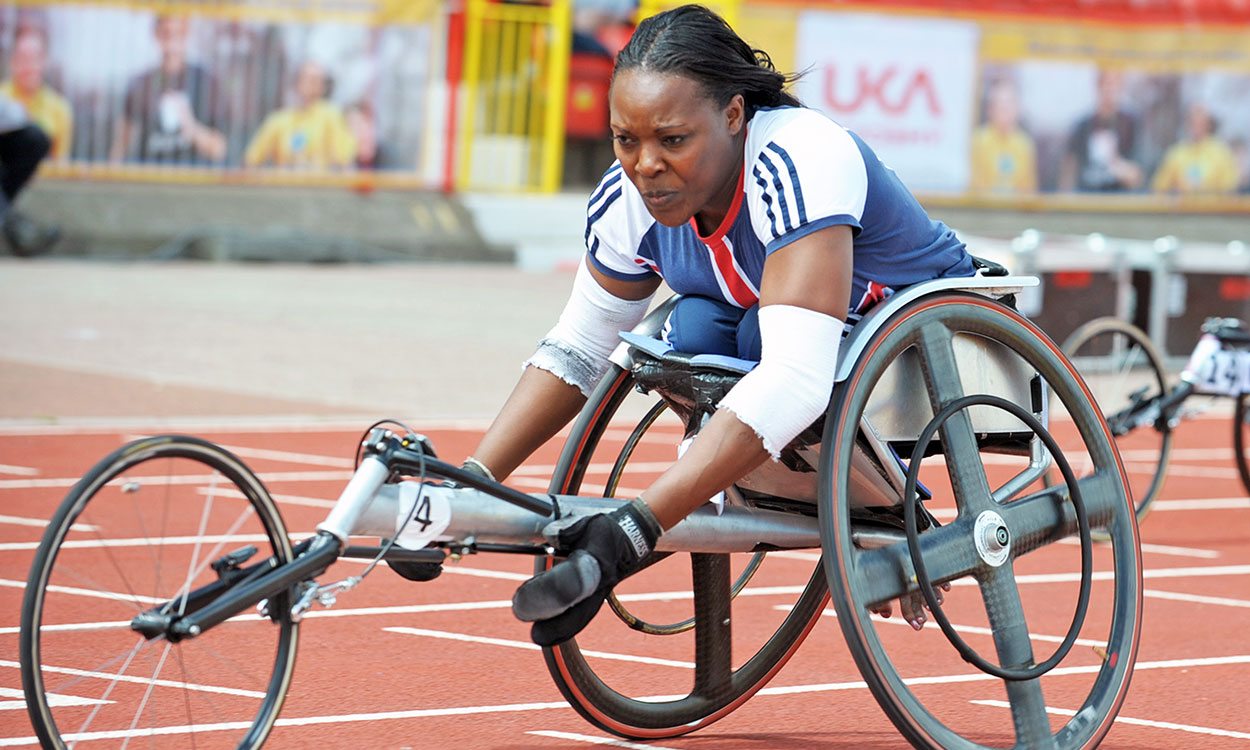 Panel, chaired by Anne Wafula-Strike, highlights findings including “wide consensus” that the current UKA national classification system “could be abused”

The current system for the classification of para athletes is open to abuse, according to a review report published by UK Athletics (UKA).

A panel, chaired by Paralympian Anne Wafula-Strike, has identified a series of recommendations following its review which was undertaken from November 2016 to February 2017. Its purpose was to ensure that UKA’s processes were fully compliant with World Para Athletics (WPA) regulations and robust in how procedures were understood, documented and consistently followed.

The review’s terms of reference also involved identifying whether there was evidence to suggest manipulation of the classification system and if UKA was on course to meet the objective of ensuring every British athlete has a classification fully supported by full medical documentation.

Classification groups athletes into competition categories, or ‘sport classes’, based on their impairment. Athletes are assessed and allocated a sport class according to how much their impairment affects sports performance.

Wafula-Strike was joined on the review panel by John Brewer, head of the school of sport, health and applied science at St Mary’s University, plus Iain Gowans of the British Paralympic Association as independent panel members, as well as Peter Taylor of the UK Athletics board.

She said: “Ahead of the biggest international competition at London 2017 this summer, and heading toward the 2020 Paralympic games in Tokyo, we want to ensure that elite para athletics is absolutely fair, transparent and accountable so that para athletes have confidence in the processes surrounding classification. As a Paralympian, I am determined that the sport I love so much continues to provide opportunity for all disabled athletes who compete.”

The UKA classification review invited a cross-section of individuals with a direct experience of the UKA classification system to participate in an interview to allow members of the review panel to gain an informed perspective and understanding of the procedures in practice. The report states that 20 people accepted the invitation.

Following the interviews, the review panel established some key findings and the review report reads in part: “A significant majority of the interviewees evidently believe that the current UKA national classification system is comparable with or better than that of most, if not all other nations. UKA staff showed a strong desire to be ethically above board and see the sport’s classification rules implemented consistently and without favour.

“The Panel did find that there was some lack of confidence in the UKA national classification system amongst a small number of non-UKA staff, and some concern that the system is open to exploitation. However, where this was found to be the case, much of the frustration appeared to be due to lack of appreciation of the different responsibilities of the national and international classification systems.

“The Panel was provided with some anecdotal evidence of exploitation of the UKA national classification system by a minority of athletes which, in some instances, may not have been intentional.

“There was wide consensus that the current UKA national classification system could be abused, should an athlete or support personnel be sufficiently motivated, have an understanding of the classification process and have an impairment that lends itself to exaggeration. This issue is not exclusive to athletics but reflected across Paralympic sport.”

The report identified methods which could be used for intentional misrepresentation, including:
– Athletes with neurological conditions arriving at classification evaluations with prior fatigue;
– Athletes altering their medical forms and supporting evidence prior to submitting them to UKA;
– Athletes presenting medical reports from doctors who are sympathetic to the athlete.

The report added that although the review found that the national classification system could be exploited, “there was no substantive evidence to suggest that this is the case”.

Among the recommendations made by the review were increases in access to independent expertise to support the system, from the appointment of a panel of independent clinicians to support the classification process, as well as an independent oversight committee, separate from UKA, to manage the national protest and appeal process.

It was also recommended that communications around classifications processes were increased in order to provide clarification relating to differing codes, ensuring athletes are fully briefed on the rationale of the class allocated; as well as classification workshops and an improved online resource that was clear and accessible in order to communicate key information such as rule changes.

“The panel members involved are positive that the recommendations will strengthen the existing classification system and procedures,” said Wafula-Strike. “We believe that these recommendations, accepted by the board of UKA, will mean that they are leading the way in ensuring that para athletics, as it continues to evolve and grow, is robust for the rest of this decade and going into the next one.”

Brewer commented: “The Panel were made very aware of the complexities involved in the classification process, and were impressed with the rigour and manner in which the national classification of existing and aspiring athletes is undertaken. We are also aware that athletes are in a constant state of change, either as a result of their training or, in the case of some athletes, as a result of their disability.

“Consequently, many of the recommendations we have made will, we believe, allow the process in the future to be more flexible, responsive to change and – if appropriate – open to challenge and closer review.”

Ed Warner, chair of UK Athletics, said: “The board wishes to thank the panel for its work on this review and the thorough manner of its approach. We are also indebted to everyone from across para athletics in the UK who contributed their views to the panel.

“As chair of UKA I am satisfied that the current domestic classification system is deemed to be robust and indeed is cited as one that is an exemplar. But we do not shy away from the indicated areas for improvement that would further enhance the UKA classification process and will work to ensure that the recommendations of the panel are implemented in full.

“Para athletics remains a comparatively young sport in which performances are improving rapidly and the nuances of classification are not always well understood, even by those close to the sport. The World Para Athletics Championships in London this summer present an opportunity to improve this level of understanding and this review is an important element in that process.”

The full review report can be read here.