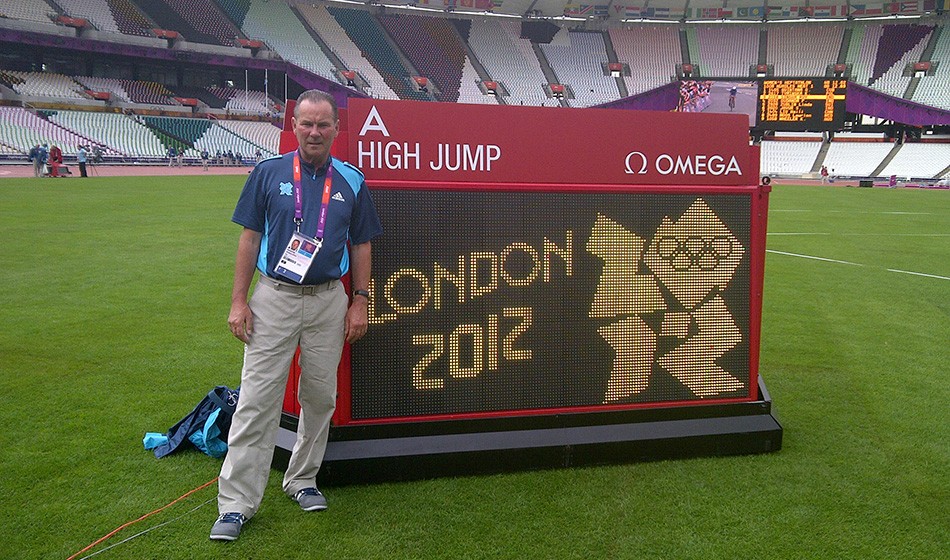 One of Britain’s top officials, Paul Rutter, is backing a new campaign which urges people to act ‘right now’ in the fight against cancer.

It was shortly after the IAAF World Championships in London when Rutter was told he had just weeks left to live after a small lump on his neck led to a diagnosis of the disease.

But now, more than two years later, the 63-year-old continues to astound his doctors and is helping to raise money and awareness alongside Cancer Research UK.

Starting his career as a field official for Ipswich Harriers in 1999, Rutter’s role has taken him around the world and to the London 2012 Olympic Games.

Reflecting on his diagnosis, Rutter said: “The doctor who delivered the news couldn’t quite believe what I had as I looked so fit and healthy. It was such a shock.

“I’ve never smoked, never been ill and I have no family history of cancer, but I was told I had stage 4 cancer. My wife and my daughter just fell on the floor.”

Rutter received treatment at the Royal Marsden Hospital in London, where he went on a clinical trial to inject a new cancer-fighting drug directly into the tumour.

“My experience means I understand all too clearly why the work of organisations like Cancer Research UK is so important,”
said Rutter, with the charity’s new campaign aiming to show how actions taken right now can make a real difference to people’s lives.

“Two years ago, I was told I had just weeks to live, but research has given me more precious time with my loved ones and I’m so grateful for that.

“If someone had said to me two years ago that I would have throat cancer I would never have believed them. If you suspect something is not normal get yourself checked out.

“It’s not good news that my tumour has grown but I live each day at a time. My doctor thinks if they can target the tumour successfully with radiotherapy there’s hope. Psychologically I have good times and bad times, but no one sees the bad times.” 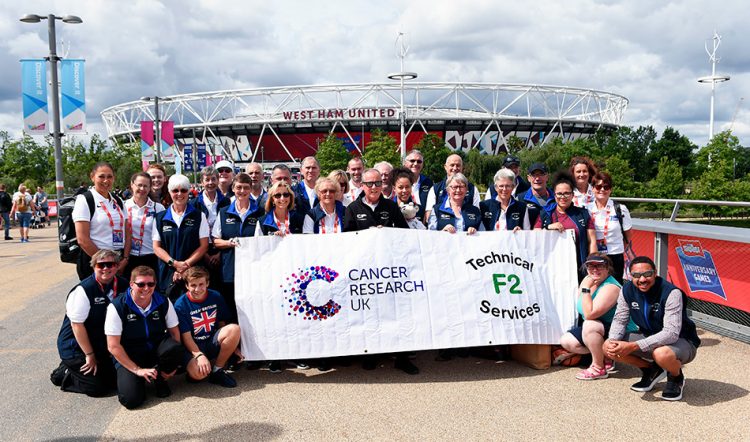 Reflecting on some of the top times in his career as an official, he recalled the Invictus Games in 2014 and said: “I was there in front of thousands of people and the pressure was just enormous. I was measuring the distance on the shot put and put my white flag up to indicate a good throw when I heard a voice behind me saying ‘good decision’.

There were loads of cameras and I couldn’t work out what was happening but then I looked behind me and saw it was Prince Charles, Prince William and Prince Harry.”

He added: “One of my favourite athletes would be Greg Rutherford. I have been on many events with him and off the track he always says hi. Renaud Lavillenie – the professional way he performed to win (2012 Olympic pole vault) gold was amazing to watch and also be part of.

“Also, Jessica Ennis-Hill for what she achieved in 2012 and beyond – every time I have judged her she has always been so focused but also very respectful to officials which is always nice.”