The story of Britain’s sprint relay glory in Athens 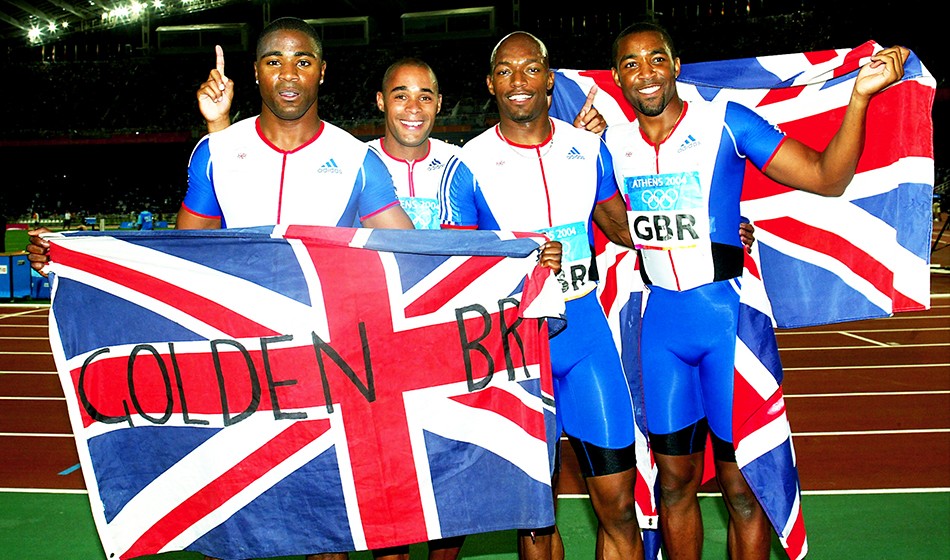 When Jason Gardener, Darren Campbell, Marlon Devonish and Mark Lewis-Francis captured Olympic gold in the 4x100m at the 2004 Athens Olympics, it was a victory of teamwork, talent and overcoming the odds.

They beat a superbly strong American team which included Justin Gatlin and Shawn Crawford, the 100m and 200m gold medallists respectively at those Games, plus Coby Miller and Maurice Greene on the anchor.

The book goes into great detail on the race itself and includes plenty of background on the build-up as it reminds readers what happened at championships such as Seville 1999, Sydney 2000, Edmonton 2001, Manchester 2002 and Paris 2003. There are also, naturally, the back stories of the athletes.

With the exception of magazine and newspaper features, this is an untold story too. It is written in an unusual style with quotes from the athletes pulled out from the main text to punctuate the pages, but it works and reads well and the only criticism is that barely any photographs are used.

It is certainly a great story that was worth telling. If anything, this book should have been a bit bigger and glitzier. “I trusted these guys with my life’s ambitions, which is the same as trusting them with my life,” says Campbell, as he gives an insight into just how important this moment was.

» Our Race – the untold story of an all-time sporting shock by Trystan Bevan and Ben Mercer is available via Amazon for £14.99

Mike Bull made headlines last year when the BBC featured him pole vaulting at the ripe age of 74. It acted as good publicity for his autobiography, which was released in the summer and tells the story of a Northern Irish athlete who won two gold and two silver medals at the Commonwealth Games.

In 2015 AW named him “Britain’s greatest ever pole vaulter” but it took him many years to get around to publishing his autobiography. “Like a fine wine it has matured,” he says of his book.

Fans of athletics in the 1960s and 1970s will lap up Bull’s memoirs. If you are interested in the pole vault, it is especially essential reading as Bull saw many changes during his career such as the move from rigid metal poles to fibreglass and the introduction of soft landing beds as opposed to the two inches of sand that he fell into when he first began the sport. 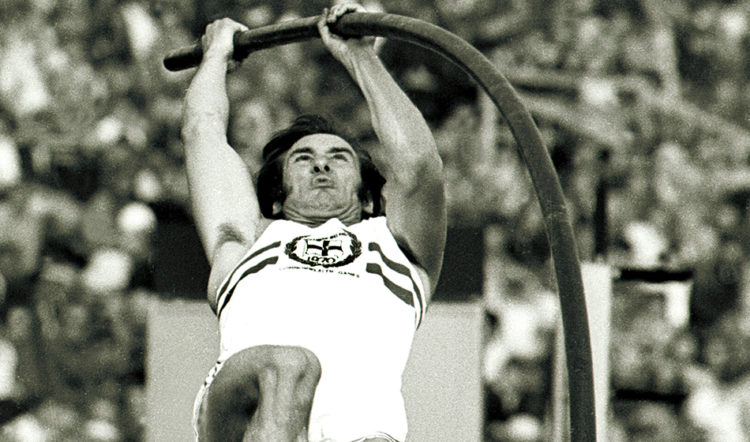 The book talks about the lack of pole vault facilities over the years in the UK, the eastern European athletes he competed against who were part of state-sponsored doping programmes and the move from amateur to professional athletics.

Amusingly, for example, he says he once had an expense claim for a tuna sandwich that cost five shillings turned down by Harold Abrahams of the AAA of England and Chariots of Fire fame.

A fascinating and well-travelled figure, he was at the edge of the long jump runway when Bob Beamon smashed the world record in Mexico in 1968. Outside of athletics he opened a gym and gained a doctorate in philosophy.

His book, which features a foreword by Lynn Davies, is an interesting and easy read, full of fine vintage photos, of an athlete whose exploits were ahead of their time.

Keely Hodgkinson features on the cover of the 64th NUTS Annual. The bible of statistics for British athletics, it has been published since 1959 and this year’s edition, which recaps the 2021 season, is 435 pages.

The book is edited by Tony Miller, Stuart Mazdon and Peter Matthews and includes:

Life in the fast lane

There has always been a fascination behind the athletes who strive for the title of being the fastest man on earth – the men’s 100m Olympic final is the one moment when the world stops to watch athletics – and in this book journalist Neil Duncanson takes the deepest of dives into the stories behind each of those showpiece sprints, from the first in 1896 right through to Rio 2016.

First published in 1988 but completely reworked earlier this year ahead of the Tokyo Games, this is a painstakingly researched and highly detailed look into not just the performances but the circumstances and the personalities behind them.

It might be a lengthy read but the words are not wasted as each chapter provides a fascinating, vivid individual story in itself. Usain Bolt himself has written the foreword and, if you ever had any questions around men’s 100m running at the very top level then this book with answer them.

» The Fastest Men on Earth – The inside stories of the Olympic men’s 100m champions by Neil Duncanson is published by Welbeck for £9.99

The current stars of Scottish athletics such as Laura Muir, Eilish McColgan and Josh Kerr are following a rich tradition of track and field excellence, as this new book by sports historian John Keddie illustrates.

The cover alone is a reminder as images of Olympic champions Eric Liddell, Wyndham Halswelle and Allan Wells hit you straight away.

The book covers the period of 1896-1980 and deals for the first time with Scottish national participation in Olympic track and field disciplines from their inception.

The author has a great track record, too, as he has written also written Scottish Athletics (1982) and Running the Race – a biography of 1924 Olympic gold medallist Liddell. 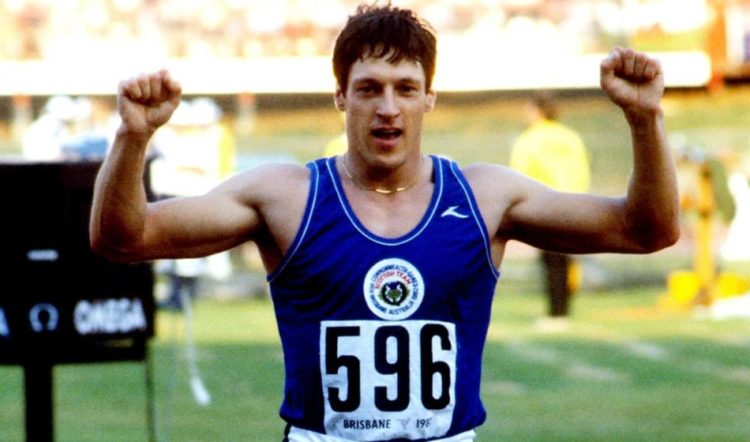 From just one Scottish athlete – Launceston Elliott – at the inaugural Olympic Games in 1896 the presence of Scottish competitors in British teams grew steadily over the years and Keddie has done a fine job researching and chronicling it all. Many of these results, of course, took place even before AW was born in 1945.

The book also contains a fine number of illustrations, from Jim Lightbody (an American whose father was born in Lanarkshire) winning 1500m gold in 1904 to athletes like Wells and teenage prodigy Linsey MacDonald at the 1980 Games.

When Alan Corcoran’s father suffered a stroke, the 21-year-old began a charity fundraising mission that saw him run 35 marathons in 35 consecutive days around Ireland in 2012.

Before embarking on his ultra marathon journey, Corcoran was an all-Ireland 400m hurdles champion as a teenager. The book explains how he made the transition and there is a hint that a sequel might appear where he swims the length of Ireland!

“An intimate and uplifting story of grit, tenacity and healing and one that is sure to stir the soul,” says ultra running legend Dean Karnazes.

» Marathon Man by Alan Corcoran is available via Amazon for £10

Blackheath & Bromley Harriers has a rich history and John Turner from the club firstly published a booklet on the 1898-1948 period and now there is a sequel called The Badge we all hold dear – The Blackheath Harriers’ Gazette and Club Record 1948-1979.

Turner started writing the booklets during lockdown at the start of the pandemic and although the club was born in 1868 he started chronicling the history from 1898 onwards as this is when the club newsletter first appeared.

Famous athletes in the club’s history range from Sydney Wooderson through to Dina Asher-Smith and the former crops up in the first booklet several times for his world and British record-breaking achievements.

As with the first booklet, the second one covering 1948-1979 concentrates on social history from the athletics perspective of the club. In 1952, for example, there is a snippet strongly encouraging members to buy AW whereas on the same page Franz Stampfl is announced as the new club coach with hopes that he would improve javelin standards.

Michael Crawley’s superb examination of the running culture in Ethiopia and those pursuing athletics excellence in the country was a great success when it was published in hardback late last year. It is, in fact, one our favourite books to have emerged in the past 12 months.

The paperback version has just been published and is recommended reading for anyone with an interest in distance running. Crawley embedded himself in the Ethiopian running scene, spending 15 months with a training group in Addis Ababa observing how the athletes operated and at times trying to keep up with them too. 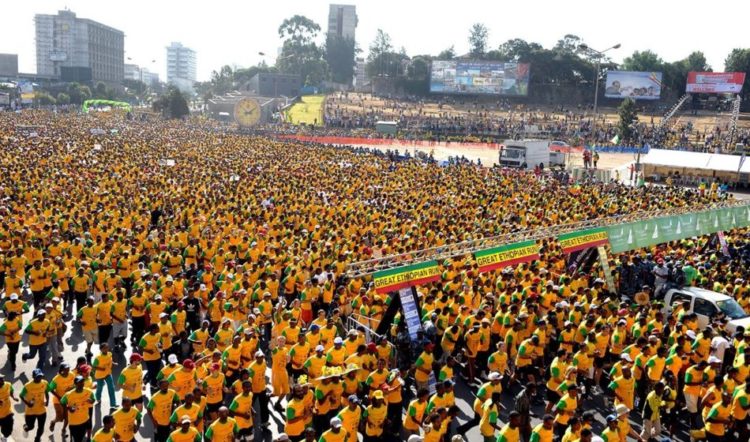 As well as his fine ability for storytelling and managing to give the reader with some great insights, the lessons the anthropologist learned from his time there can be also put to good, practical use when it comes to improving your own running.

» Out of Thin Air – Running wisdom and magic from above the clouds in Ethiopia by Michael Crawley is published by Bloomsbury for £9.99 paperback