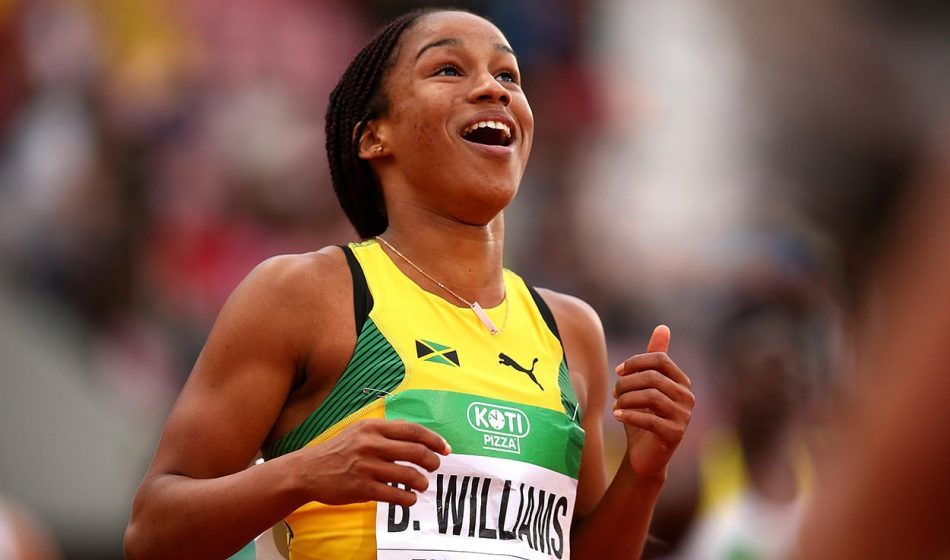 Jamaica’s double world under-20 sprint champion Briana Williams is facing a race against time to be considered for the IAAF World Championships in Doha after testing positive for the banned diuretic hydrochlorothiazide.

According to Jamaican newspaper The Gleaner, her representative Dr Emir Crowne “confirmed earlier Gleaner reports that the substance was contained, but not listed as an active ingredient, in an over-the-counter cold-and-flu medication that was given to her by a close relative and that she had declared on her doping control form while being tested by Jamaica Anti-Doping Commission (JADCO) officials”.

The 17-year-old Williams, who is coached by former world champion and multiple Olympic medallist Ato Boldon, reportedly tested positive at the Jamaican Championships in June, where she clocked a world under-18 best of 10.94 to finish third in the 100m to put her well in the running for a place on the team for Doha.

Crowne is ­hoping that any hearing on the case will be expedited, with the Jamaican world championships team set to be named on September 6.

“Our primary position will be that Ms Williams bears no fault in the circumstances and there should be no sanctions levied against her,” Crowne is reported to have told The Gleaner.