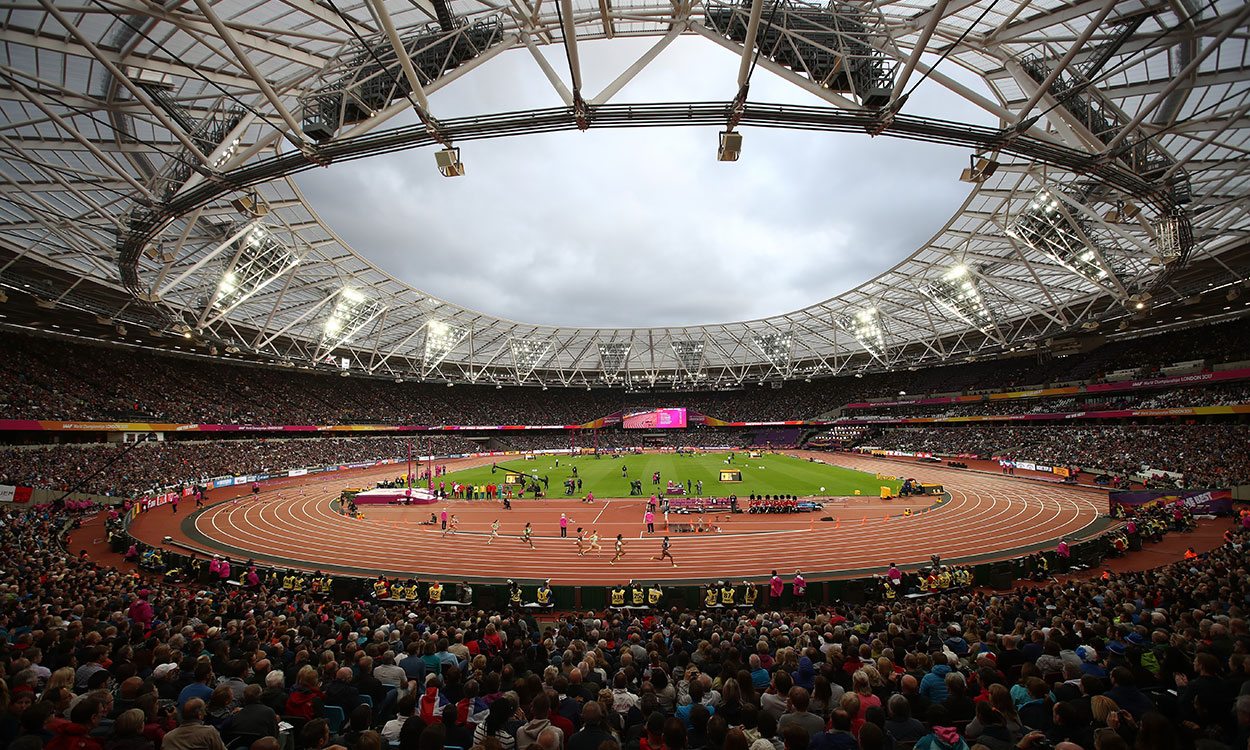 An event impact study has highlighted the benefits of London having hosted the ‘Summer of World Athletics’ in 2017.

The study, which is available to view at www.londonandpartners.com/events/news, was undertaken following the World Para Athletics Championships and IAAF World Championships London 2017.

London became the first city ever to host both the World Para Athletics Championships and IAAF World Championships in the same year with more than 3300 athletes from more than 200 nations competing in 30 sessions across 20 days.

The study, delivered by The Sports Consultancy, in partnership with Nielsen Sports, Gracenote and PCSG, assessed the total direct economic impact of the Summer of World Athletics as exceeding £107million.

More than a million people attended the Championships, with events not just held in the London Stadium but across the capital. The IAAF World Championships were awarded a Guinness World Record for tickets sold in excess of 705,000, while the World Para Athletics Championships, with 305,000 ticket sales, exceeded the figures for all previous editions of the event combined. 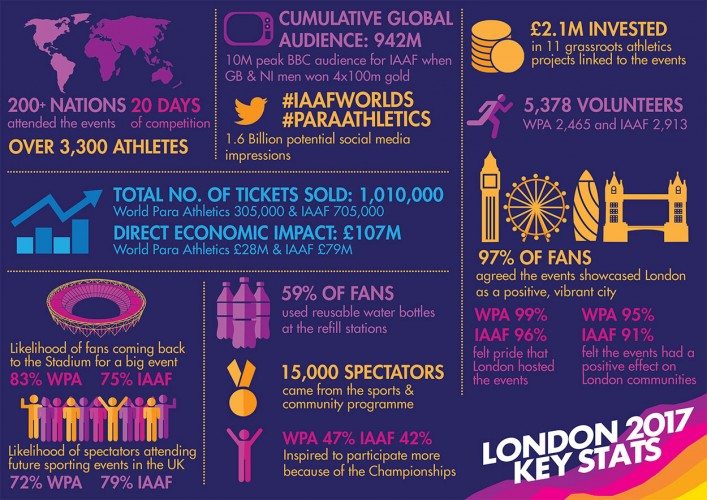 The report also showed that a £2.1million investment was made into grassroots athletics and running, with the official inspiration programme and ‘Team Personal Best’ engaging with 250,000 people through 733 events with 250 held in the host city alone. Further to that, an average 45% of those surveyed said they had been inspired to do sport or active recreation more often than usual as a result of attending the Championships.

Matthew Wilson, director of consulting at The Sports Consultancy, said: “This report clearly evidences the extensive impact the IAAF World Championships and World Para Athletics Championships delivered to London’s businesses and citizens. These events delivered a direct economic impact to London which significantly exceeds that generated by the previous editions of each event.

“Moreover, London 2017 delivered compelling evidence across a broad range of impact parameters, evidencing successful engagement of London communities, enhancement of London’s reputation as a global tourism, major event and business destination as well as a champion of diversity, and investment in sport participation – not just in London, but throughout the UK and internationally.”