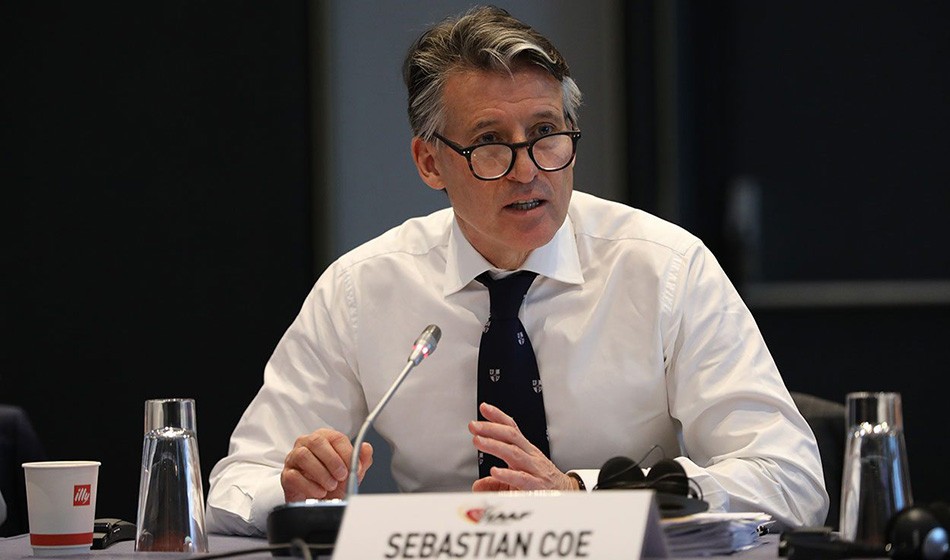 A stable and trusted global governing body is helping to attract a fresh wave of sponsors into athletics. That’s the view of Seb Coe after more than three years as president of the International Association of Athletics Federations (IAAF).

When Coe took on the role in 2015 he replaced an outgoing president, Lamine Diack, who was accused of corruption. The sport, meanwhile, struggled with problems such as nation-hopping athletes and the age-old issue of doping.

Yet under Coe’s leadership the IAAF has stamped on the corruption with reforms and the creation of an independent Athletics Integrity Unit. They also made a bold and long-term decision to ban Russia from international competition. The transfers of allegiance process was also frozen to stop nation-hopping.

All of this has helped the IAAF gain respect and trust again, which means sponsors are coming back into the sport.

In an exclusive interview in the January 10 issue of AW, Coe said: “We’re working as a headquarters much more collaboratively with the member federations and associations. Instinctively, I think there is a sense that we’re moving ahead together and that we’ve made brave decisions which created stability and gave us a very important platform for engaging with more commercial partners.

“It’s the world I’ve lived in for a long time, but I just know that unless a sport can really genuinely show that it can govern itself properly and effectively then the big brands are not going to risk reputational damage of exposing themselves to a sport that can’t do that.

“The challenges we had were well documented and they were globally documented. We had sponsors that went and others that were very shaky, so I had a very clear road map of what I wanted to do constitutionally and governance wise before I got into the job.

“The urgency given what we had to confront very early on meant it had the advantage that I was able to drive in very quickly and frankly very hard and also gave us the advantage of showing those sponsors that we were very serious in what we were doing.”

When it comes to sponsorship, he gives more detail, saying: “I’m pleased to report that we’ve either concluded or a long way down the road of successful renegotiations with all those partners for long-term contracts. Also we’ve brought a new partner across the line, which is Qatar National Bank – a multi-million-pound contract.

“So if you look at the first three years, there has been stabilising through the reforms, making our sport a lot safer with the creation of the Athletics Integrity Unit and we’ve commercially stabilised and brought new partners on. I’m pretty confident that not too far into 2019 I’ll be able to announce some new partners too, which will be good.”

Yet Coe knows his job is far from finished. “We’ve still got a few things sitting in the intray which we’re working on.”

Read more about these in the latest issue of AW.