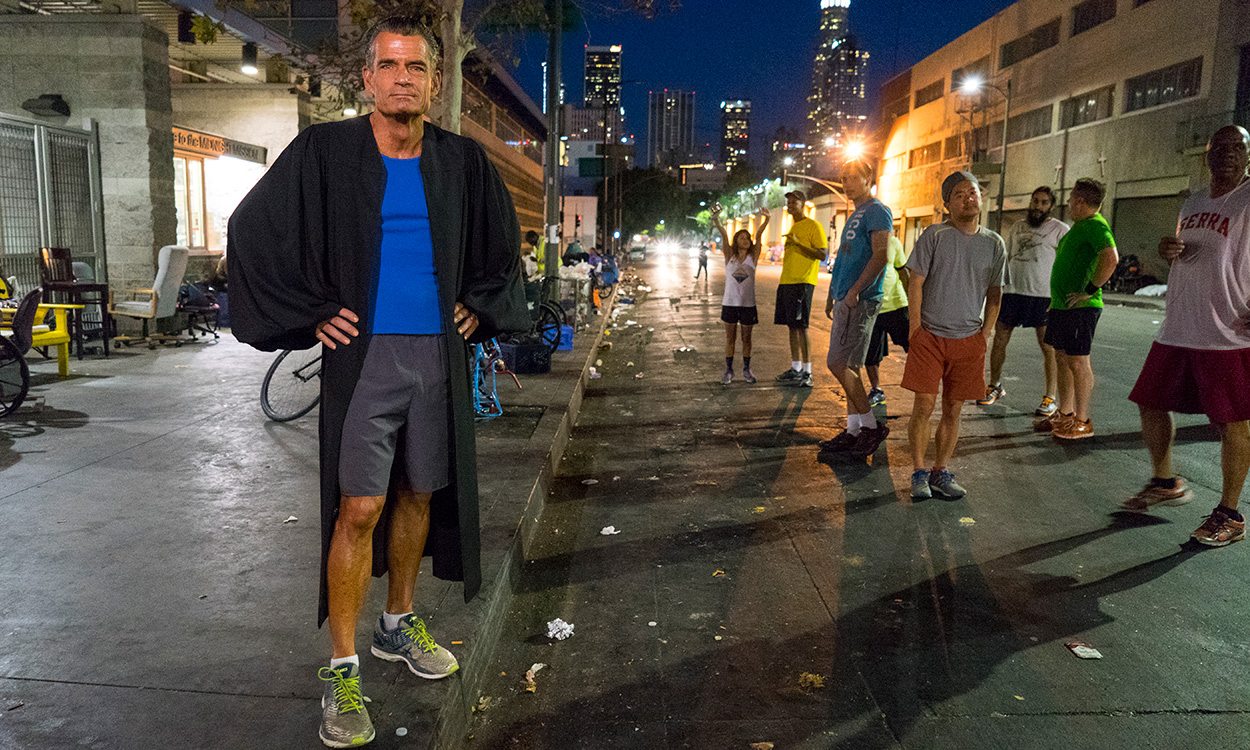 We’ve all been there. The alarm goes off and the sudden daunting task of running a marathon hits you like a ton of bricks. How in the hell I am going to do this? What if I don’t do this? What if I fall and crumble at the final hurdle?

For the people of the Midnight Mission homeless shelter, in downtown Los Angeles, this has been a series of never-ending hurdles on the road to revitalise their lost purpose in life.

Skid Row Marathon follows four runners as they rise from the mean streets of LA to run marathons around the world, battling their past of homelessness and addiction at every turn. With a marathon in Rome fast approaching, the film chronicles the up and downs of these homeless individuals as they run to regain hope, health and dignity.

For all its beautifully cinematic shots of the runners, we soon discover this documentary feature is not so much concerned with the physical aspects of running. The film instead deals with running’s most relatable challenge – the psychological battle between either accepting defeat or spurring yourself on to the finish line, regardless of what life throws at you.

In the space of two minutes of footage, we get a hard-hitting understanding of what life throws at Judge Craig Mitchell everyday as he sentences a man to life imprisonment. It becomes apparent this is not an unusual day at the office. The Judge laments, you would have to be inhuman not to feel some remorse for the convicted criminals. From here, we discover Mitchell leads two lives, one passing judgement on those who have done wrong and another helping to rehabilitate these people by setting up the Midnight Mission running club. 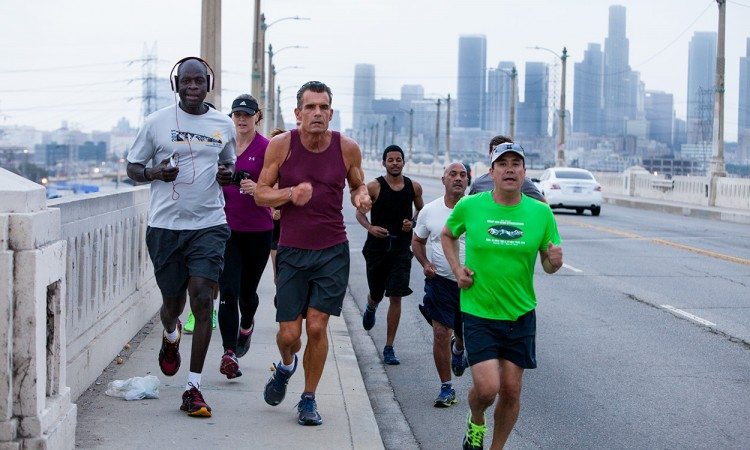 Just as cinematographer James Stolz captures an unfaltering view of these ex-convicts and addicts, Mitchell never falters at trying to actively aid these lost souls through the power of running. Despite health issues, he continues to lead the club, while raising large funds to give them all the opportunity to run in marathons locally or abroad.

The man exudes principle, class and an endless amount of faith in the reinvestment made into these runners lives. Audiences will feel that faith is well placed, as director Mark Hayes and his team do an excellent job of introducing these members of the Midnight Mission in a way that doesn’t constructively manipulate their situation. Yes, these are people who have fallen down a dark path and hit rock bottom, but they are not defined for this relapse of judgement. David, Ben, Rebecca and Moby aren’t carbon cut-out characters from the footage filmed, these are three-dimensional people with hopes, dreams and aspirations.

Dealing with such a heavy subject as homelessness, it would have been easy for the filmmakers to paint a complete tale of woe, accompanied by just one note of sympathy and defeat running throughout. However, this is simply not the case here. The film truly evokes emotion through the inspirational ambitions of what these individuals are going to do next.

Runners such as David (recovering addict and close friend of the Judge) and Ben (also a recovering addict) are both aspiring artists and the film clearly displays their incredible talent and worth to society. This worth is also encapsulated by single mother and recovering addict, Rebecca, a woman disciplined and determined for someone to give her a chance to kick-start a career in medicine, despite her criminal history.

Through some tear-jerking moments, we get a clear sense of how much this woman has changed for the better and because of this we root for her every step of the way. As the Judge surmises, one bad act does not define a person. Although that message may become difficult and perhaps controversial when following Rafael, a reformed criminal on parole for murder, his actions and demeanour throughout almost become alien to the events described in the shooting itself.

It is my belief that the best kind of documentaries find meaning and bring it to the surface but do not make it feel like a total construction and manipulation of events. Even with the runners’ struggles and darkest moments of painstaking regret, there are some moments of levity, particularly seen through the cynical Ben who seemingly smokes before and after every run and also a hilarious meeting on international vaccinations and the dangers of monkeys.

Skid Row Marathon is quite simply not concerned with concrete judgement. For better or worse life goes on.

With that knowledge, we can either allow ourselves to get dragged along or we can keep on top of things by taking life one step at a time. As thrilling as running can be, that’s what it boils down to, putting one foot in front of the other and not letting it get the better of you.

If you’re looking for inspiration for upcoming events and a taste of incredible human resilience, look no further than this truly remarkable slice of life.

» Find out more at skidrowmarathontickets.co.uk