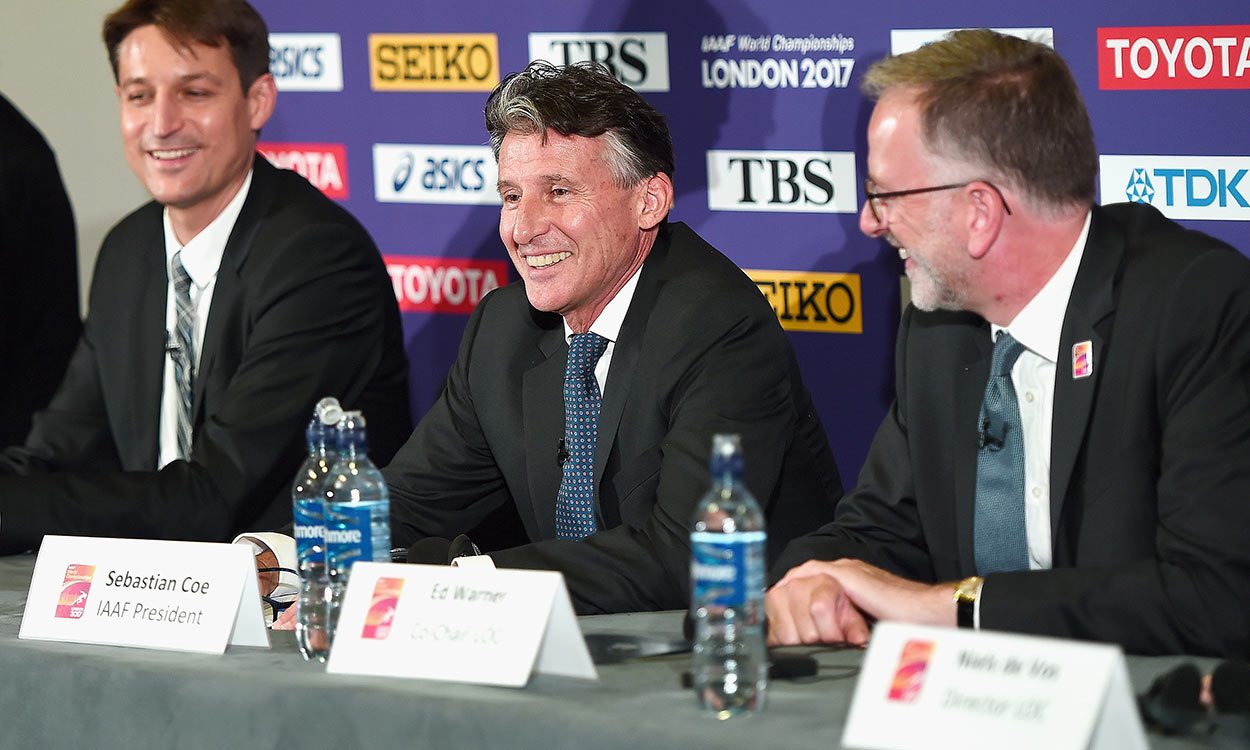 Sebastian Coe believes athletics is on the road to recovery following an entertaining IAAF World Championships in London which has been full of surprises and watched by full houses.

When Coe began his role as IAAF president he was hit with doping and corruption scandals but he says the sport is turning the corner and this has been helped by the World Championships action of the last few days.

“I can’t remember a time when the competition has been actually so competitive and the stories around them so compelling,” said Coe. “We’ve seen the emergence of such young talent too. Kipyegon Bett, the 800m medallist, is barely 19. The 200m finalist Sani Brown is only 18. Karsten Warholm, who lit the fuse the other night in the 400m hurdles, is only 21. It’s a really comforting place for our sport to be in now that Mo Farah has taken to the roads and Usain Bolt has hung up his spikes.”

Coe added that the championships had witnessed the highest level of qualifying standards ever, the largest number of athletes at a World Championships and most tickets ever sold. “I am struggling to remember an event, time or sport when 700,000 people have passed through a venue in such a period of time,” he said, adding that the second Saturday evening’s session was “jaw-dropping”.

“The connection here between athletes and fans is in large part driven by the theatre created by those full houses,” he added. “Going forward we have to ensure athletes can compete where possible in front of full stadia and when we get that right the sport is unassailable.”

Much of this was down to the event being in London, he said with unabashed patriotism. “This is hardcore athletics territory,” he commented. “There is a deep-seated culture here for athletics. Over the years it is probably the most successful national sport in this country due to the sheer number of countries who compete in it.”

Coe refused to take a bleak stance on results such as Justin Gatlin winning the men’s 100m final, saying that Christian Coleman was “one third of the story” and could be the future of sprinting.

Ed Warner from British Athletics, who was alongside Coe at the press conference, added: “Sport is great theatre and drama and the ending is always unscripted.”

The IAAF president also proclaimed the idea of letting Russians compete under a neutral flag as a success, acknowledged the emergence of the athlete refugee team, heaped praise on the local organising committee in the UK and said medal ceremonies for reallocated medals “were here to stay”.

He added: “It’s a really important thing to do. I have spoken to so many athletes who have had their medals given over to them in a car park or via special delivery mail. You can never replicate the original moment but this is the next best thing. It is not for us or the fans. You should see the look of pride on the faces of the athletes’ families when they see wrong righted in the arena where the medal should have been won originally.”

Coe concluded: “I am witnessing a growing confidence within the sport after the tough decisions, reforms and cultural shifts that we have seen.

“My instinct tells me there’s still a long way to go but there is a confidence and people are now being proud about being involved in the sport.”

But he warned if the sport does not improve its competition calendar and format of major meetings then London 2017 “will be a happy memory but not a springboard for the sport”.