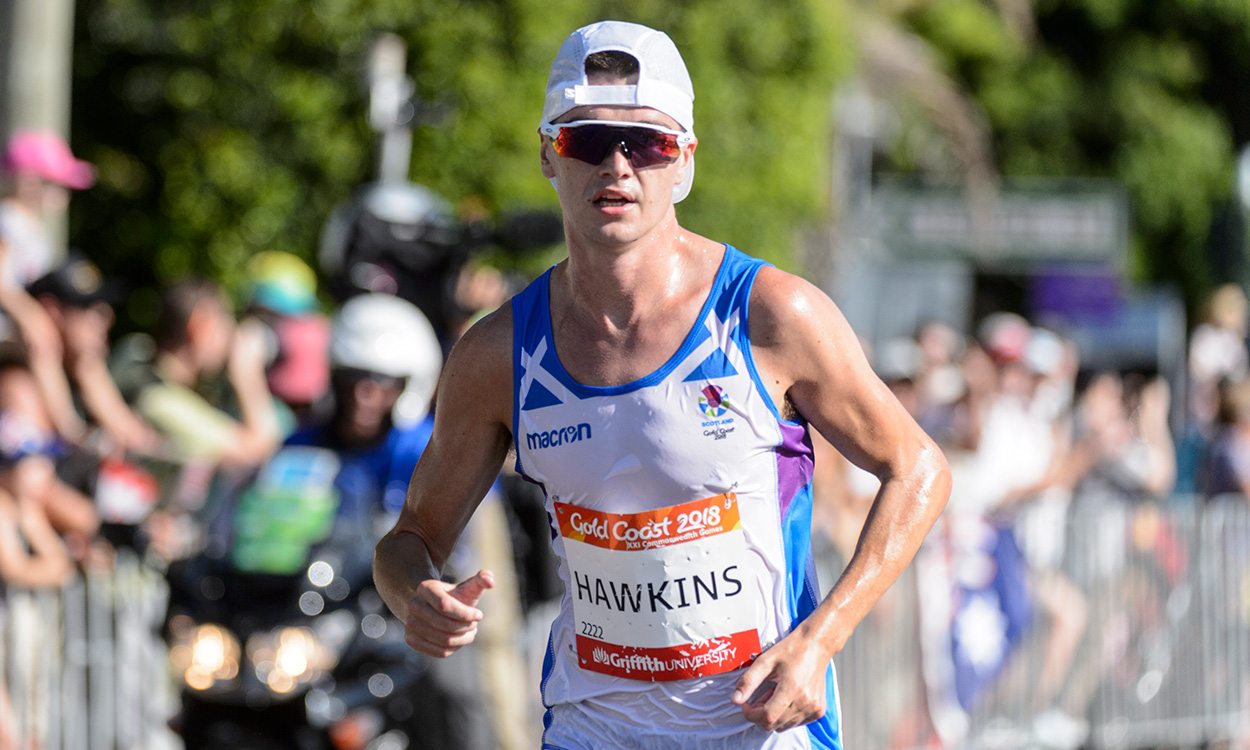 Gold Coast 2018 Commonwealth Games organisers are to face questions from Scottish Athletics as the governing body looks to address “issues” arising from the men’s marathon event earlier this month.

Even though he had already fallen and was weaving over the road, Hawkins still reached 40km over two minutes ahead Michael Shelley but he couldn’t recover from a second collapse on Sundale Bridge. The Australian went on to claim victory in 2:16:46 ahead of Uganda’s Munyo Solomon Mutai and Hawkins’ team-mate Robbie Simpson.

Scottish Athletics has since described “serious concerns” after seven runners from the field of 24 failed to finish.

“Scottish Athletics will ask for answers from Gold Coast 2018 organisers on issues arising from the men’s marathon,” a statement from the governing body reads in part.

“With seven of the 24-strong field failing to finish the Commonwealth Games marathon – and six of those believed to have been admitted to hospital while the race was still underway – there are serious concerns.”

It adds: “Now Scottish Athletics, in partnership with Commonwealth Games Scotland (CGS), will make an official request for response from the Gold Coast 2018 local organising committee.

“Chief executive Mark Munro is determined to pursue the issue using the formal auspices of CGS so that lessons can be learned for those involved.”

Questions being asked by Scottish Athletics relate to the timing and scheduling of the event, with the men’s race starting at 8:15am local time and the temperature being 27 degrees at the end of the race, plus the risk assessments carried out in advance.

The governing body is also looking for answers about the medical response time while Hawkins was collapsed on the roadside and the TV footage of Hawkins in distress, which was shown live around the world.

“We are making a joint submission to the Gold Coast Organising Committee with Commonwealth Games Scotland (who manage Team Scotland),” said Munro. “There are a number of key questions arising out of events on marathon day that we feel need to be addressed.”

Speaking on the day of the marathon, GOLDOC’s chief executive Mark Peters had insisted that the health of all athletes had been paramount, adding that investigations would take place to assess if the delay in treating Hawkins was excessive.

“I, like many others, was distressed to see a wonderful athlete like Callum collapse during the closing stages of today’s marathon,” he said, as it was confirmed that medical staff were posted at 500m intervals in the final kilometres of the course, all of whom had radio communications.

“GOLDOC has put in place a wide range of measures to ensure athlete welfare and the response of medical staff was within agreed response guidelines and timeframes.”

Hawkins was taken to hospital after his collapse for medical review “as is standard procedure” but was back in the UK and well this past weekend, taking on the role of official race starter and prize giver at the Virgin Money Giving Mini London Marathon.

Scottish Athletics hopes to make public any response received, if it is deemed appropriate and agreed accordingly.