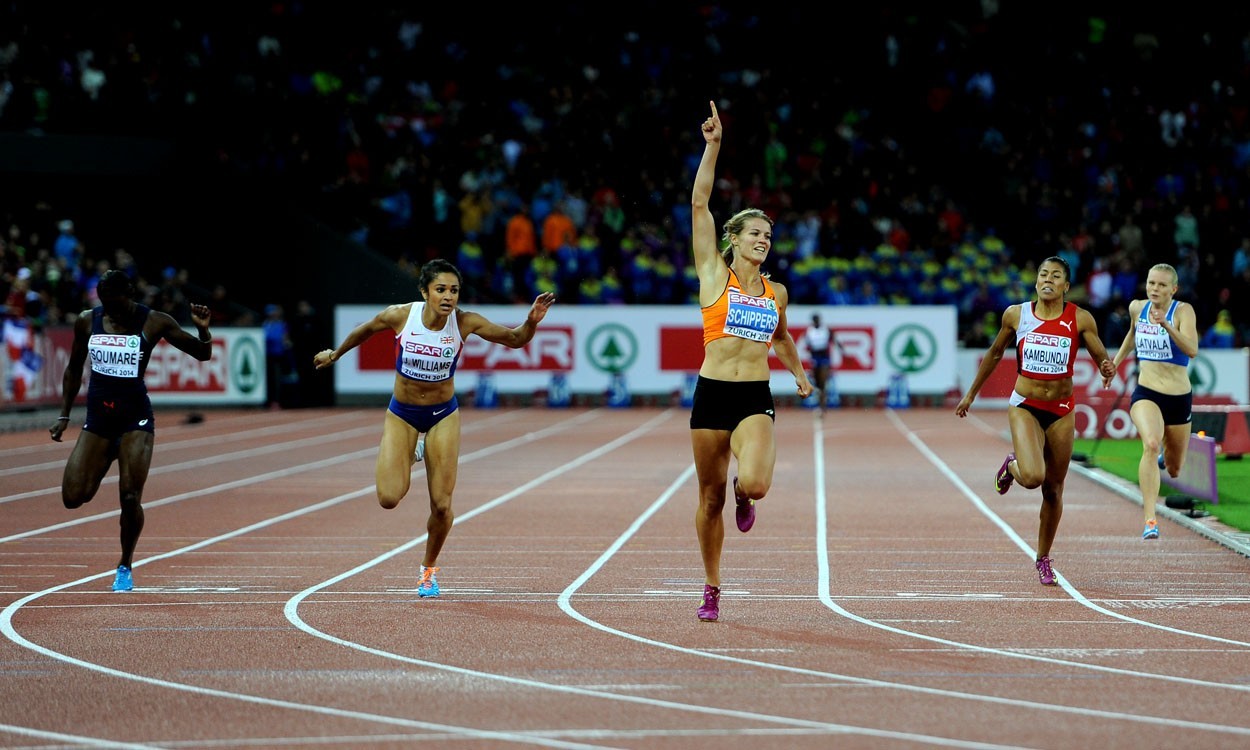 Dutchwoman completes sprint double with 22.03 200m but believes future is in combined events

Dafne Schippers said she remains committed to the heptathlon despite adding European 200m gold to her 100m win from earlier in the week, clocking a world lead time.

When asked if she would return to combined events, she said: “I think so. In May (in 2015) in Gotzis I will be back in the heptathlon.”

The 22-year-old world heptathlon bronze medallist, who set a PB of 6545 in finishing third in Gotzis this year, said she had unfinished business in combined events.

“I think I can get more points than I have this year,” she said.

Her time took 0.31 seconds off the national record she clocked in the Glasgow Diamond League last month – a performance which convinced her to try the sprints in Zurich.

“I surprised myself. I hoped just to run a PB,” she said of her clocking, which only Allyson Felix and Veronica Campbell-Brown have beaten since 2008. “The 200m was better for me than the 100m. My start is not very good.”

Schippers was the 10th woman to achieve the sprint double at the Europeans, emulating countrywoman Fanny Blankers-Koen, the four-time Olympic gold medallist, who did so in 1950.