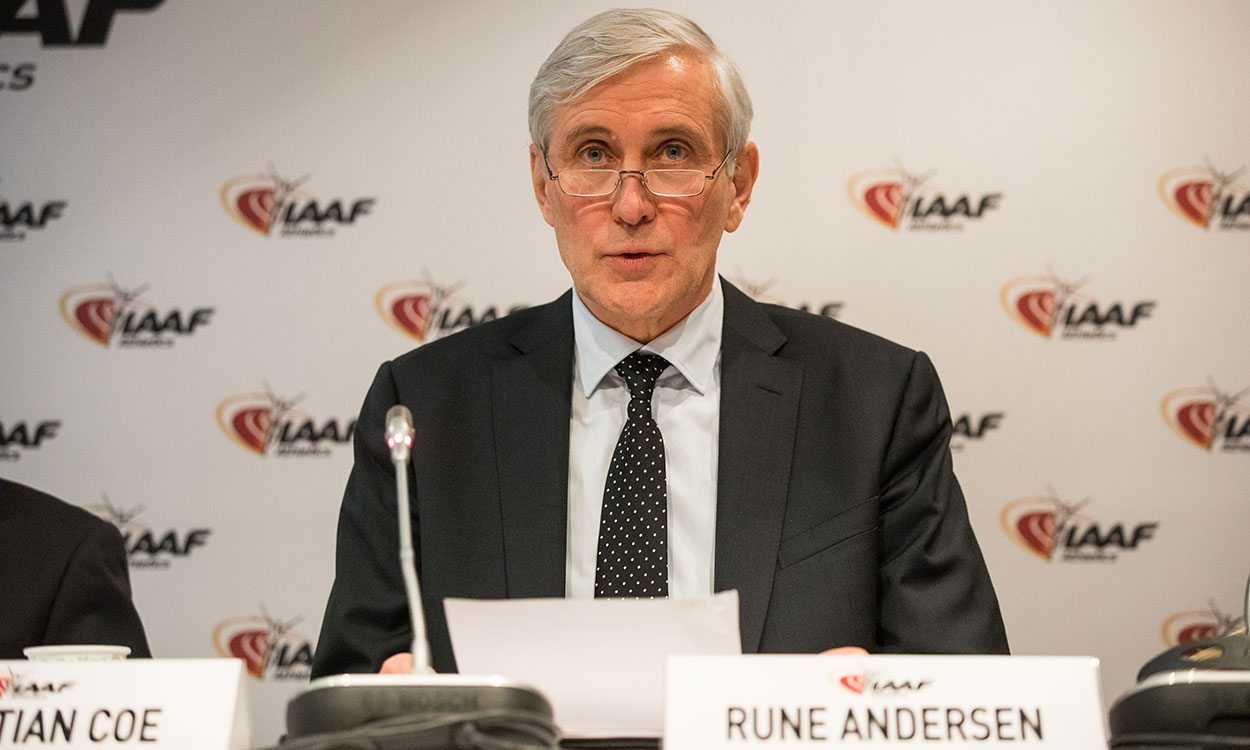 IAAF Taskforce says the Russian athletics federation has still not met required reinstatement conditions, though athletes can continue to apply to compete neutrally in international competitions

Russia is not likely to have a team at the London 2017 IAAF World Championships in August after an International Association of Athletics Federations (IAAF) Taskforce ruled that the Russian Athletics Federation (RusAF) is still not ready for reinstatement as an IAAF Member.

Speaking at a press conference following the 208th IAAF Council meeting in Monaco on Monday (February 6), IAAF president Seb Coe said the Council had unanimously accepted the decision and the conditions outlined by the Taskforce in its interim report.

An expected earliest date for reinstatement was stated by IAAF Taskforce independent chairperson Rune Andersen to be November 2017.

The IAAF reinstatement is linked to the ability of the Russian Anti-Doping Agency (RUSADA) to start functioning fully in accordance with the World Anti-Doping Code.

“The Taskforce members were told that RUSADA remains on track to start its own testing again in May 2017…with a view to full reinstatement in November 2017,” Andersen wrote in his report.

The suspension of RusAF as an IAAF Member has been in place since November 2015 and it came after a World Anti-Doping Agency (WADA) Independent Commission report detailed findings including a “deeply rooted culture of cheating” in Russian athletics.

As a result of the suspension, Russian athletes are banned from competing for Russia in international competitions, though competing as neutral athletes before the suspension is lifted remains a possibility.

At the press conference on Monday, Andersen announced that further to this a blanket approval allowing all under-15 Russian athletes to compete in international competitions had been approved by Council.

The IAAF stated that as of Monday, 35 Russian athletes had so far applied in 2017 to compete as neutral athletes in international competition.

“Our priority is to return clean athletes to competition but we must all have confidence in the process,” said Coe. “Clean Russian athletes have been badly let down by their national system. We must ensure they are protected and that those safeguards give confidence to the rest of the world that there is a level playing field of competition when Russians return.

“This is why the IAAF has increased the number of Russians in the IRTP (IAAF International Registered Testing Pool) to guarantee they have undergone a long-term recognised, independent and fully WADA Code-compliant drug-testing programme.”

A roadmap to reinstatement has been outlined by the Taskforce, with milestones to be met including satisfaction of all outstanding verification criteria and the reinstatement by WADA of RUSADA as the official code-compliant national anti-doping organisation for Russia.

Andersen’s full interim report on the reinstatement of RusAF can be found here.

A freeze of the IAAF’s transfer of allegiance process was also announced by the world governing body on Monday and more on the decision can be read here.