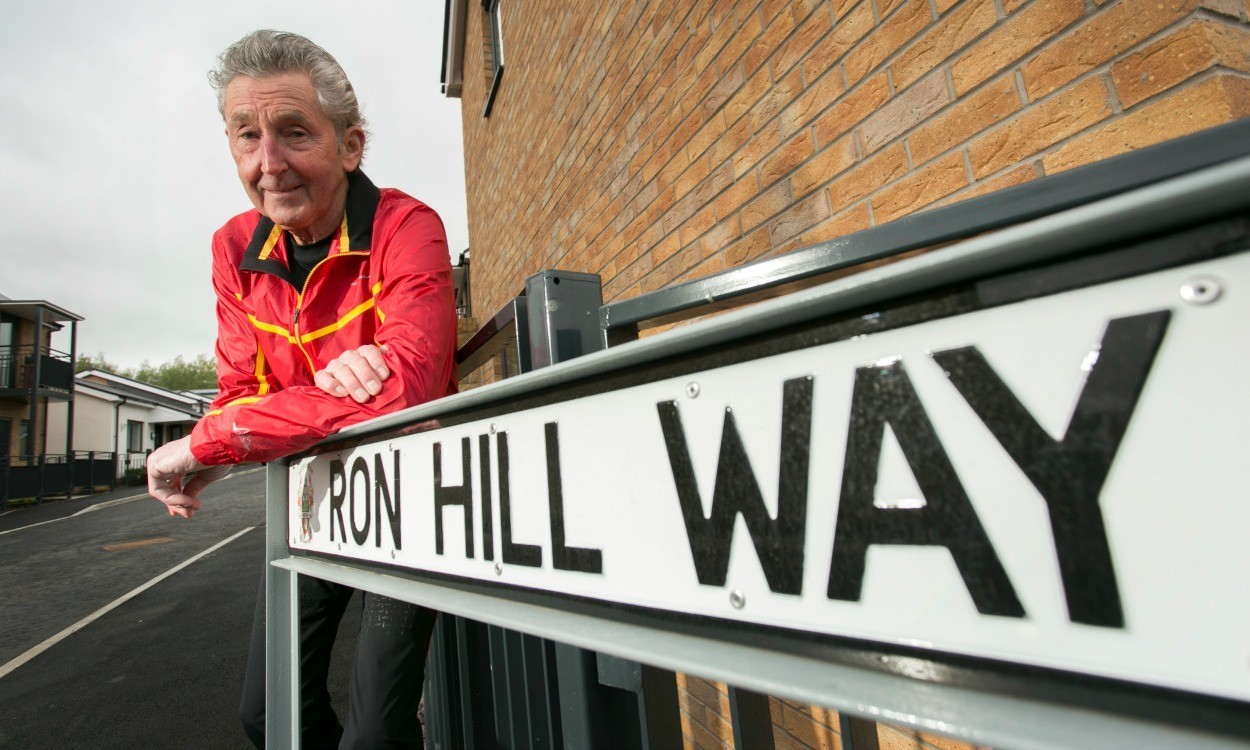 Ron Hill has had a street in his home town of Accrington named in his honour.

With the running legend’s many successes having put the Lancashire town on the map, it was decided Hill should also be marked on the map in return.

Alongside his European and Commonwealth marathon titles, the 75-year-old is famous for his impressive streak of having run every day since 1964.

During those 50 years, the 2:09 marathoner has clocked up more than 159,000 miles since he began his training logs in 1956 while studying at Accrington Grammar School.

“It’s an unbelievable gesture to have a street named after you,” said Hill. “I’m very proud to be part of this regeneration scheme for west Accrington as I was born only 400 metres away from this street.

“I have no intention of stopping running at all,” he added. “I just hope I can inspire people of all ages to take up running or to continue running as long as they can.”

On his own inspiration, he credited a cartoon hero who happens to be currently making a return in Athletics Weekly, the latest adventure appearing in the May 1 issue.

“When I was young I was inspired by a comic book character called Alf Tupper, a working class underdog who used to appear in The Rover and The Victor comics,” said Hill. “I never imagined I’d have any success myself, I just loved to run.”

Ron Hill Way has been built as part of a £55m partnership between Keepmoat and Hyndburn Borough Council.