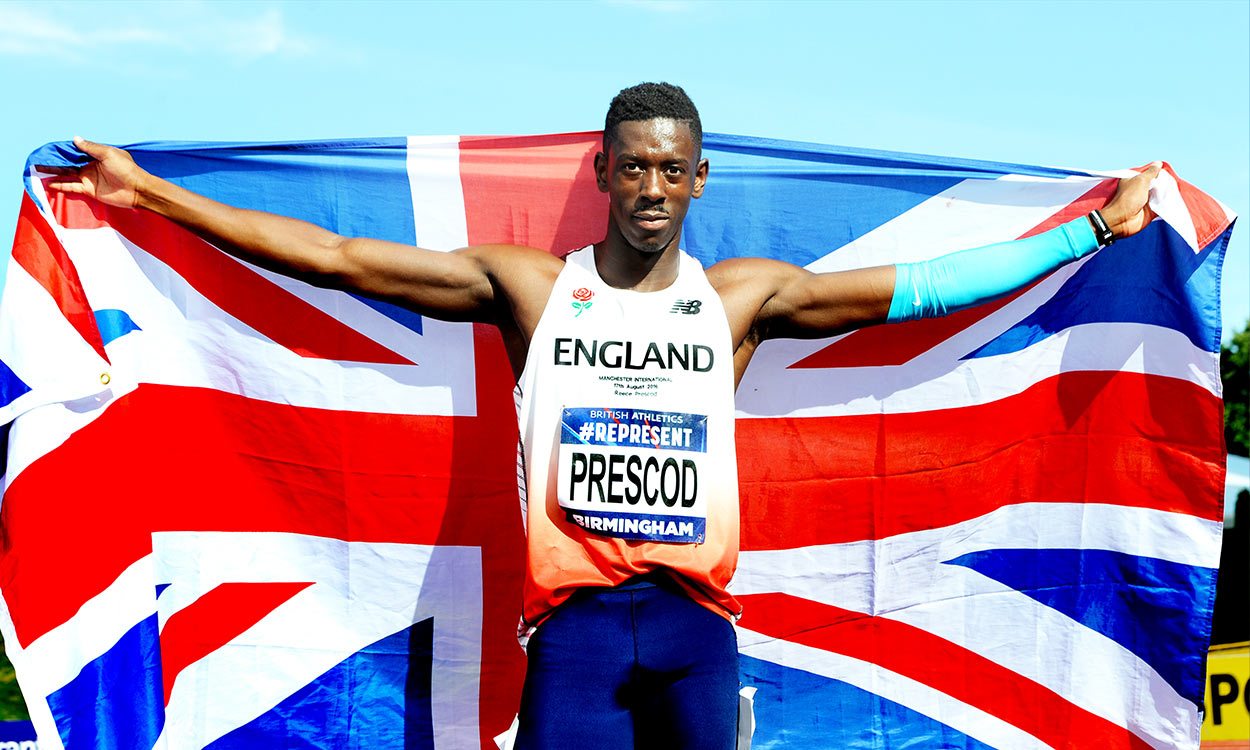 Despite winning the British 100m title in Birmingham earlier this month, Reece Prescod’s best event ultimately might be 200m or even 400m.

The 6ft 4in sprinter was the fastest junior over 200m in Europe in 2015 and has even been touted as a future one-lap star.

Most 100/200m athletes would squirm away from any talk of tackling 400m, but Prescod does not mind the idea.

“I’d like to keep my options open,” he said.

“I think I have quite good stamina, so I think I could handle one more bend in a race”

On the one-lap challenge, he added: “I’ve done quite a few gruelling 300s in training and I think I have quite good stamina, so I think I could handle one more bend in a race.”

The quietly-spoken Enfield & Haringey athlete was featured extensively in AW last December when we highlighted him as one of the athletes to watch in 2017.

After taking 100m gold in Birmingham in 10.09, he said: “I’ve definitely been the dark horse and have come up under the radar. But I definitely think there is more to come.

“Myself and my coach were talking about areas that I could improve in, like my start and execution.”