Race walkers unite to save their sport 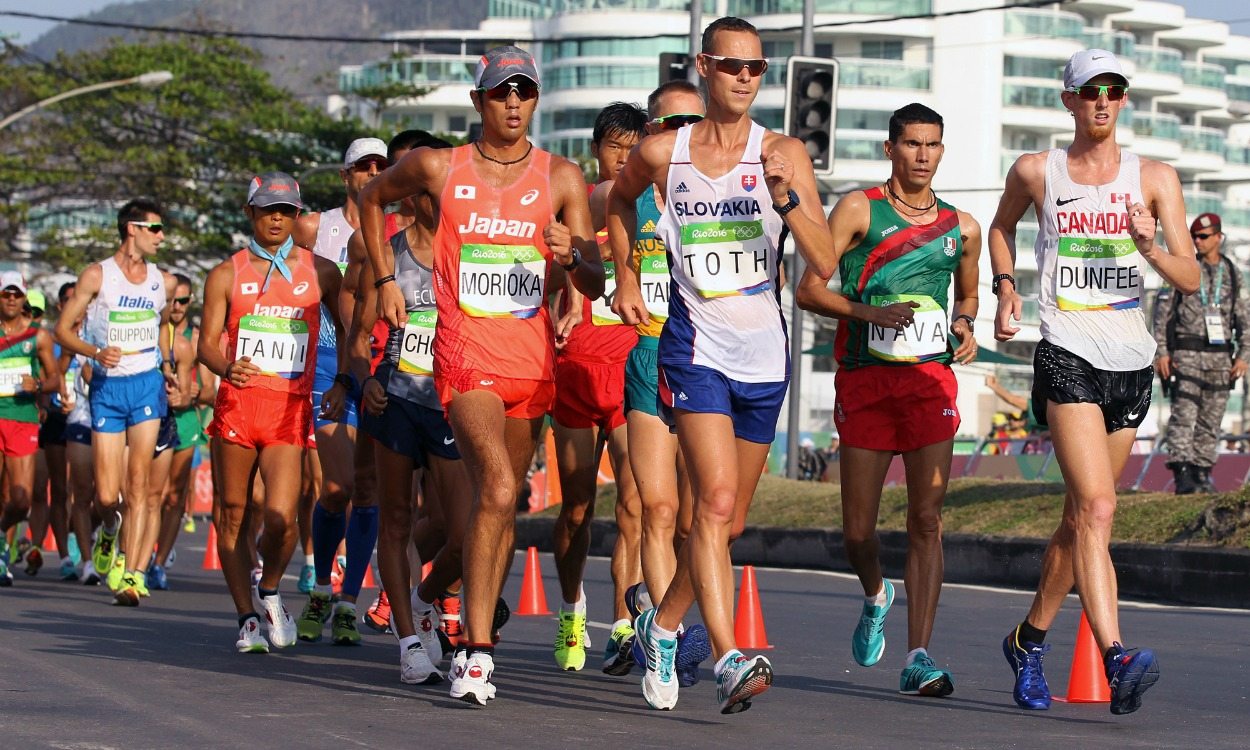 The race walks community has cranked up its efforts to thwart plans by global athletics officials to alter championship race distances and introduce computer chips into shoes.

The IAAF race walking committee has proposed that current 20km and 50km racing distances will move to 10km and 30km from the 2023 IAAF World Championships, with electronic insole technology to be used from 2021.

The rule changes are poised to be agreed by the main IAAF council on March 10-11 but an action group has been formed to oppose the ideas.

A website has been set up with a hashtag #savetheracewalking to spread awareness over what many current and ex-race walkers believe are potentially harmful changes.

In addition, many leading race walkers have taken to social media in protest to pose with their arms crossed and one hand open and the other a closed fist to signify the number 50 and their support for the survival of the 50km discipline.

They include Yohann Diniz, the world champion and world record-holder for 50km from France (see below), and Majeth Toth, the Olympic 50km champion from Slovakia (main image, pictured above in action).

Chris Maddocks, the five-time British Olympian and UK 50km record-holder is also against the changes and told AW: “I speak for the majority in the global walks fraternity who strongly oppose these propositions. Most want to see the retention of current 20km and 50km distances.

“I’m really hoping a u-turn is possible and 20km and 50km distances are retained. Over the years I read other athletics events have also come under threat… shot put, triple jump, even the 200m!  Doesn’t tradition, history, mean anything to proponents of these moves?”

In addition, Peter Marlow, the 1972 British Olympian, last month resigned after 43 years on the IAAF race walks committee in protest over the changes.

The new group says: “The IAAF race walking committee wants to delete 20km and 50km, reducing race distances to 10km and 30km. If this happened, our discipline would be destroyed, murdered.

“Many race walkers all over the world are against it, the IAAF RW committee don’t represent us but only megalomania and the interests of a few people. The crazy proposals of the IAAF committee will be voted by the IAAF council on March 10, we must protest and act so that these proposals are not approved.

“Race walking has an identity, a discipline does not bend to presumed media needs. More than 100 years of race walking Olympic history can not be ignored.”

IAAF Race Walking Committee want to change 50km to 30km for major champs. The essence of our sport is endurance. This won't truly be tested if it is shortened. #savethe50km #savetheracewalking

1 Keep current 20km/50km as the international race walking distances until after the 2024 Olympics.

2 Use this extended timeframe to properly test the new shoe insert technology.

3 Work to enhance the current 20km/50km events to make them more attractive to the general viewing public.

4. Visit this issue (if it still exists) again in 2024 once the shoe insert technology has been deemed to work (or not).

The IAAF race walking committee is chaired by 1980 Olympic champion Maurizio Damilano and the global governing body said in a statement last month that the proposals “reflect the reality that the event programme across all major athletics meetings and events will become shorter and more dynamic so innovation is required in race walk to ensure it remains a core discipline in the World Championships and the Olympic Games”.