Omar Craddock on being happy and healthy 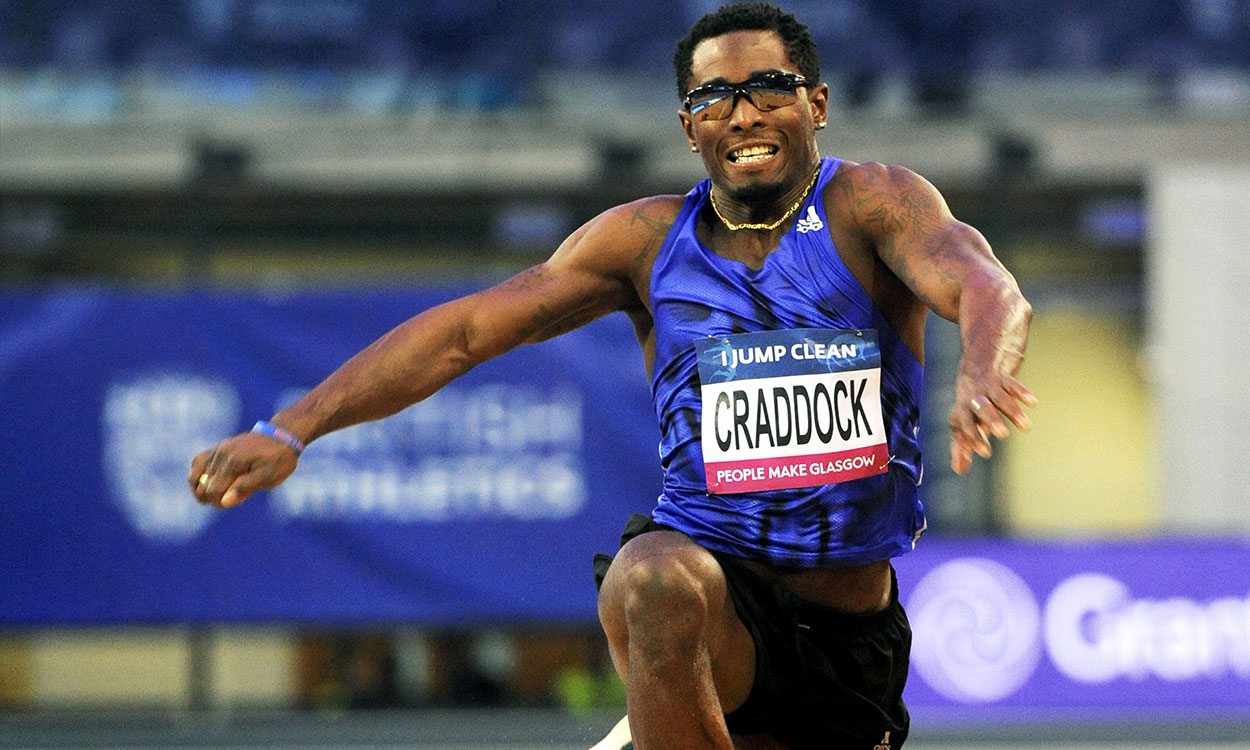 The fact that Christian Taylor won the triple jump in the Doha Diamond League on Friday is unlikely to make headline news. A prediction that the reigning world and Olympic champion would win the event would surprise no one.

The reality is that Taylor only just won the competition and with his last jump. His friend and fellow Gator (University of Florida alumnus), Omar Craddock, almost led the event from start to finish.

Opening with 16.95m to take the lead, Craddock followed it with 17.08m. Taylor hit the seventeen-metre mark in the third round with 17.02m and again in the fifth round with 17.06m, but Craddock was still in the lead. With his final jump, Taylor nailed the big one – 17.25m to win.

Craddock’s fourth jump was 13.67m when he landed badly. “I hit my heel wrong and I didn’t feel right so I shut it down,” he explained. With Craddock having to pass on his final two jumps, the door was opened for Taylor.

Craddock pronounced himself well satisfied with the day. “It went great,” he said. “I was leading all the way to the final jump and then Christian won it in Christian fashion. More power to him.”

After a difficult 2016, Craddock said he was pleased to be competing. “It’s just a blessing to be here because last year I was supposed to be here but had a torn hamstring and now in 2017 I’m healthy and here so I’m happy and thankful.”

Craddock is an impressive human being as well as a great jumper. Last Christmas, concerned for the homeless in the city where he lives, San Diego, he both drew attention to their plight and did something about it. Noting that there were 1100 homeless people in one part of San Diego alone, he launched a programme to give 100 homeless people the full Christmas experience – food, blankets, a Christmas present, as a sign of love and thoughtfulness at Christmas.

Other athletes gave time and money to help bring his project to reality. At a time when our sport is dominated by so many negative headlines it is good to be able to report on one man who adds compassion to an athletic talent.