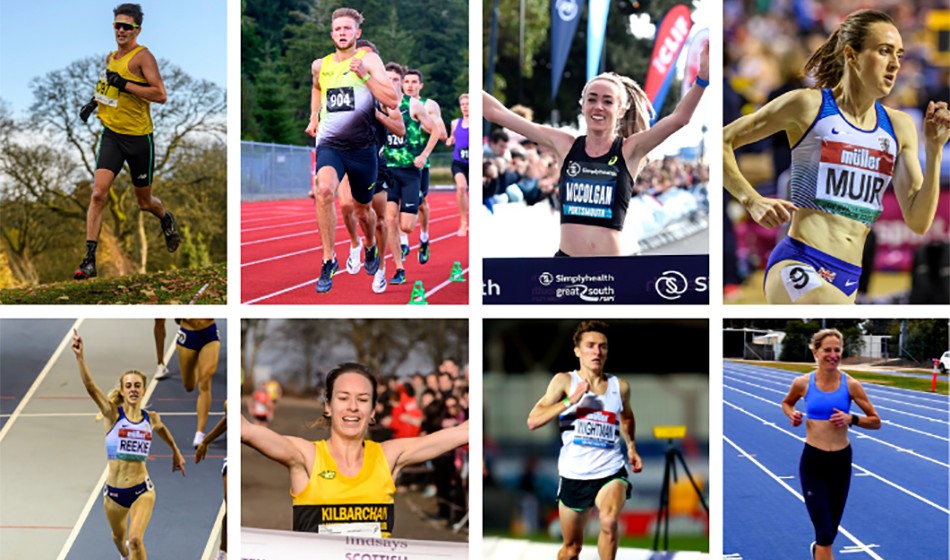 A total of eight athletes are shortlisted for the 4J Studios ‘performer of the year’ accolade which was won by Callum Hawkins a year ago, with the winner to be announced on Saturday (October 10) via a special broadcast from Scottish Athletics on YouTube.

The evening will also see a celebration of coaches, clubs, volunteers and officials, with Scottish Athletics introducing a couple of special awards to reflect the extraordinary circumstances of 2020 and recognise innovation and dedication to keep the sport active during lockdown.

Performer of the year shortlist

Eilish McColgan: Won the Great South Run 10-miler then in early December went second on the all-time list for 10km. She also had some solid track performances.

Laura Muir: Delivered great consistency across her racing and broke the British record at 1000m. Also clocked a world lead at 1500m.

Jemma Reekie: In a breakthrough year, Reekie lost only one 800m race. She ran five of the world’s top 14 times and led the world indoor rankings with 1:57.91, also breaking British, Scottish and British under-23 records along the way.

Steph Twell: Set a Scottish marathon record with 2:26:40 in Frankfurt at the end of October last year, which is inside the 12-month period for performer of the year consideration.

Joasia Zakrzewski: Over in Australia she captured the Scottish 24-hour record with a track run of 236.561km to beat the mark of 233km held by Fionna Ross and broke other records, too.

“It is difficult every year to pick the best Scottish performances because there are usually so many to choose from and that is actually no different this time despite the special circumstances of 2020,” said Stephen Maguire, director of performance and coaching at Scottish Athletics.

“It looks hugely promising for next year, despite all the difficulties presented by lockdown and the lack of events, group training, physio support and so on for a very long time in the middle of the summer.”

The performance coach of the year category has two nominees in Geoff Wightman and Andy Young, while Philippa Millage and Zakrzewski are both nominated for masters performer of the year.

The shortlist for under-20 performer of the year includes Scott Brindley, Joe Ewing, Megan Keith and Eloise Walker, while the under-17 shortlist features Alyson Bell, Rebecca Grieve, Anna Hedley and Katie Johnson.