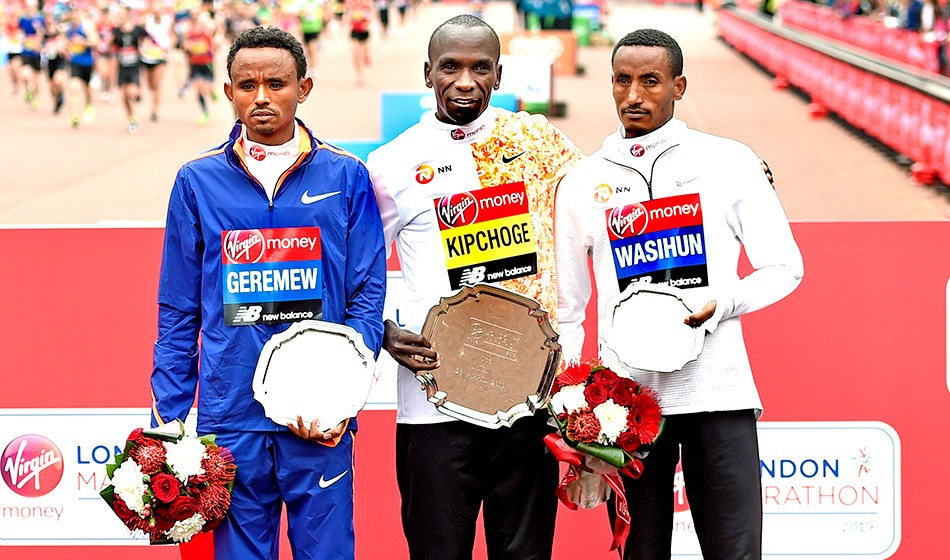 Mosinet Geremew and Mule Wasihun are set to return to the Virgin Money London Marathon on April 26 after finishing second and third respectively behind four-time winner Eliud Kipchoge last year.

With Kenya’s Kipchoge already confirmed, it means all three podium finishers from last year will be back racing on the streets of the UK capital and they will be joined by Ethiopia’s Shura Kitata, who was fourth last year and second in 2018.

Geremew ran the fifth fastest eligible time in history of 2:02:55 to take second place behind Kipchoge in 2019 and then secured silver at the IAAF World Championships in Doha, while his fellow Ethiopian Wasihun clocked 2:03:16 in London last year for the 11th fastest ever legal marathon.

“Last year’s Virgin Money London Marathon elite men’s race was one of the best races we have seen for many years,” said Spencer Barden, head of elite athletes.

“Mosinet Geremew and Mule Wasihun pushed Eliud Kipchoge as hard as I have ever seen but ultimately could not hang on to the great man in the final two miles. But they will have taken confidence from last year and will come back this time round looking to cause a real shock.”

Kipchoge, who made more history by becoming the first human to run a sub-two-hour marathon at the INEOS 1:59 Challenge in Vienna in October, is looking to become the most successful able-bodied athlete in London Marathon history by winning a fifth title in 2020.

This is the second of London Marathon’s ‘elite week’ announcements, with further athletes to be confirmed in the coming days. Click here to read more about this year’s fields.