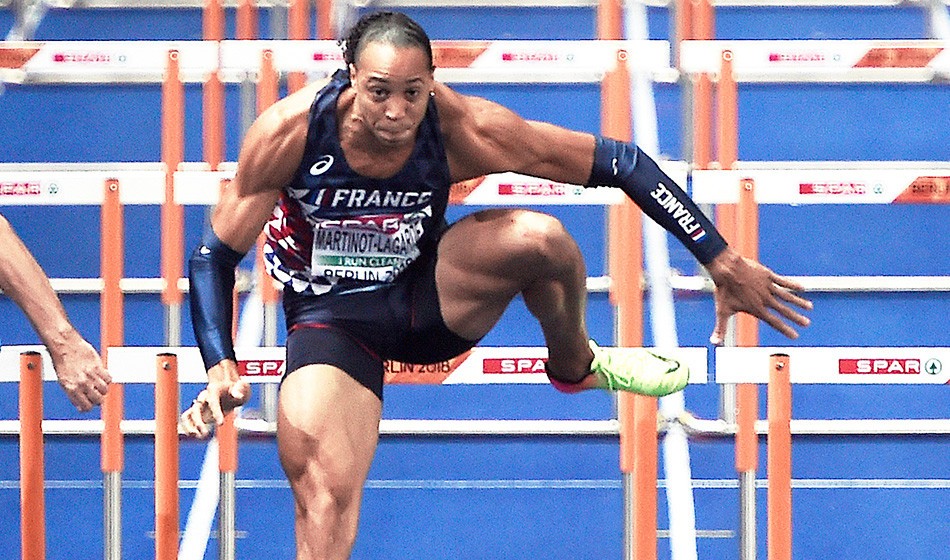 Two new events – a mixed shuttle hurdles relay and a mixed 2x2x400m – have been added to the programme for the IAAF World Relays taking place in Yokohama on May 11-12.

Joining the men’s and women’s 4x100m, 4x200m and 4x400m plus the mixed 4x400m, it means there will now be three men’s events, three women’s events and three mixed events being contested.

In the mixed shuttle hurdles, each of the two male members of the team will run 110m in one direction and will hand over to one of their two female team-mates, who will run back up the straight. To account for the extra distance, women will run out an extra 10 metres at the end of their leg.

“I’m excited that the hurdles can be part of a relay,” said Australia’s world 100m hurdles champion Sally Pearson. “I always enjoy participating in the traditional relays and now that my own event can be incorporated into a team event, it makes the World Relays even more enticing!

“I’m still on the comeback trail from my achilles injury that ruled me out of the Commonwealth Games last year and so I haven’t decided when I’ll make my return yet,” added the 2012 Olympic champion. “It all depends on what the body decides. If I can make the IAAF World Relays a part of my pre-World Championships schedule, I’ll be one excited athlete – especially now that the hurdles is featuring!”

US indoor champion Sharika Nelvis is also excited by the prospect of being able to compete at the World Relays and said: “This is super great news.

“I’ve always wanted to be in a shuttle hurdles relay. Hopefully this opens the door to it being in the Olympics one day in the future, but it being at the World Relays is a great start. And it should be fun!”

France’s European champion Pascal Martinot-Lagarde (pictured) also backed the new additions and said: “I’ve always been a little envious because I could never take part in a sprint relay. But now that the IAAF is introducing the shuttle hurdles relay, the world is in for a great show. It’s going to be fantastic and you can count on me!”

The mixed 2x2x400m, a form of an endurance relay event, will require both members of the team to run two 400m legs of a relay. As with the mixed 4x400m, each team can choose to start with a man or the woman. The athletes then take it in turns to run their two legs of the relay.

Inspired by a mixed relay event introduced to biathlon in recent years, the 2x2x400m replaces the 4x800m relay.

“I like the idea of this relay because it’s comparable to the 800m,” said Poland’s European 800m champion Adam Kszczot. “I love it actually.

“I like the fact that both men and women get to compete together. I was speaking to Justyna Swiety-Ersetic, who won the European 400m gold and 4x400m gold in a short space of time. This relay is quite similar to what she did and we would both love to be involved.”

IAAF president Sebastian Coe commented: “The IAAF World Relays is our youngest World Athletics Series event and it was designed to be fun for our athletes and fans so it’s the perfect place to try new formats.

“I’ve been championing innovation in our sport since I took the reins so it’s great to see the addition of a dynamic relay that will showcase our sprint hurdlers and I’ll be fascinated to see how the mixed 2x2x400m relay unfolds as a new endurance event that has never been tried before in athletics.

“I’m sure that both will contribute to the youthful, energetic atmosphere of the event, which we’re confident will be a resounding success in our new host city Yokohama in May.”