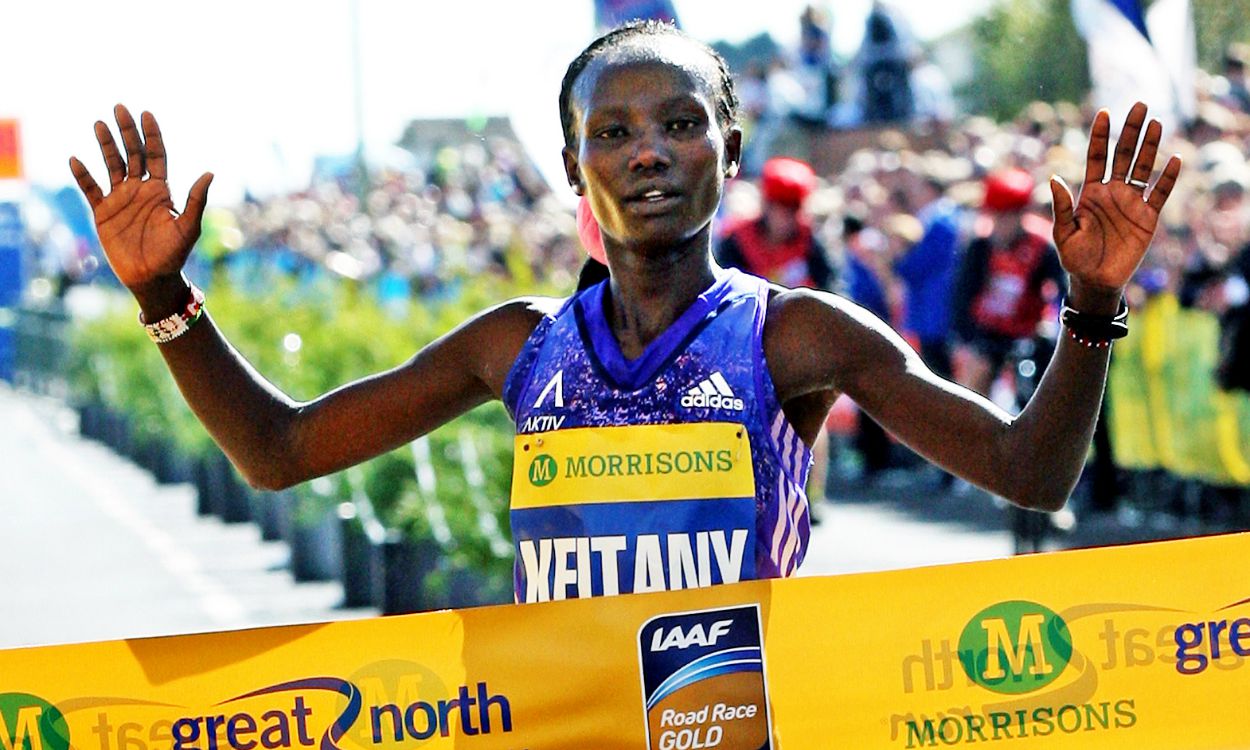 Dathan Ritzenhein will also go for victory in Newcastle in September

Mary Keitany, Jo Pavey and Dathan Ritzenhein are to take on the Simplyhealth Great North Run on Sunday, September 10.

Keitany, whose 2:17:01 in the London Marathon was the quickest in a women-only race, will return to Newcastle this year after having won the half-marathon in 2014 and 2015.

Pavey will make it a fifth Great North Run, 11 years after her first appearance in 2006, while in the men’s race Ritzenhein will be battling to improve upon the second place he achieved in 2016.

Keitany’s last appearance on Tyneside saw the 35-year-old Kenyan defend her title, winning in 67:32, and the two-time London Marathon champion is  relishing her return to the event.

“I have won there twice and, if all goes to plan, I would love to make it a third,” said Keitany, who is also racing the New York City Marathon a few weeks later on November 5.

Pavey, meanwhile, will be aiming to take victory in an event that has eluded her thus far. Twice a winner at the Great Manchester Run and Great South Run, victory on the South Shields coast in her fifth attempt would complete a tidy treble for the 43-year-old.

Pavey, whose best finish in the Great North Run was third in 2008, said: “I’ve got lovely memories of competing in the race. The course is brilliant and the crowds lining the route are amazing.

“It’s the biggest half-marathon in the world, so it’s always exciting to take part. I have great memories of doing it – my half-marathon PB is from this race. I know what a great course it is.

“I’m focused on putting in a good performance. It all depends on the competition on the day. You always try to put in your absolute best performance on the day and focus your training towards that.”

In the men’s race, Ritzenhein is the first name to be announced to take on Sir Mo Farah’s crown. The Brit has three consecutive Great North Run victories under his belt, but Ritzenhein pushed Farah close last Autumn, with the 34-year-old outsprinting the American on the steep downhill section a mile from the finish.

Ritzenhein is in good shape having taken victory in May’s Simplyhealth Great Manchester Run ahead of Bernard Lagat and Stephen Mokoka, and is keen another crack at the world’s biggest half-marathon.

“I feel there’s a little bit of unfinished business in this race having come so close last year,” he said. “I’m in good shape, Manchester was a great win for me and hopefully I can take this form through the summer into a good performance at the Great North Run.”