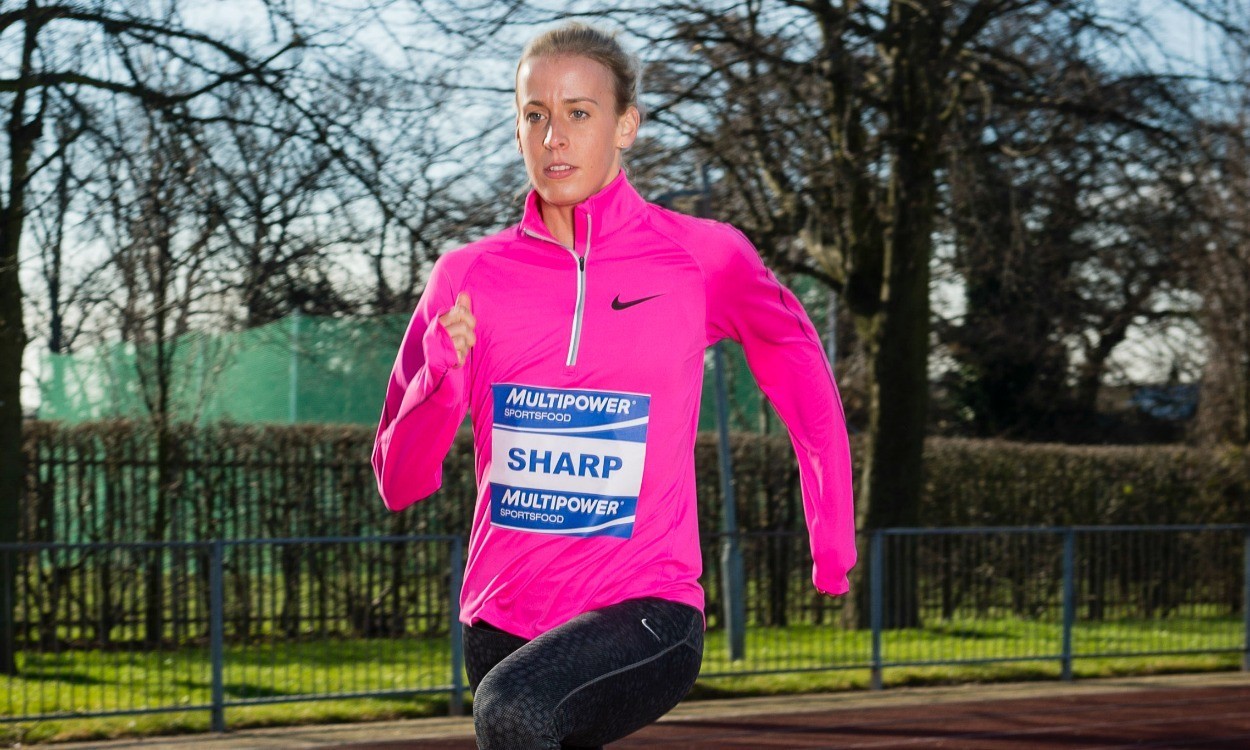 In a year which features a Commonwealth Games on home soil and a European Championships to which she’d go as defending 800m champion, Lynsey Sharp has set herself the extra target of making Scotland’s 4x400m relay team when the Games take place in Glasgow this summer.

And the Scot says she is feeling in good shape as she looks forward to making her return to competitive action this month after almost a year out through injury.

Having been training hard during her time away from the track, the 23-year-old has been using this summer’s schedule as motivation to get her through what she describes as “a really bad time” suffering with a tendon problem that required surgery.

“It’s been a long process but I feel in good shape and I’m so happy to be back training and looking forward to racing,” said Sharp. On her time out injured, she added: “The whole thing has taken a lot longer than it should have. It turned into me missing the whole of 2013 rather than it being a couple of months. I was happy to see the back of the year.

“I didn’t really realise how miserable I was until I was back training. It was a really bad time.

“2014 has been in my mind since the day the Commonwealths were announced. That was my motivation the whole time I was injured, getting back for that and obviously defending my European title is huge as well.”

With her coach Terrence Mahon having left his lead endurance coach role at UK Athletics last September to return to the USA, Sharp has been spending time working with the training group of sprints and jumps coach Rana Reider. While improving her speed gives her something extra to add to her 800m running, Sharp reveals that she’s also keen to be considered for a place in Scotland’s 4x400m relay team for the Commonwealth Games.

“I’ve been working with Rana’s group quite a lot,” explains Sharp, who spent time training in South Africa over the winter. “Rana has been looking after me over here while Terrence still writes my programme.”

In the next few days she will travel out to Florida to catch up with Mahon before spending three weeks with Reider’s group and returning to competitive action.

“Rana has been helping me out with technical stuff and improving my mechanics,” says Sharp. “Terrence still writes my programme but Rana’s sort of like the eyes on the ground.

“I’ve been working on my speed and hopefully that’s something that has improved. I’m going to try and do a couple of 400m races early doors to put myself in the frame for the 4x400m,” adds Sharp who will also be looking to get her second 800m qualifying time for the Commonwealths recorded and out of the way as early in the year as possible.

On her chances of making the relay squad, she adds: “We obviously have some strong contenders like Eilidh Child who is a certainty, Lee McConnell will probably be back from her pregnancy and then there’s Gemma Nicol and some youngsters coming through as well so there’s definitely a few people around but I think if I can get in the team for the 800m anyway then hopefully I will be in the squad for the 4x400m.”

Despite being forced to spend so much time away from the track, Sharp believes that her base fitness could be better now than it was in December 2012 as a result of the work she has put in elsewhere.

“I did bike sessions pretty much every day,” she says. “I’m so glad that I did that and stuck at it, even when everyone was away at Moscow and there was no one here, because that has really paid off now.

“I think having had that time out it’s definitely made me realise how much the sport means to me and how much I want to be one of the top people in Glasgow and at the Europeans this year.

“The sport doesn’t stand still while someone’s injured,” she continues. “There’s definitely British girls that have come through and new names including the girls that medalled at Worlds and those who were perhaps unheard of in 2012 so I’ve got to raise my game.

On the rise of her fellow Scot Laura Muir, she adds: “It’s nice to have someone else Scottish who is up there and fighting for places in British teams as well. She’s versatile over 800m and 1500m so it will be good to get out and race against her.”