London Marathon to be a beacon of light, says Hugh Brasher 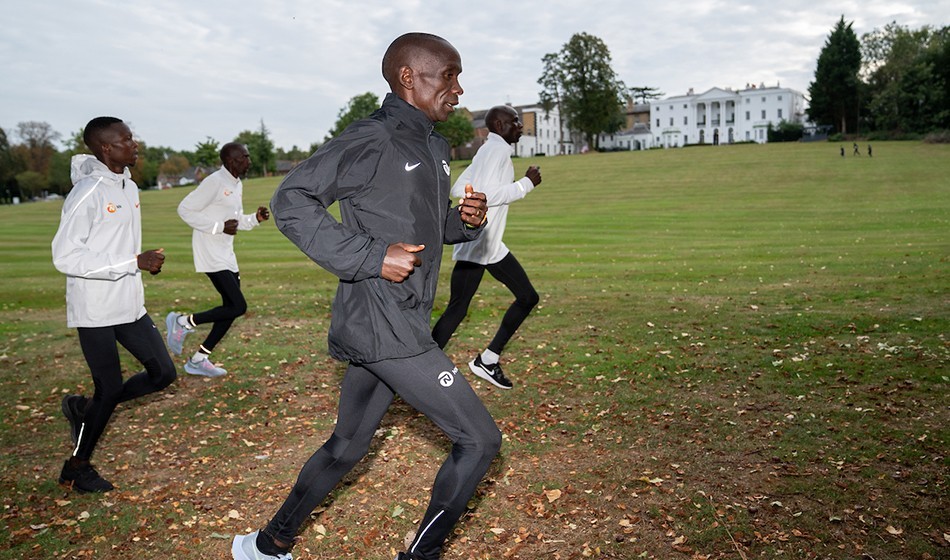 Race director of world’s No.1 marathon explains why Sunday’s event matters more than ever in a year plagued by a pandemic

This Sunday the greatest marathon runners in the world will battle it out on a bio-secure course in St James’s Park in London while elsewhere 45,000 ordinary runners will simultaneously tackle their own virtual 26.2-mile challenge from home. It is happening against all the odds and Hugh Brasher, the race director of the Virgin Money London Marathon, hopes it will be a “beacon of light in the darkness”.

“I am really proud that we’ve been agile enough to put this race on and have been given the support to do it,” said Brasher, referring to the problems caused by the coronavirus pandemic. “I hope we can be a beacon of light in the darkness and that this event will show the power of the family of mankind coming together which was a value that my father (Chris Brasher) and John Disley set out in 1981.”

On the eve of the 40th race this weekend, Brasher said: “When I go for a run, I go past my dad’s grave every now and again. And I had a quiet little chat with him recently where I told him how crazy this is, but this is what we’re doing’.”

Brasher admitted his one-way conversation with his father from beyond the grave is “an odd story” but it typifies an unusual year and, following the postponement of the original race in April, he added his team were “delighted to be able to hold this event with the world’s greatest athletes and at the same time with 45,000 in the largest ever virtual marathon in the world, doing it their way, from their homes … and we hope being inspired by Eliud Kipchoge (main picture and below), Kenenisa Bekele, Brigid Kosgei, Manuela Schar, David Weir. 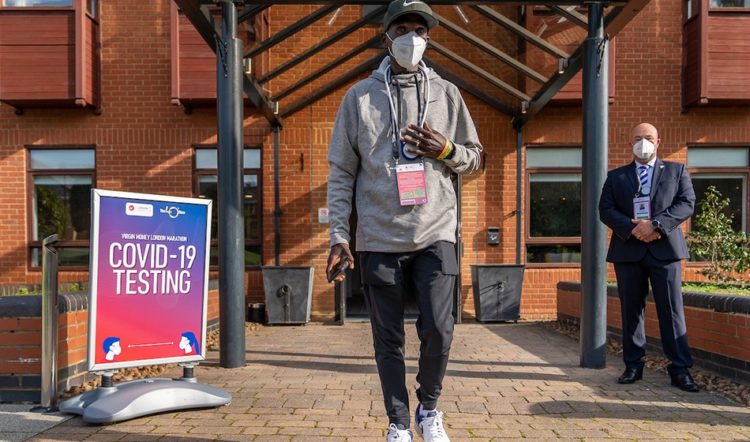 “It will be a 40th race that we believe will live long in the memories for being ‘different’ but for being appropriate for the world that we live in. And even though those 45,000 people are doing that race apart, they are still doing it as one community.”

Speaking five days before the race, Brasher also revealed the elite fields had lost their first athlete, Degitu Azimeraw, due to coronavirus. The 21-year-old, who ran the second-fastest debut marathon in history and a course record of 2:19:26 to win in Amsterdam 12 months ago, tested positive in Ethiopia before travelling to London.

Ethiopian coach Haji Adilo, who advises London Marathon competitors Alemu Megertu and Shura Kitata, also tested positive before travelling but he had not had contact with his athletes in the previous fortnight so they are still safe to race.

They are the first casualties of a stringent system that sees athletes and event staff tested firstly in their country of origin, followed by a further test at their hotel on arrival in London and again 48 hours before the race on October 4.

Organisers will be hoping there are no more positive tests. But nothing is being left to chance with athletes and organisers this week wearing Bump technology – a gadget that buzzes if someone gets too close to you. 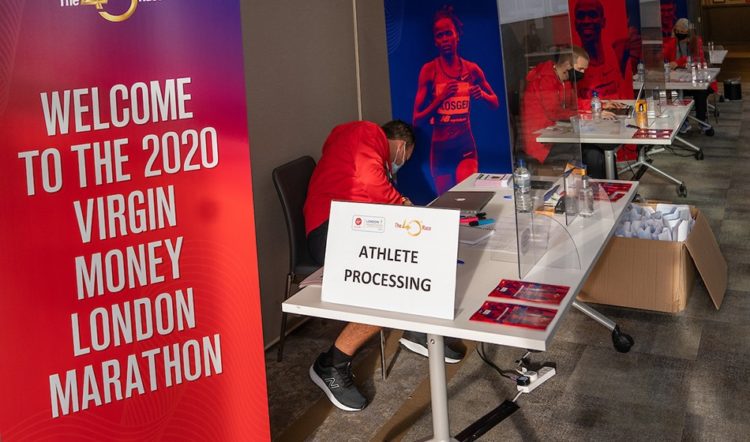 Whatever happens now, London looks certain to be the only race in the Abbott World Marathon Majors series to take place this autumn. “We have a quick course,” says Brasher, on a St James’s Park loop that takes place next to Buckingham Palace and which was almost chosen for the INEOS 1:59 Challenge last year. “And you cannot be in a more iconic location in the world.”

The elite races are set to be shown live on an unprecedented 8hr 20min worth of BBC coverage on Sunday. This includes wheelchair races where an innovation includes mid-race sprints to earn bonus prize money and to “ignite” the races in a similar style to those seen in cycling races over the years.

“We need to see something that’s going to entertain and inspire us,” says Brasher, “and running, cycling and walking are things people are doing more now as a result of Covid-19.”

In addition to the televised races and 45,000 runners tackling a virtual marathon, there is also a virtual Virgin Money Giving Mini London Marathon with 150,000 primary school children running 2.6 miles this week. “It shows the power of the brand and the inspiration,” says Brasher.