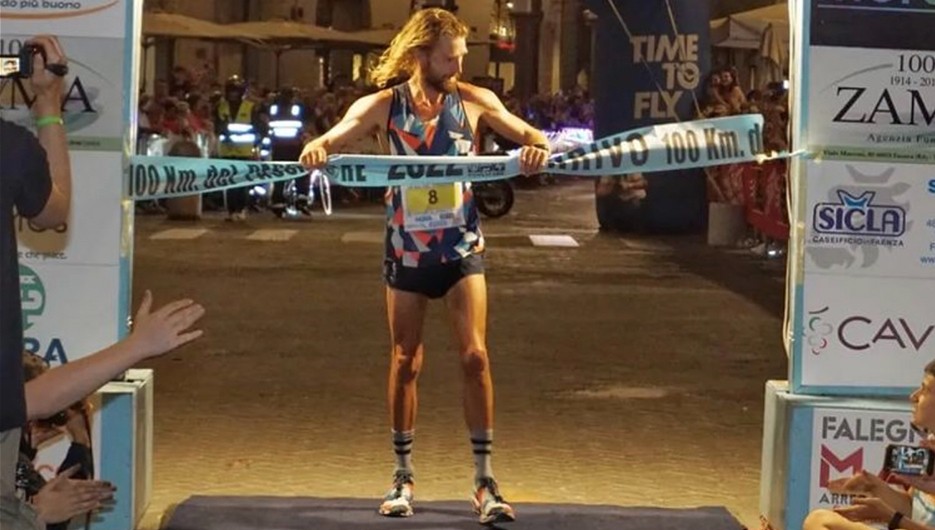 Ultra-distance runner Lee Grantham has followed in the footsteps of the legendary Don Ritchie by becoming the first Brit to win the famed Passatore 100km race in Italy since Ritchie triumphed more than 40 years ago.

Ritchie, who died in 2018, is widely regarded as Britain’s greatest ever ultra-runner and he won the Passatore event when he was at the peak of his career in 1979 and 1980.

Inspired by his exploits in his autobiography The Stubborn Scotsman, Grantham targeted the race and enjoyed a gun-to-tape victory from Florence to Faenza in 7hr 3min 29sec.

Massimo Giacopuzzi finished runner-up with Giorgio Calcaterra, a three-time world 100km champion from Italy who won the Passatore race an incredible 12 times from 2006-17, was third. The women’s title, meanwhile, went to Eleonora Rachele Corradini in 8:29:07.

“The Stubborn Scotsman book tells the story of him getting a train from Scotland to London and then Paris to Florence,” says Grantham. “They still think Don Ritchie is a god over there. He came from the cold of Scotland and won in the heat.”

The race has been described as the most beautiful ultra in the world. It started in 1973 and it would have been the 50th edition this year if Covid had not led to the 2020 and 2021 races being called off.

Leading from the early stages, Grantham endured a painful solo win and admits there were times that he thought about dropping out.

“My calfs were blocks of wood from 30km onwards and I just stopped and stretched three times and each time the course director nearly hit me as he came to a screeching halt,” says Grantham.

“All the cars behind came to a halt and you have loads of people watching you stretch. The support through some of the villages that the race passes through was immense.

“For about the last 3km it’s absolutely nuts. It’s like a mountain finish at the Tour de France. It’s ridiculous. They are so passionate about their sport.”

The 39-year-old grew up competing for East Cheshire Harriers but began playing other sports in his 20s before belatedly pursuing ultra-running with a passion in recent years. In 2017 he won the British 100km title and he holds the course record for the Subido Al Pico Veleta – a 50km race which starts in Granada, Spain, before winding its way up the highest road in Europe to a high-altitude finish.

Grantham, who is sponsored by Swedish sports brand Craft, splits his year between Thailand and Spain in order to train in hot temperatures. He even spent a month earlier this year living with the iconic US distance runner Tommy Rivs in the United States.

Arriving in Flagstaff, Arizona, in May for a training trip, Grantham put out a cry for help on Instagram to see if anyone could suggest a good place to stay. Rivs answered the call with more than mere advice, too. He invited Grantham into his house for a few weeks, although there was just one proviso – the Rivs’ family casually warned him that a pet python snake was loose in the house somewhere.

His victory in Italy follows a frustrating few months when it comes to racing, though. In February he fell over after five miles of the Black Canyons 100km in Arizona. Plans to compete in the Tarawera Ultramarathon in New Zealand were also scuppered when the race was called off due to Covid.

On the Black Canyons experience, he says: “I’d had a 35-hour flight to get there but it was a trail race with  sharp rock underfoot. When I fell over at five miles I busted a toe that I thought was broken.

“I felt like an idiot. After that I thought I needed to play to my strengths and that overnight I’m not going to be a good trail runner.”

So Grantham returned to the roads at the Passatore 100km and his next goal is to win the world 100km title in Berlin on August 27.

There is just one problem, however. He has not been selected for the British team as it was named in April following the Anglo Celtic Plate Home Countries International trial race.

Undeterred, Grantham hopes to get one of the open entries that are available. “I’d love to win the world championships,” he says. “I’ve not been picked for Great Britain but you can enter as a club runner. There are only 300 entries but if I’m quick enough I can get one.