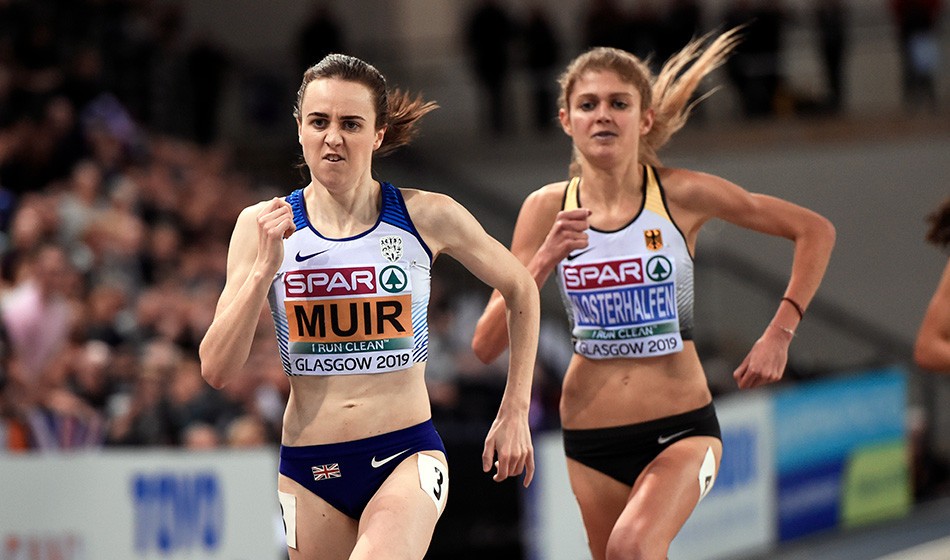 The four-time European indoor gold medallist currently sits second on the global all-time rankings with her European record of 2:31.93 set in 2017 and now she hopes to improve on the 2:30.94 recorded by Mutola in Stockholm in 1999.

Venue for the Grand Prix – the Emirates Arena – is not only where Muir claimed two of her European indoor titles earlier this year but it also serves as the British 1500m record-holder’s indoor training base and she’s keen for another strong performance in front of home fans.

“I can’t think of a better way to begin 2020 and Olympic year than with a world record attempt in my home city and in front of a home crowd at the Müller Indoor Grand Prix Glasgow,” said the 26-year-old.

“Through the hard sessions this winter, knowing that I’ll be stepping back out on to the track in Glasgow will be absolutely huge motivation, as will the opportunity to attack what is a really tough and long-standing world record.

“With that said, I feel that going quicker that 2:30.94 is a real possibility, and I can’t think of a better place to go for the record than in Glasgow and at such a world-class event.”

Tickets for the event are available in limited supply via theticketfactory.com/british-athletics/online