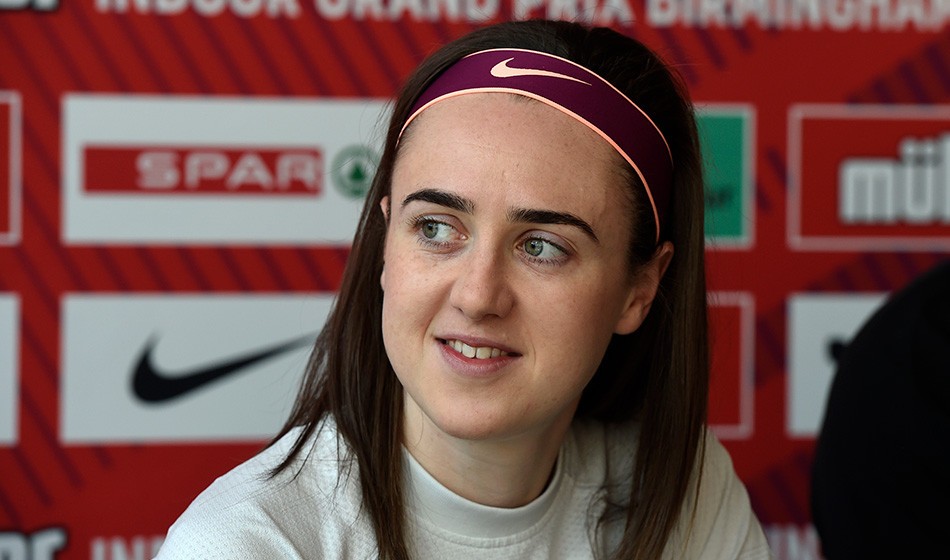 Given her recent performances, it’s no surprise that Laura Muir goes into this weekend’s Müller Indoor Grand Prix in Birmingham feeling good. A 56.9 final 400m to secure the British 3000m title in style came three days after a 1:59 800m in Torun and now the Scot has the opportunity to make another statement as she prepares to defend her two European indoor titles on home soil.

“Pretty much every session and every race, I have been really pleased with,” says the 25-year-old. “The 800m indoors, I was very happy with that. I felt very strong and had to run a bit wide to get round people so I know I could have probably run even faster there.

Muir will contest the mile at Arena Birmingham on Saturday, with one eye on Kirsty Wade’s 31-year-old UK record of 4:23.86 and the other on winning the race.

.@lauramuiruns on Kirsty Wade’s UK record of 4:23.86 and whether it’s a target at tomorrow’s #MullerIndoorGPBham pic.twitter.com/Rudf4sncay

“Tomorrow is about going out there, executing it well, coming away with the win and running a good race in front of a home crowd,” she explained at the pre-event press conference.

“All going to plan, a record should hopefully be on the cards. If I get that it’s another iconic distance, it’s the one in the middle I am missing out of the ones I have indoors. It would be very nice to add another one.”

If the record does fall, it will not surprise Wade. In 2014 the multiple Commonwealth champion and her husband sent an email to Muir and her coach, which read: “We think Laura has something special and we would love to see her name in front of mine in the rankings over the next few years.”

Now Muir is getting ready to defend both her 1500m and 3000m titles at the European Indoor Championships in Glasgow and given her recent form, the Dundee Hawkhill runner believes she can give it “a good shot”.

.@lauramuiruns ahead of #MullerIndoorGPBham and @Glasgow2019: "I know I’m in fantastic shape now. I just need to try and hold that for Glasgow. Just try and not get ill or pick up any injuries. It’s pretty much bubble wrap mode right now until Glasgow." pic.twitter.com/7eMDQLjp0O

“We wouldn’t go for it unless we felt I could do it in the two events. I think I can do that in the form I am in at the minute. It has only been a recent decision these past few weeks but, given my form, we thought we would give it a good shot.”

And given that the championships will take place on her home track at the Emirates Arena, it would make success even sweeter.

“Yeah, that’s the thing. If it had been somewhere else, I don’t know if we would have done it (the double),” she says. “It is quite a big ask to do.

“But to do the double-double in Glasgow, it’s too good an opportunity, if you are running well, to miss out on.”