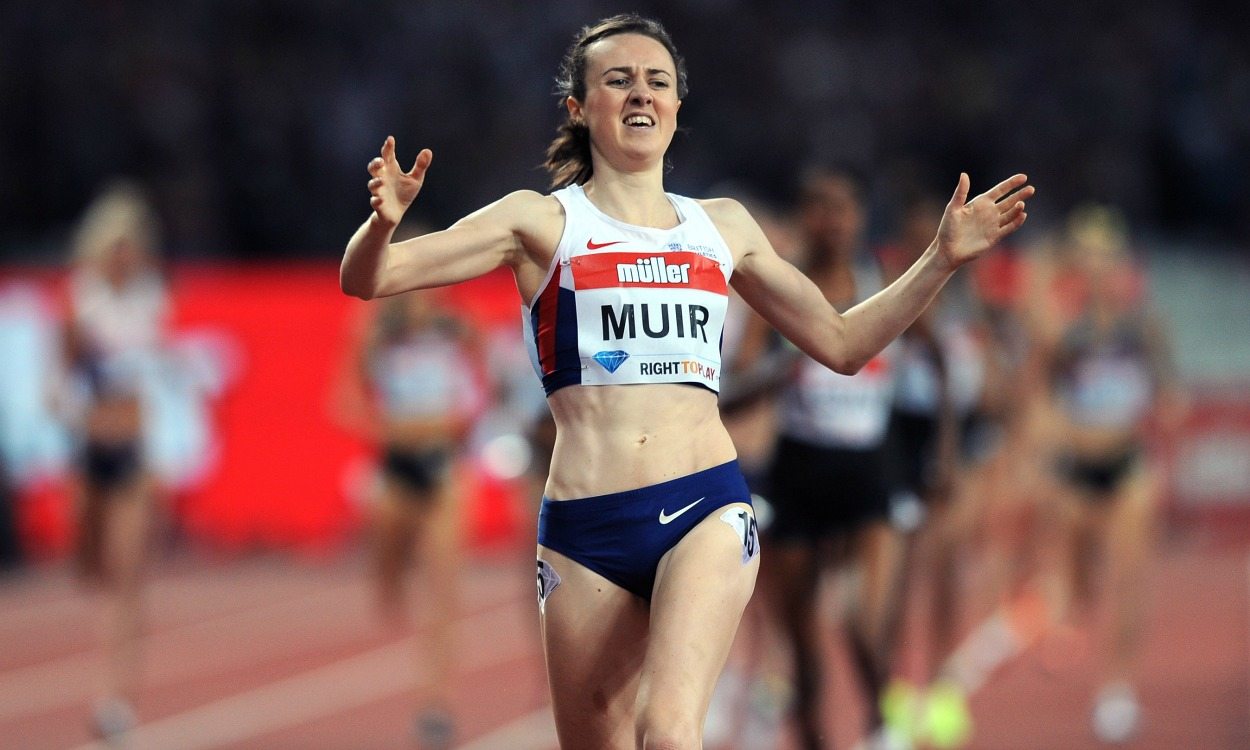 Laura Muir will be looking to continue her record-breaking ways when she competes at the Müller Anniversary Games in London on July 9.

The last time the Scottish star raced at the event, she broke Kelly Holmes’ British 1500m record before later improving it by another two seconds with 3:55.22 in Paris. This time a target will be Zola Budd’s British mile record of 4:17.57 from 1985 as Muir uses the event as an opportunity to experience the home crowds once more before the IAAF World Championships at the same venue a month later.

“I’m really excited,” says Muir, who currently sits second on the UK mile all-time list with her 4:19.12 from Oslo last year. “It was an amazing atmosphere when I ran there last year and the crowd support was brilliant.

“I’m looking to go out there and run a good race, but the British record is also on my mind a little bit. If I can break a British record there, that would be great.”

Muir, who achieved a historic European double together with European and British record-breaking runs over the winter, plans to double up again at the World Championships in August, where she will be eyeing success in the 1500m and 5000m.

She next races at the Prefontaine Classic Diamond League meeting in Eugene on May 27 and on her focus this summer, the 23-year-old adds: “The priority for the World Championships will be the 1500m. That will be my main event so racing this season will be geared towards that.

“Running the mile at the Müller Anniversary Games will be a great opportunity to get used to the atmosphere again in the stadium because it was brilliant last year. It’s going to be great preparation for myself and all the athletes for later on.”

Ahead of the World Championships, does she feel the pressure? “If you’d asked me that a couple of years ago, I probably would have been a bit worried about it,” she says. “There was pressure and I didn’t deal with it very well. I got pretty nervous.

“Now I just take it in my stride and I see pressure more as support. I know the reason why the pressure is there is because people are expecting me to do well. Now I see it as support and I know I run better when I’m relaxed.”

Describing Budd as “one of the icons of British distance running”, Muir, who has worn the same pair of spikes in each of her races since her seventh-place finish at last summer’s Olympics in Rio, added that she wouldn’t be joining Budd in racing barefoot when she takes on the mile at the Olympic Stadium.

“My lucky spikes are doing pretty well so far,” she laughs, “so I think I’ll keep them on!”

» For tickets to see the world’s best athletes at the Müller Anniversary Games go to www.britishathletics.org.uk