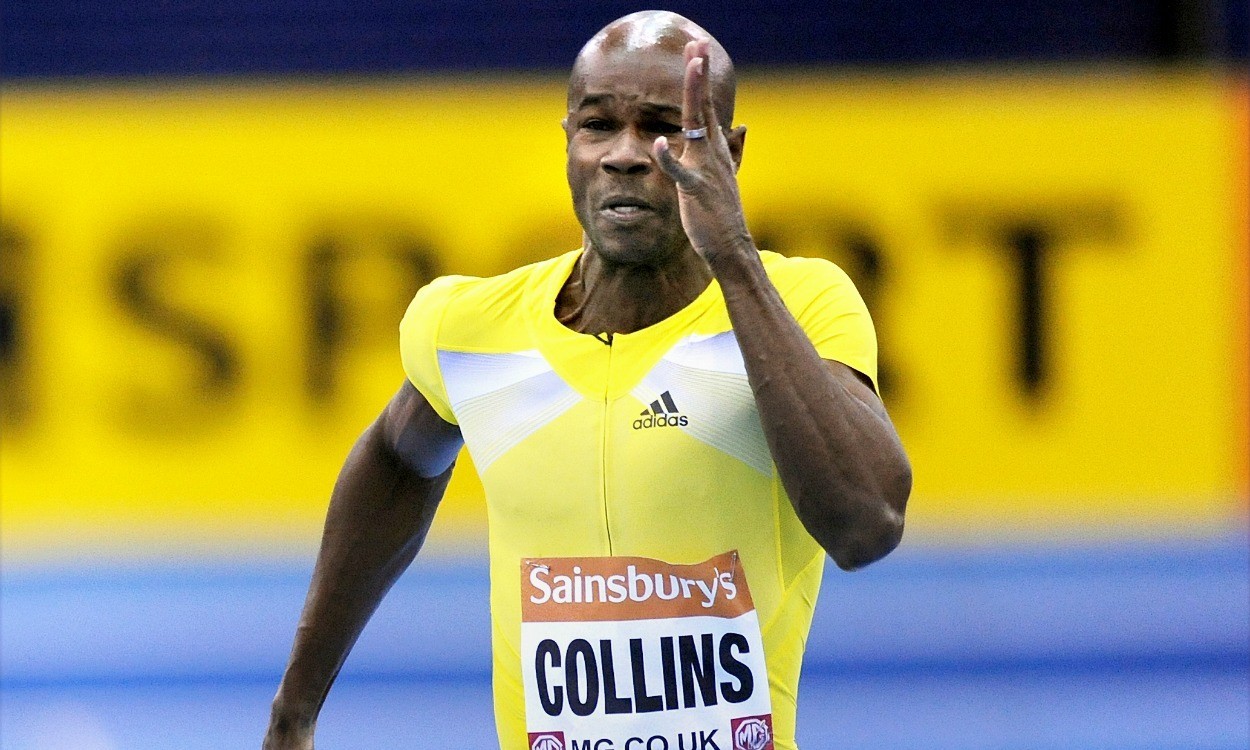 Disappointed with his season so far, the evergreen sprinter is targeting a winning sub-6.50 60m in Birmingham as he reaches a milestone mark

Kim Collins is hoping to mark a milestone 50th appearance on British soil with a winning performance at the Müller Indoor Grand Prix in Birmingham on Saturday.

Despite clocking a world M40 60m best of 6.52 in Mondeville earlier this month, the seemingly ageless sprinter – who ran his 6.47 PB for the distance as recently as 2015 – has been left disappointed with his season so far and hopes to dip under 6.50 again this weekend for the fourth consecutive winter.

“I feel I could have been undefeated up to this point but things don’t always work as you want them to,” said Collins, who will go up against a field including USA’s world leader Ronnie Baker, Britain’s European champion Richard Kilty and Jamaica’s Everton Clarke in Birmingham. “That is part of life, you have to accept the good and the bad.

“I have been trying to run below 6.50 and it’s definitely going to take that to win this weekend.”

As well as it being Collins’ 50th appearance on British soil, with his medal-winning successes including Commonwealth 100m gold in Manchester in 2002 and world indoor 60m silver in Birmingham in 2003, this weekend will also be the 40-year-old’s 10th appearance at the Barclaycard Arena.

Ahead of the venue hosting the IAAF World Indoor Championships in 2018, refurbishment of the 60m straight has been among recent stadium updates and Collins is looking forward to trying it out.

“That excites us as athletes to know that it is a new track,” he said. “You want to post the best time on that track. I’m looking forward to running fast and of course winning.”

“I think it shows the level of commitment and support that this country has in athletics and I personally appreciate all of that because it has given me multiple opportunities to showcase my talent to not just the British public but to the rest of the world.

“Because I compete away from home so much it almost feels like family. When I come here I feel welcome as not just an athlete but as family because you get close to so many people. You feel at home.”

» The Müller Indoor Grand Prix is the number one ranked indoor grand prix in the world. A limited number of tickets are still available at www.britishathletics.org.uk